The best Amazon Fire TV stick deal of the year is available right now, cutting 12.5% off the popular streaming stick that includes voice control from the remote for simplified use. Normally $39.99, the Fire TV Stick is $34.99 for a short period. This $5 discount doesn’t sound massive, but it is the best deal we’ve seen in all of 2017, and the best deal you will see until Black Friday 2017.

If you buy the Amazon Fire TV Stick today, you pay $34.99, but if you wait until November you may be able to save $10 total. For most users, the value of using the Fire TV Stick for several months outweighs the potential for $5 more in savings. 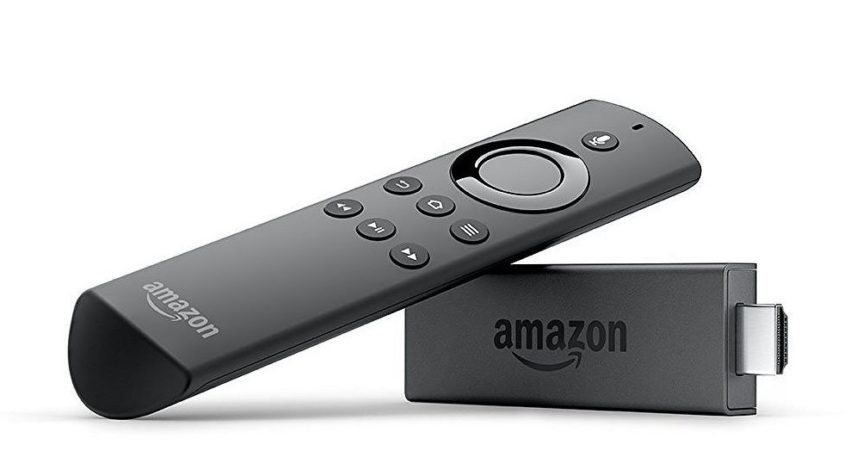 The Amazon Fire TV stick can stream Amazon Instant Video, Netflix, Hulu, HBO Now and even bring Live TV to your TV without cable with services like Sling, DirecTV Now and others. With subscriptions you can also listen to Pandora, watch CBS All Access, YouTube, NBC, the NBA, ShowTime, Watch ESPN and Fox Now. Here’s more on what the Fire TV Stick can do;

Users control the Amazon Fire TV Stick with a small remote that includes physical buttons as well as voice control. You can tell the Fire TV Stick what you want to watch and what apps to open, making it easier to use. We just installed a Fire TV stick at my parents and they are adapting to using it very easily, even though it is their first streaming stick.

The Fire TV stick is small enough that you can even take it with you on vacation or a business trip. Connect it to the local WiFi and then you can watch what you want, where you want.