While some FIFA 16 Black Friday deals are sold out, others are still available and here we outline the best remaining FIFA 16 deals you can take advantage of today.

FIFA 16 is one of the best sports games of the year and it’s worthy of consideration if you’re looking for a soccer game for your PS4, PS3, Xbox One, or Xbox 360 or PC. Konami’s Pro Evolution Soccer 16 is the other.

Black Friday is here and unfortunately, a number of the best FIFA 16 deals are already gone. That said, several solid FIFA 16 Black Friday deals remain and this roundup will detail them so that you can save some cash on EA’s latest installment in the long-running series.

A few of these FIFA 16 deals won’t be available until later this month but there are others that offer savings today. 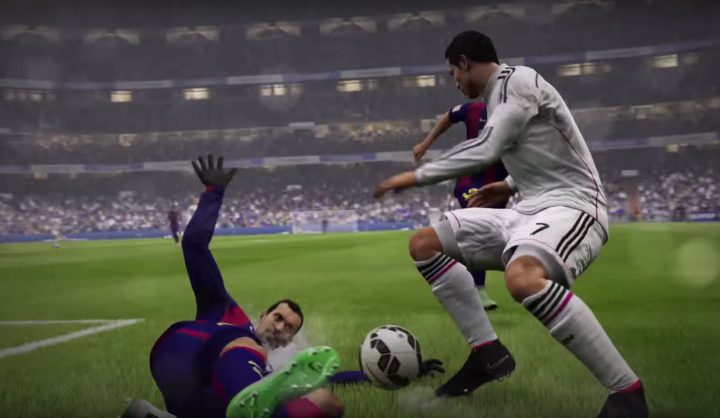 The company is charging just $27 for a copy of the game for these consoles. From what we can tell, these deals are in-store pickup only. You cannot ship the game to your house which means you must brave the Black Friday crowds to take advantage of one of the best FIFA 16 deals available.

If you’re looking to score FIFA 16 with an Xbox One, the company is only charging $350 for its 1TB FIFA 16 Xbox One bundle.

Target’s FIFA 16 Black Friday deal isn’t as good as Walmart’s but you can select free shipping so that you can avoid Black Friday madness.

The retailer’s FIFA 16 Black Friday deal knocks the price down to $35. This deal applies to all console versions of the game including PS4, PS3, Xbox One, and Xbox 360.

Best Buy’s Black Friday deals include a significant price cut on the Xbox One, Xbox 360, PS4, and PS3. Unsurprisingly, the deals match its competitors. If you buy FIFA 16 from Best Buy, you’ll spend $30. If you buy the game in-store, you’ll also save save $5 on 2,200 FIFA 16 Ultimate Team Points.

Save big with FIFA 16 deals at Best Buy.

And yes, Best Buy is also offering the 1TB Xbox One bundle, with FIFA 16, for $350 for Black Friday.

Microsoft is selling its 1TB FIFA 16 Xbox One bundle for $350, same as the rest, but it’s also offering a deal on the digital version of FIFA 16.

The company has taken the price of the Xbox One version of the game down to $35.99 for Xbox Live Gold Members. You will need to sign in to see the price.

Amazon is selling its exclusive steelbook FIFA 16 for $40. That’s down from the game’s usual $60 price point.

The retailer’s best deal though is the $27 is charging for the PS4 and Xbox One versions of the game. It’s a lightning deal and it will be gone once it’s 100% claimed.

If you are looking to save some cash on the PC version of FIFA 16, you can save 45% if you take advantage of the deal at Green Man Gaming.

The retailer is selling codes for $32.99. That’s a steep discount and one of the best FIFA 16 deals you can find today.