Best iPhone Games to Play With Your Kids

This guide shares a list of the best iPhone games you can play with your kids. Fun games for iPhone or iPad the whole family can enjoy throughout 2020. It’s no secret that doing things as a family is a good idea, especially these days, so throw some games on the family iPad. It’s also no secret that a child will never pass up the opportunity to steal your phone and play some Minecraft.

While there are thousands of awesome iPhone games on the App Store, but most of them aren’t very kid-friendly. And if they are, parents won’t want to play them. As a result, we gathered a list of fun iPhone games for your kids that you’ll actually enjoy playing too. 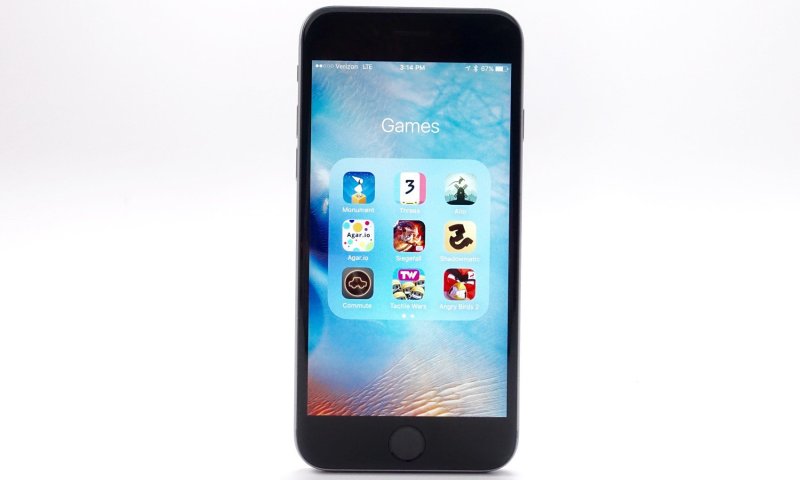 Obviously, this list of games isn’t your only option, but they are some of the best, at least in my opinion. And yes, we didn’t add Fortnite to the list on purpose. You can also check out our big roundups of awesome games to play without the internet or WiFi, or even games that are 100% free. Either way, these are extremely fun, exciting, easy to play games built for any and all ages.

The best game you can play with your kids besides something like Minecraft or Pokemon GO is Disney’s Magic Kingdoms. It will keep the little ones busy hours, weeks, or even months. They get to embrace their inner child and create a theme park like Disneyland all by themselves.

With over 100+ attractions like Space Mountain and features similar to the biggest attractions including Disneyland Park, Disney California Adventure, Walt Disney World, Tokyo Disneyland and Disneyland Paris, they’ll have more options than they know what to do with. It’s like Clash of Clans, but Disney style and designed for kids. 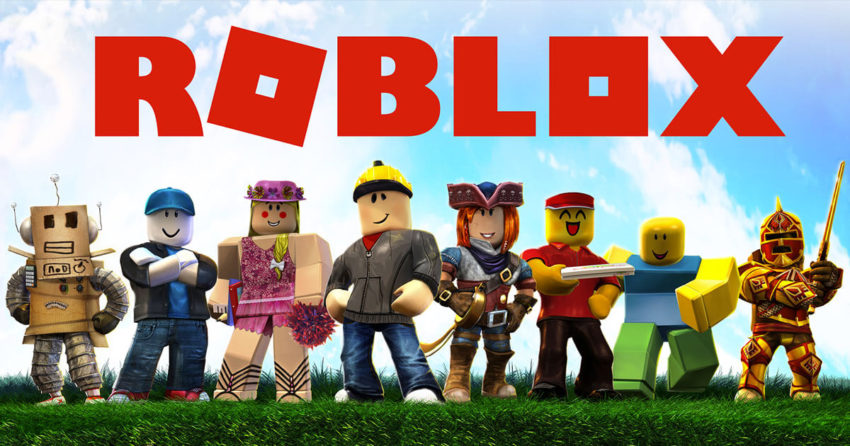 If you have children you’re probably already familiar with Roblox. If not, you and your kids will absolutely love it. Roblox isn’t a game — it’s a platform — loaded with hundreds of fun mini-games, adventures, tasks, and missions for your child to complete and enjoy.

This one app has multiple “kid-friendly” games that you can let your children play for a few hours, or you can join in with them. There are several worlds where you can both play together. Just keep in mind that you’ll want to take care to set some parental controls and chat limitations depending on the age of your child. 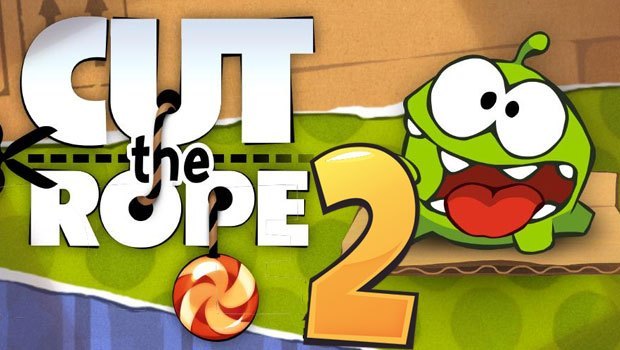 Here in 2019, everything should be familiar with Cut the Rope. It was one of the first really big games for mobile. If you haven’t tried it, now is a good time. The developers have continued to churn out new versions of Cut the Rope, add additional levels, and keep the main character Om Nom and his friends entertained.

This means you have several awesome Cut the Rope games to download and let your children play or play with them. Most likely they’ll get stuck on a level or two, and your services will be needed. Don’t enjoy helping too much and take it away though, because it’s easy to do. This is a cute little game that will challenge you and keep you busy having fun at the same time. 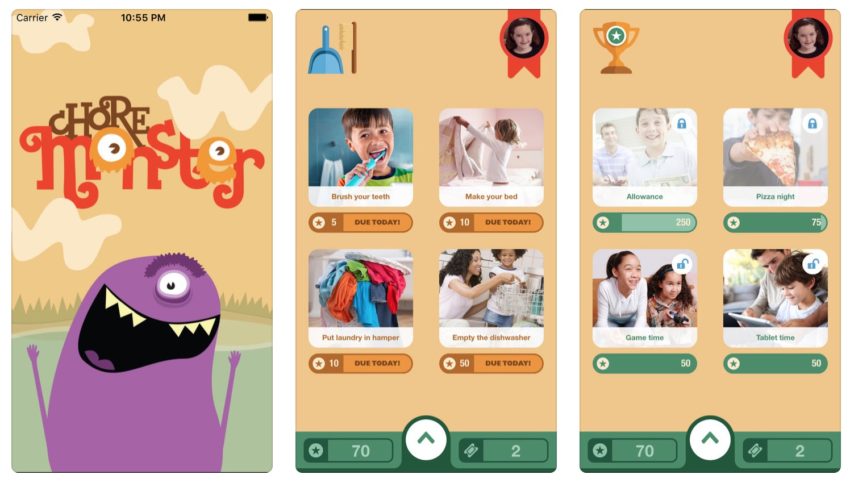 This next game is what we like to call a “double-whammy” as it’ll keep your kids entertained and make them want to do their chores. Seriously. ChoreMonster makes chores fun, exciting, and like a little game where your kids can work towards rewards.

Seet goals, add chores specific to your family, then your kids earn points by completing those chores. That way they can earn rewards to be used towards things like an hour of Xbox, Fortnite time, an ice cream run, or a family camping trip. You can manage everything, too. 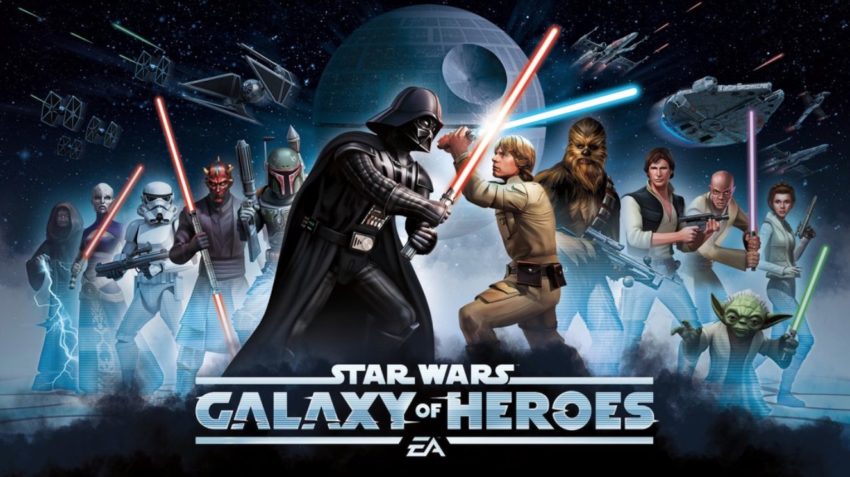 Previously we had Toy Story Smash it here, but Disney retired the game. That said, Star Wars is still a game that everyone can appreciate. Kids love playing it and most parents are big Star Wars fans, making this a win-win.

Galaxy of Heroes is a turn-based RPG game where you and your kids can fight with your favorite dark and light side heroes across iconic locations to become master of the galaxy. They suggest ages 9+ to play but use your best judgment with the kiddos. 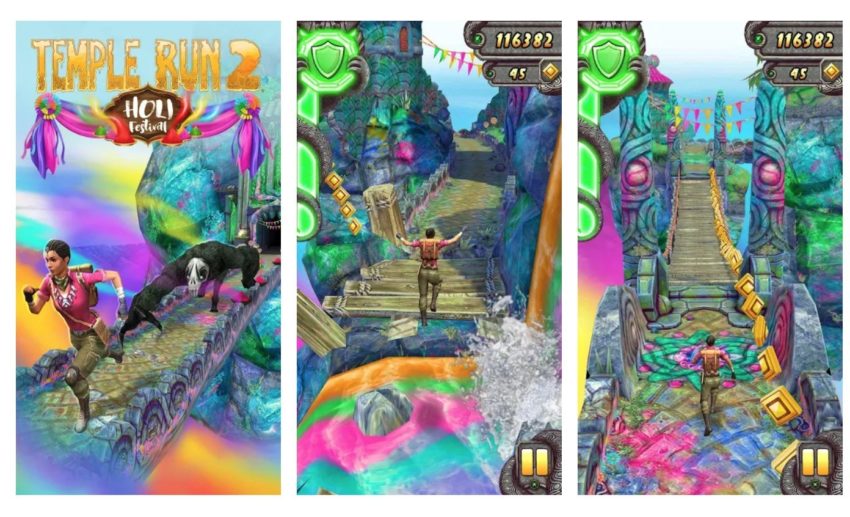 I don’t care what anyone says, Temple Run 1 & 2 are still a blast. While every version of Temple Run is still fun, addicting, challenging and great for the kids, Temple Run 2 is our favorite. With millions and millions of downloads, this game redefined mobile gaming. They still offer updates all the time, new content, and things that keep each title fun and fresh.

Navigate perilous cliffs, zip lines, mines and forests as you try to escape with the cursed idol in Temple Run 2. The developers recently improved the graphics and performance too, yet it still works on just about any old or new device you own. Watch out for the new bigger monkeys, too. 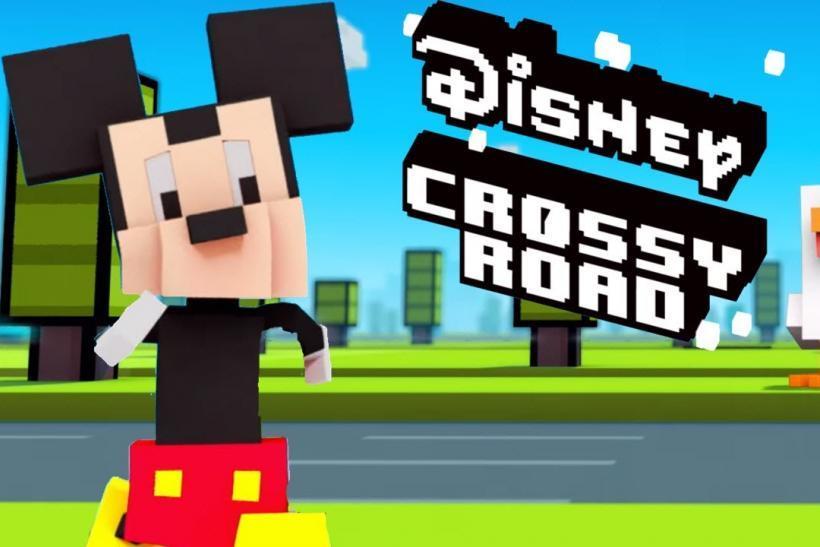 The original Crossy Road is still an iconic game that anyone can appreciate. However, your kids will absolutely get a kick out of the Disney version, made by the same developer team. Disney Crossy Road has a beautiful 8-bit graphics look that will remind them of Minecraft, which is a good thing.

Disney Crossy Road is the same “chicken cross the road” type game but with all of their favorite characters. You can play as Disney and Pixar figurines, including Mickey, Donald, Buzz Lightyear, Rapunzel, Mufasa, Sadness, Wreck-It Ralph, Madame Leota, and other favorites.

Piano Tiles 2 just never gets old and is still one of our favorite games. It’s casual, fun, addicting, yet difficult and very competitive. The little one and I can go back and forth for hours trying to beat each other, especially on road trips.

Previously known as Don’t Tap the White Tile, this is a game that has stood up against the test of time and dozens of fakes and copy-cats on the Google Play Store. Choose a song, tap the tiles, and good luck. 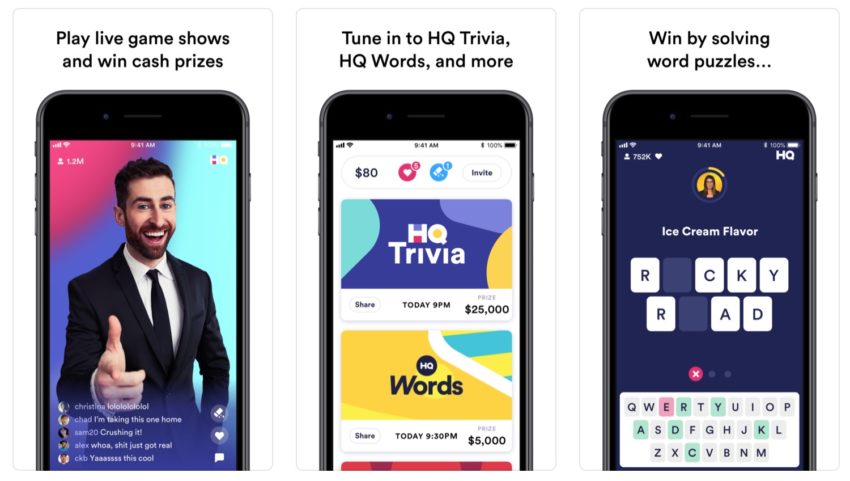 While HD Trivia isn’t necessarily a “kids” game it’s a title that the entire family can 100% enjoy together. This app is a real-time live Trivia game you can join each and every week and participate in with the entire family. Plus, you can win REAL money. Someone wins cash every single night, often with pots exceeding $1,000.

The live show starts every evening and you’ll get a notification when it’s about to begin. And while some of the guests or questions aren’t very kid-friendly, it’s nothing worse than what we see on TV game shows.

Not just Evolution, but any Angry Birds is something you can and probably should (or have) played with your child. No list of iPhone kids games can be complete without mentioning Angry Birds at least once. Right? Angry Birds Evolution isn’t your typical bird-slinging game. Instead, you get to play a little of every version of the game all-in-one.

It’s an RPG-style game with hundreds of new Angry Birds to find, collect, hatch and battle with. And while we still recommend all of the other Angry Birds games for your kids, this will be a fresh new change of pace compared to the rest. If they’re bored of the originals, give this one a try instead. 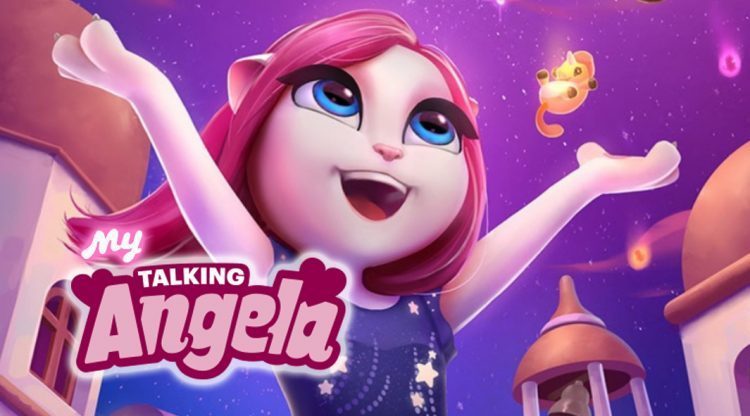 If your kid wants a virtual pet, get this game. My Talking Angela is one of the original “virtual pet” apps, and one of the best. If you have a little daughter that wants her own cat but you don’t want to clean up a litter-box, download this. With nearly 11 million reviews you know you’re getting an experience the children will enjoy.

This is from the creators of My Talking Tom, one of the most downloaded apps ever. Your kids can have fun dancing, playing cool mini-games and solving puzzles with Angela, their new best friend. Not to mention dress, bath, feed, and raise as their own.

You can’t go wrong with Minions. Right? Every kid loves them. Minion Rush is the first, biggest, and best original Minions game for Android or iPhone and your kids will have a blast playing it. It’s similar to Temple Run or Subway Surfers, but awesome little minions.

You can run with your favorite Minion character, unlock neat costumes, collect stuff, earn amazing rewards, and enjoy tons of missions and locations in this casual yet addictingly difficult game. You’ll love it as much as your children, and probably end up fighting for turns. Download it today and thank me later. 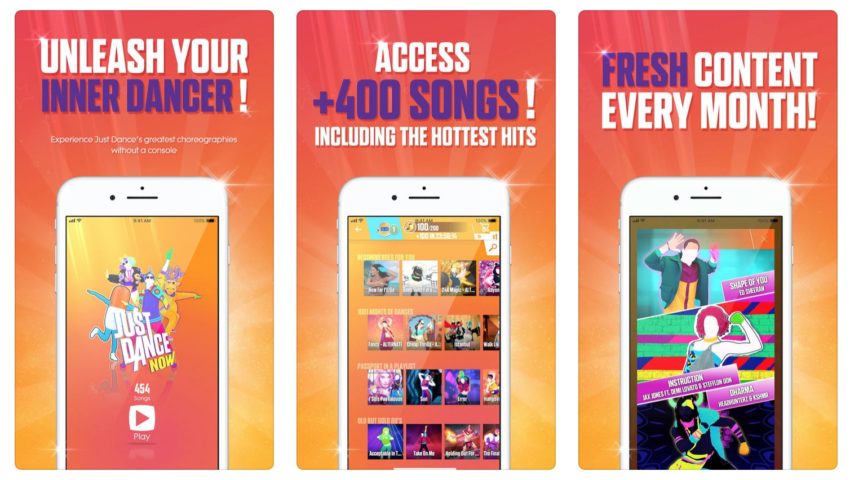 Just Dance and the newer Just Dance Now is a game the entire family can enjoy. It’s basically an entire game for dancing in your living room, only without an Xbox or game console. All you need is a mobile device and a smart TV, iPad, or an Apple TV.

There are hundreds of songs to listen and dance too, but just know that eventually, you’ll end up spending money. Either for the VIP access, more songs, or new dances. That said, the entire family can and WILL enjoy dancing around together. 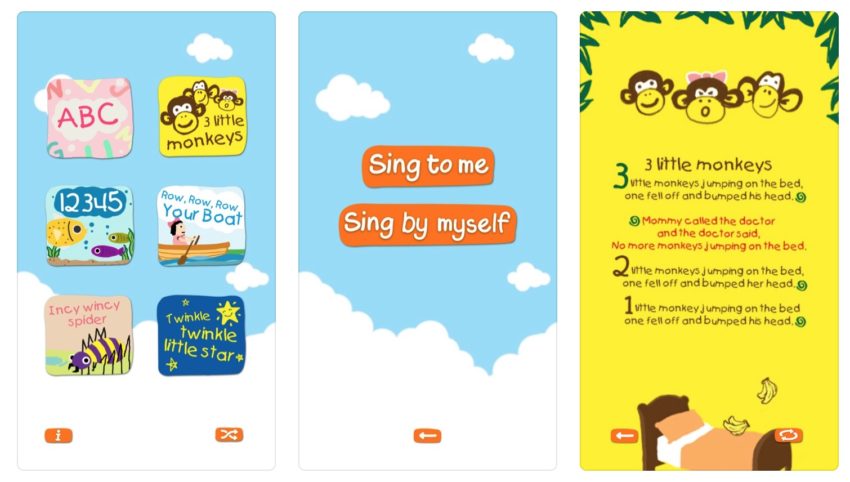 This next one is for people with really young kids, like in preschool. This fun little app will sing to your kids, or let your kids sing to it, and you. It’s an easy way to have fun together and learn the ABC’s, Row, Row Your Boat and other classics.

There’s nothing fancy or hi-tech about the app either. It simply works, plays songs, and lets you teach your little one.

Did you know several classic Sonic games are available for iPhone or Android? If not, you’ll absolutely love cult-classics like Sonic Dash, and so will your kids.

Sonic Dash comes directly from SEGA, so you know you’re getting a quality game everyone can love, enjoy, and appreciate. Not to mention the nostalgia aspect. You and your kids can Play as Sonic the Hedgehog and dash, jump and spin your way across stunning 3D environments just like the good old days. And while this is another endless runner, SEGA has released several other versions of these games for iPhone.

A Few More Details (And Games)

In closing, we wanted to call-out a few honorary mentions. If these games aren’t what you were looking for consider downloading “The Endless Kids Games” which is similar to Roblox and has dozens of great titles inside one app. Not to mention fun games like Angry Birds GO, Pokemon GO, Duck Duck Moose Games, Fortnite, Minecraft, and any of the games from LEGO.

Then, depending on the age of your kids don’t forget about popular sports games like Madden or FIFA. Building a team and playing an entire season of FIFA soccer is a blast, and something most kids and parents will enjoy doing together. Or, try any of these fun casual iPhone games.

You might want to consider getting a portable power bank (charger) for your kids too, that way they can keep playing these games and charge their phone at the same time.