This is what you need to know about Call of Duty: Black Ops 4 cheats and hacks for PC, XBox One and PS4.

Call of Duty: Black Ops 4 has been out for less than a week, but there are already usable Black Ops 4 hacks and cheats that allow gamers to get an unfair advantage.

While there is still no official Call of Duty: Black Ops 4 enforcement policy online, it is undoubtedly coming soon and will address how Activision and Treyarch will handle the bans. Hacking is considered a major Black Ops 4 problem. 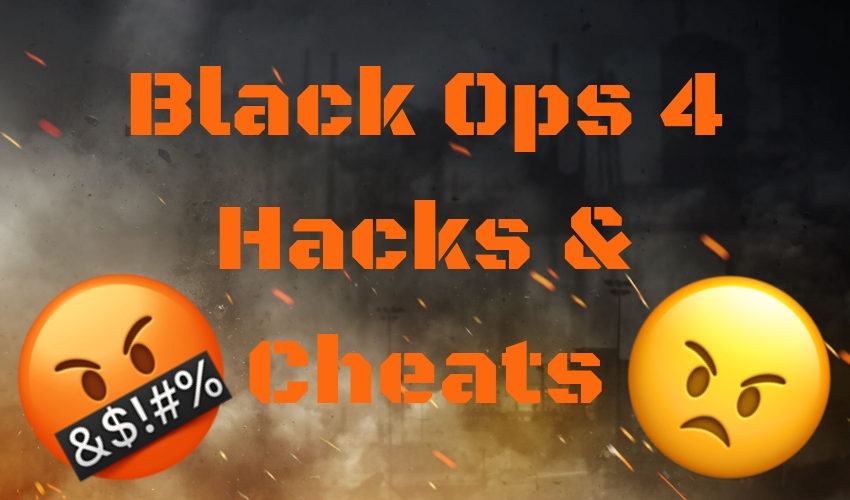 This is what you need to know about Call of Duty: Black Ops 4 cheats and hacks.

There are no Black Ops 4 cheat codes, but if you want an unfair advantage you can still get one while playing Blackout.

Gamers quickly found that using an emote in Blackout will bounce you to a third person camera that lets you look around you to find an enemy.

Given that this is a first person game, this is a major advantage in end game situations and even early gunfights.

Treyarch says, “We’re aware that players have been able to use Gestures (often referred to by the community as “Emotes”) to peek around corners in modes where that can create an unfair advantage. We’re currently working on an update that creates two systems for Gestures – the default system that is in the game now, and a competitive version that disables free look and applies different camera settings to prevent using it to see around corners. The default system will be used in parts of the game where corner peeking won’t affect gameplay balance (like the staging area of Blackout), and the competitive version will be used in modes where a more restrictive camera system is needed. We want players to always have fun with Gestures as intended, but never at the expense of fair gameplay!”

You can still use this for now, but it is going to be fixed soon. If you use this you will not likely get a ban or any official action.

A very annoying Call of Duty: Black Ops 4 cheat or hack is glitching on maps. This allows players to find a way outside of the map. From here, they can shoot other players safely. This ruins the game and upsets many players.

Expect to see Treyarch patch these in the next full Call of Duty: Black Ops 4 update that arrives. If you use these you do run the risk of a ban if reported and caught.

There isn’t a publicly available Call of Duty: Black Ops 4 hack out right now, but there is a good chance people will release a hack. There are some sites claiming to offer a Black Ops 4 aimbot or modtools system, but they may be simply a trick to get you to sign up for an offer.

System Cheats is reportedly working on a Call of Duty: Black Ops 4 hack that includes an Aimbot for PC.

While this is on Battle.net, it is not using the Blizzard anti cheat tech, which means you will likely run into more hackers than if it was using Warden.

If you use one of these hacks on PC, expect to get a ban of some length when you are caught.

What is Treyarch Doing About Cheaters

Oh God!! Plz don’t be like PUBG from Blackops4

There is no official comment from Treyarch about what is happening to cheaters, but they are not particularly friendly to cheaters. On Reddit the official Treyarch PC account replied to the video above saying, “We submitted this video to the appropriate teams and can confirm that the account has been banned. Thank you for sharing!”

We could see bigger rollouts of anti-cheating moves in the coming weeks.

What Happens if You’re Caught Using a Black Ops 4 Hack?

When you get caught cheating or using a Call of Duty: Black Ops 4 hack you will get banned or suspended. This could be a short temporary ban, or a complete ban. We typically see these punishments handed out. We’ll update when Treyarch provides more.