The Cyberpunk 2077 release date is finally here which means you might be thinking about buying the game. If you do decide to purchase the game ahead of time, make sure you buy the right version for your interest level and budget.

Last year, CD Projekt Red, the developer behind the popular Witcher series, finally confirmed an official release date for its next game.

While the developer initially said Cyberpunk 2077 would land on April 16th, 2020, it subsequently pushed the game’s release date to September 17th.

The developer announced another delay earlier this year. Instead of launching on September 17th, the developer said Cyberpunk 2077 release date would land on November 19th.

In a bit of a surprise, CD Projekt Red delayed the game again. The Cyberpunk 2077 release date for console and PC is now set for December 10th.

This will almost certainly be the game’s official release date. And now that we’re just days away from its arrival, we don’t expect any further delays.

The game is headed to Sony’s new PS5 and Microsoft’s new Xbox Series X (and Xbox Series S). While the initial version of the game will work with the PS5 and Xbox Series X, the highly anticipated graphical and performance upgrades won’t land until sometime next year.

There are two versions of of Cyberpunk 2077 on sale: a standard edition and a Collector’s Edition, and some of you are probably trying to decide which one to buy.

Each has its pros and cons and today we want to guide you through each edition and the key differences between a physical and digital copy of the game.

The standard edition is the most basic version of the game. For $59.99 (or less) you get a copy of the game and some bonuses if you order before the game’s release in December.

There aren’t a ton of Cyberpunk 2077 deals out there right now, but make sure you look around before you spend the full $60 on a copy.

Amazon is currently taking 17% off the full price of the game which means you can snag a copy for $49.94. This is one of the best offers we’ve seen and there’s no telling how long it lasts.

Best Buy says that My Best Buy members who pre-order a copy of the game will get $10 in rewards certificates. This offer is worth a look if you tend to buy most of your electronics at the retailer.

If you plan on playing the game on Google’s Stadia platform, and you have a Stadia Pro subscription, you can save $10 on a pre-order right now. This deal lasts until December 17th.

The standard version of Cyberpunk 2077 is for:

You can buy the Cyberpunk 2077 Standard Edition at retailers like Amazon, Best Buy, GameStop, NewEgg, and Walmart.

There’s also a Cyberpunk 2077 Collector’s Edition though it costs way more than the standard edition. It’s also a lot harder to find and is currently sold out at most retailers.

That’s more than you get from your average collector’s edition bundle, but it’s not for everyone. Again, this edition is aimed at collectors and huge fans of the series. Most people should go with the standard version of the game.

You can buy the Cyberpunk 2077 Collector’s Edition at retailers like Amazon, Best Buy, and GameStop.

Cyberpunk 2077 is sold in physical and digital formats. Here are a few things to consider before you go one way or the other.

If you’re tired of discs cluttering up your house, you should go with the digital version. You’ll also want to go digital if discs sometimes go missing or get damaged in your home.

If you play a lot of different games and don’t want to pull the disc out every time you want to play, go digital. Downloading it digitally means you’ll have easy access every time you start up your console.

If you want to play the game ASAP on December 9th or December 10th, purchase a digital copy. You can pre-load the game ahead of its release date which will allow you to start playing the second it goes live.

Cyberpunk 2077 will unlock at Midnight on December 10th. This means those of you living in western time zones will be able to play starting on December 9th. 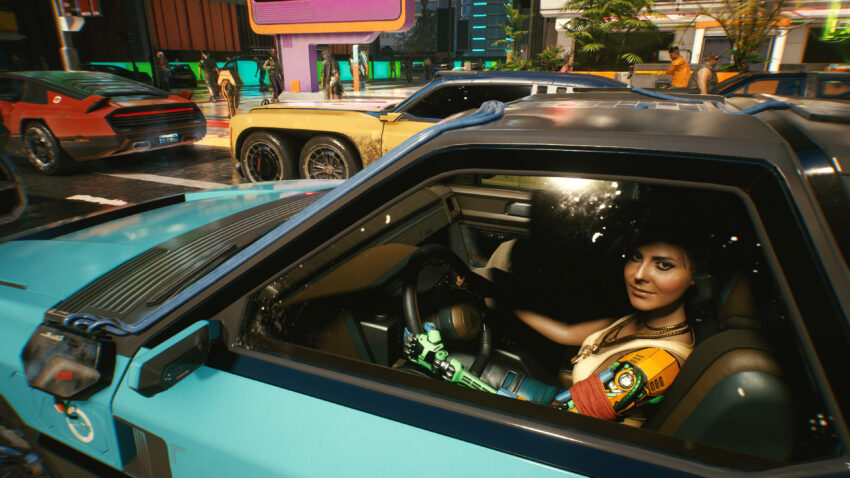 One other note. CD Projekt Red says customers will receive the game’s Xbox Series X upgrade for free when it becomes available.

The company hasn’t provided a release date or a list of changes, but you can expect a variety of graphical upgrades and performance improvements.

The same will apply to Sony’s PS4 and PS5.