Yes, this is the update that brings you new Call of Duty: WWII guns and weapons, and you can even unlock them outside of Supply Drops.

This new update comes with changes to Ranked Play, which launched last week. Sledgehammer Game’s wording leaves it up in the air, so you may see the Ranked Play changes before the Call of Duty: WWII update arrives on PS4, Xbox One and the PC update that is coming later this week.

Here’s what’s new in the December Call of Duty: WWII update that we expect will come with the 1.07 name. The Winter Siege events will come with a snowy Headquarters as well as a special Double XP playlists through January 2nd. There is still no word on when we will see a Call of Duty: WWII Hardcore Kill Confirmed playlist, which many players including myself desperately want added to the game.

We expect the PS4 and Xbox One Call of Duty: WWII 1.07 update around 1 PM Eastern, 10 AM Pacific and the PC version is slated to arrive on December 8th around 10 AM Pacific that will include some specific to Steam and reddit feedback on PC, and it will also turn on Ranked Play on PC.

The new Quartermaster Captain Butcher brings new uniforms and weapons to the game as part of this update and the Winter Siege event. Here are the five new guns and weapons;

You can unlock these through orders that will rotate daily. When you complete an order you can unlock one of these weapons. They don’t offer different stats, but like other variants you can get 2XP bonuses while using them. You’ll also see some new weapons come through collection bounties. You can get the new guns in Winter Supply Drops and you get at least one free drop each week. 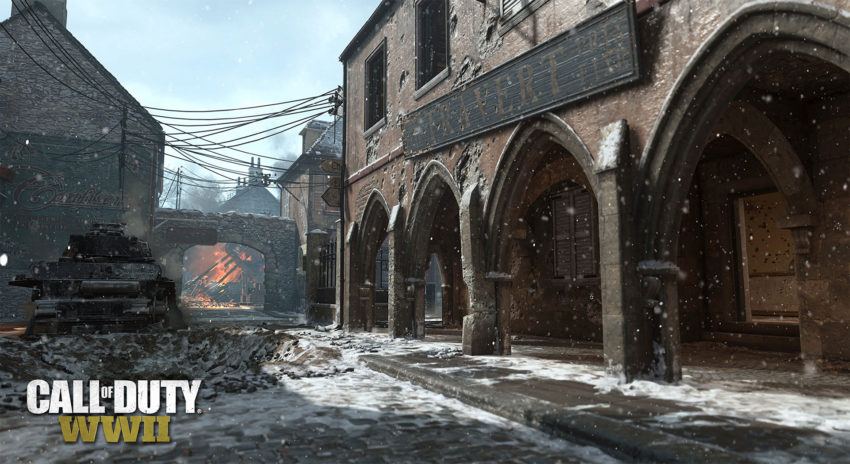 What’s new in the December Call of Duty WWII 1.07 update.

We expect to learn more about Zombies fixes and changes when the full change log arrives after the update lands.