Apple’s newest iPhones include a new type of screen that can detect the difference between a tap, a press and a deeper press. This new technology is 3D Touch.

Many of the Apple apps support 3D Touch and Instagram, which Facebook owns, was one of the first to add 3D Touch support. If you own the iPhone 6s or iPhone 6s Plus, you can update your Facebook app and use the new features now. 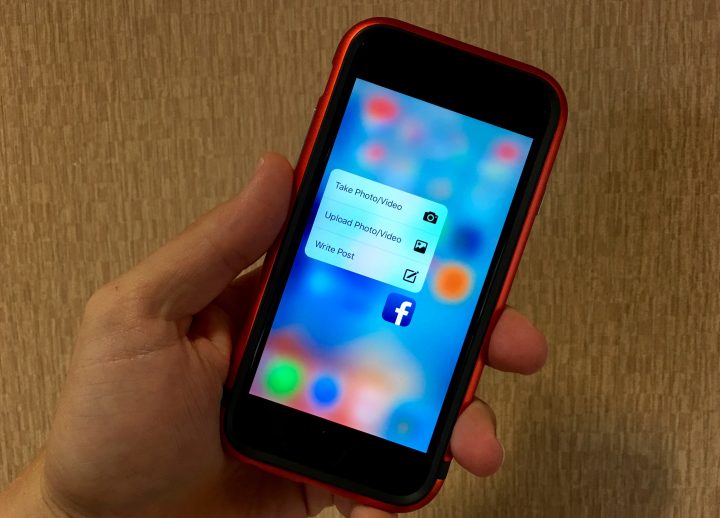 With the 3D Touch option on the iPhone 6s and iPhone 6s Plus, you can push in on the app on the home screen to use the Quick Actions.

The Facebook app update new iPhone owners can push in on the app to perform one of three actions.

The Take a Photo or Video option jumps directly to the camera for a fast way to take a photo. The upload option opens a gallery of your photos. The Write a post option goes directly to the status update box.

What’s missing from this Facebook app update is the ability to use Peek and Pop inside the app to press on a photo or link and see a preview and then push harder to open up to that link or item. Instagram and many other apps support this.

The iPhone 6s and iPhone 6s Plus can also take Live Photos that record motion and sound. The new Facebook app does not support posting and viewing live photos, but this is reportedly coming later this year.

Facebook recently announced Facebook Reactions, a new way to respond to a post in addition to a normal Like. This will come to the iPhone and Android apps in the U.S. after testing, if the feature works out.

The Facebook Messenger app works with the Apple Watch, but there is no 3D Touch support yet.