Each month Sony includes free PS4 games with a PlayStation Plus subscription. To play online on the PS4, you need a PS Plus membership. This is a $49.99 a year subscription that allows online play, cloud game saves and includes access to free games. 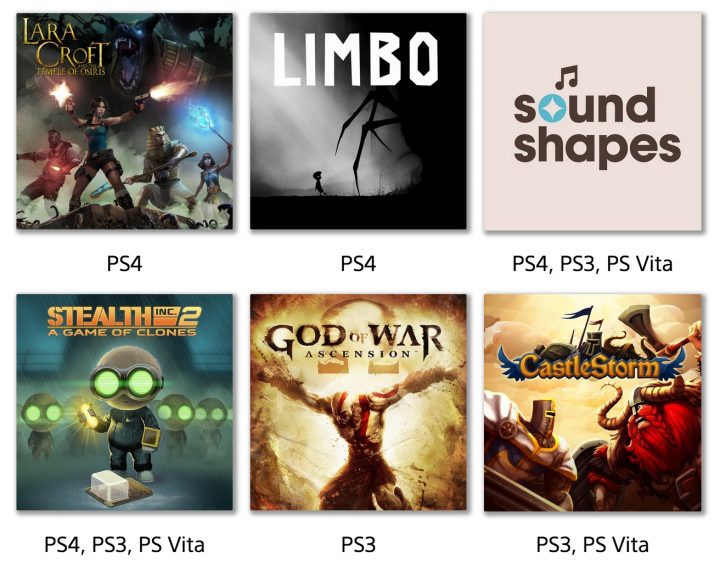 Check out the free PS4 games you can download in August.

This will not deliver free PS4 games that just arrived on store shelves, but there is a lot of value here for gamers. After signing up last month to get Rocket League free, we already saved $20 and the August free PS4 games list looks like it will add to the value.

Lara Croft and the Temple of Osiris

Originally $30, Lara Croft and the Temple of Osiris is not a full-fledged Tomb Raider game, but it does deliver a similar experience. In this Lara Croft adventure you control Croft in Egypt as she joins up with Carter Bell and an imprisoned god to defeat an evil god Set.

Starting in August Lara Croft and the Temple of Osiris will be available as a free download to PS Plus members in the PS Store. The game received a 74 Metascore rating and a 6.7 user rating on Metacritic.

Limbo is an indie game that combines puzzle solving with adventure in a black and white setting. You play as a young boy who need to find out what happened to his sister as you move through a dangerous world.

In Sound Shapes you play through levels where sounds and shapes, come together to form side scrolling game that mixes music and game. You can create your own music and share it as well as play through musical worlds.

Sound Shapes is normally $14.99 and it features a 84 Metascore and a 7.4 User Score on Metacritic. This is also available on PS3 and PS Vita.

Stealth 2: A Game of Clones

Download this stealth platformer to take on the responsibility of guiding a clone out of a testing facility where you will sneak and jump through more than 60 levels as you avoid obstacles and enemies.

If you own a PS3 you can also download God of War Ascension and Castle Storm Complete Edition, the latter of which also works on PS Vita.

If you combine the cost of these games, the PS Plus subscription price is a steal, assuming you find even one game you like each month. If you look for PS Plus deals you can often save $10 on a one-year subscription.