With the new Google Pixel 2 and Pixel XL 2 release almost here, last-minute details are exciting potential buyers. For months on end leaks and rumors gave us an idea of what to expect, but as October 4th nears, we’re starting to learn more about what’s coming next.

We know Google is preparing to release two Pixel smartphones in October. Both the Pixel 2 and Pixel XL 2 will offer a familiar design with some noteworthy new features.

Our rumor roundup above will tell you everything we know so far about Google’s new phones. However, with just a few days before the launch, brand new information is sharing some exciting details. Like powerful dual speakers on both phones, improved battery life and more. 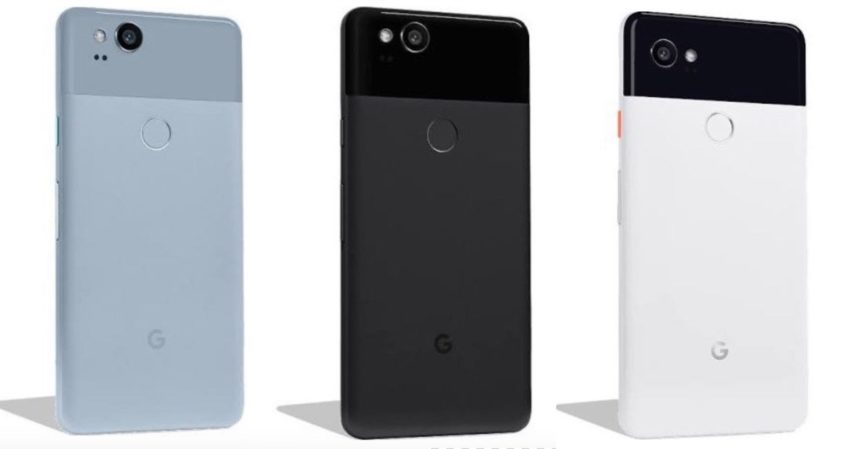 At this point, we know nearly everything about the Pixels. From the October 4th launch event to a potential October 20th release date. Google’s smaller phone will feature a 5-inch display and look almost identical to last years Pixel. And while rumors are back and forth regarding a few small details, we expect rumors are right on point.

However, the bigger XL 2 made by LG, is the one with most of the excitement. Rumor has it Google will use a big 6-inch OLED display with small bezels, similar to the Galaxy Note 8 or iPhone X. And while we’ve know that for a while, AnroidAuthority received some exciting details that could spoil Google’s big announcement.

A brand new leak claims to know everything about the bigger of the two phones. According to anonymous sources, Google is adding dual front-facing speakers to both phones, improved cameras, and the Pixel XL 2 could come equipped with a big battery for all-day usage. Here’s the latest information.

Most of this information is nothing new, as leaks for months on end suggest something similar. However, this source apparently confirmed there is no 3.5mm headphone jack. Instead, Google added dual stereo speakers to both the smaller Pixel 2 and the bigger XL 2. Additionally, the higher-end Pixel XL 2 will have USB Type-C headphone and a headphone to USB Type-C adapter in the box.

This leakster also states we’ll get dual stereo speakers, but we’re not sure if these are front-facing or just two different speakers. It’s likely Google will use the top earpiece as a secondary speaker to deliver improved sound.

And finally, this leak claims the XL 2 will have a massive 3,520 mAh battery under the hood. As a comparison, the bigger Galaxy Note 8 only sports a 3,300 mAh battery. Suggesting Google’s new flagship phone could have one of the biggest batteries of any high-end phone released in 2017.

Google will officially unveil its new phones on Wednesday, October 4th, so stay tuned for more details. In the meantime, here are a few reasons the Pixel 2 is worth waiting for.