Red Dead Redemption 2 is a huge game and it will require a huge chunk of hard drive space on your PlayStation 4 or Xbox One.

With the Red Dead Redemption 2 release date on the horizon we’re starting to see some key information about the game’s release emerge.

Red Dead Redemption 2’s main story will reportedly take 60 hours to complete. And with a world that big, it should come as no surprise to learn that the game’s download size is larger than your typical game.

Thanks to a variety of sources, including Microsoft, we now know what to expect from the Red Dead Redemption 2 download size. And from that we can put the download and installation time into perspective for those who pre-ordered and anyone that wants to start playing the game on October 26th or soon after.

According to Microsoft, Red Dead Redemption 2 is approximately an 88.56 GB download on the Xbox One. It’s a little bit bigger for the PS4 and requires a 92GB download.

By comparison, Grand Theft Auto 5 plus every single update Rockstar’s released for the game since its release in 2013, utilizes 76.4GB of hard drive space on the Xbox One.

In other words, Red Dead Redemption 2 is as big as it gets. 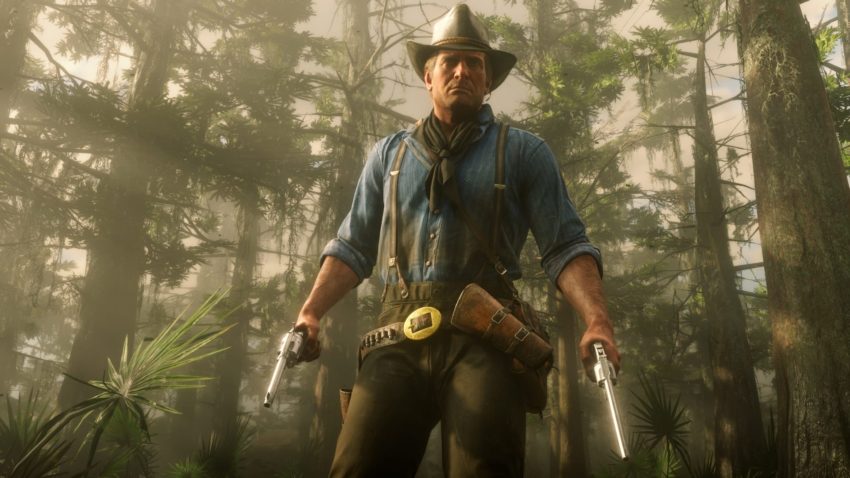 On its website Sony notes that the game will need “105GB minimum save size” which means many players will have to clear out room for the game ahead of its release.

If you’re running out of space on your console’s internal storage, now would be a good time to comb through your data and delete files and games you no longer need.

If you’re out of space and don’t want to delete any files, you’ll want to invest in an external hard drive for your PS4 or Xbox One.

Fortunately you can find great 4TB external hard drives, like this 4TB hard drive from Western Digital, for less than $100.

If you’re planning to install and play Red Dead Redemption 2 right when it comes out you might have to wait for over an hour before the game is up and running.

Mileage will vary from platform-to-platform, connection-to-connection, but a 90+GB download is going to take over and hour for most of you. For some of you, it could take multiple hours, especially if you’re trying to download the game the second it’s released online.

If you’re curious how long it might take on your connection, you can use this handy tool to approximate the amount of time Red Dead Redemption 2 will take to download.

It’s not going to be exact, but it will help you plan ahead and set realistic expectations.

If you want to get a head start on the download you can start pre-loading the game right now. In order to pre-load the game you have to pre-order a copy.

Rockstar’s issued a day one patch which only increases the download size and installation time.

The Red Dead Redemption 2 day one patch includes a variety of improvements and bug fixes for optimal performance. The developer strongly recommends making sure you download the patch before starting the game.

As expected, the patch is around 3GB for both platforms:

To confirm you’ve properly installed the day one update, go to the Settings section of the in-game Pause menu and check the bottom left hand corner for ‘Build 1116.8’.