You can easily connect the PS4 or PS4 Pro to a computer monitor so that you can game wherever you are. In most cases you already have what you need to use the PS4 with a monitor, but you may need to buy an adapter depending how old the monitor is.

This is a great way to play PS4 games at your desk, which may be a better setting for a FPS (First Person Shooter) that you want to be closer to the screen for.

You can also set up a second monitor at your desk to quickly switch to gaming when you want to play after a long study session or finishing a task for work. If you live your life in front of a monitor at a desk, this might be the best solution for you.

Depending on the type of monitor that you have, connecting a PS4 to one isn’t as straightforward as a regular television.

Here’s a look at what you need to connect your PS4 to a monitor, and how you can use it to game wherever there is a monitor handy. There are many different kinds of monitors and monitor connections, so you may need to buy an accessory or adapter to make this work.

For the most part, it comes down to having just a few accessories to choose from that allow you to connect your PS4 to any computer monitor.

As for video and audio connections, the PS4 has an HDMI port and an audio optical port. While HDMI can carry both video and audio, most computer monitors don’t have built-in speakers, which means you’ll need an external audio source if you want sound, or you will want to plug headphones into your PS4 controller.

Cheaper or older computer monitors don’t have HDMI, but rather DVI or VGA. This is important to note, as you’ll need an adapter to turn the HDMI port on your PS4 into one of the other video ports on your monitor.

The best case scenario is if your computer monitor has an HDMI port and built-in speakers. This is what you will find for most newer monitors, and especially for gaming monitors. If this is the case, you just need an HDMI cable. You probably have one, but if not you can get a good on on Amazon for $6.99. Plug one end of the cable into your PS4 and the other end into your computer monitor and start playing.

Your computer monitor may be able to play PS4 audio through its built-in speakers with the HDMI cable, but it’s not always possible. Check reviews online to see if your monitor supports this. Odds are good you will want to use headphones or better speakers, so this isn’t a dealbreaker if it doesn’t work.

If your monitor doesn’t have an HDMI port you will need an adapter. This will let you plug the PS4 or PS4 Pro into a DVI port.

Buy an HDMI-to-DVI adapter cable to plug your PS4 into your computer monitor with DVI connectivity.

If your monitor only has a VGA port, that means it’s probably really old and could use an upgrade anyway. You’ll see significant image quality degradation if you use VGA. You’re better off buying a new monitor like one from Monoprice or a Monitor deal on Amazon. 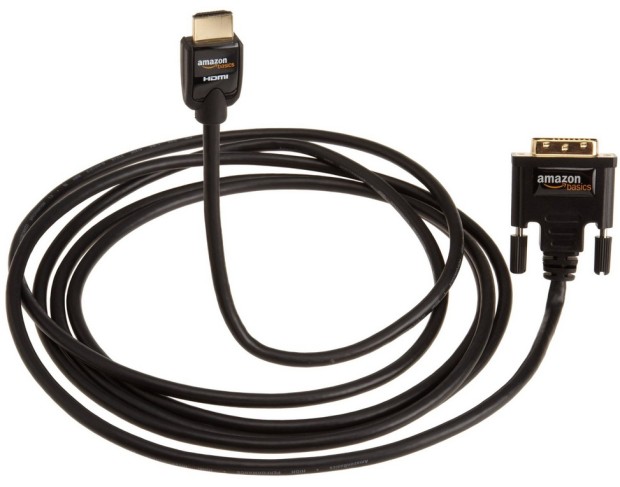 In any case, audio is a little more complicated than video when connecting your PS4 to a computer monitor, because the PS4 only supports digital/optical audio out. However, there are a few ways to handle the situation, most of which require a converter box to convert the digital/optical audio to a connection that you can plug into regular speakers.

If your monitor doesn’t have built-in speakers, you’ll need an external audio source of some kind, whether it’s just a regular pair of computer speakers or even a stereo system that you can use. You’ll be plugging your PS4’s audio directly into these speakers. 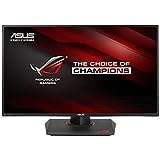 However, seeing as how there are multiple ways to connect audio to your speakers based on what kind of speakers you have, we’ll run down some common situations and what type of tools you’ll need for each.

If your speakers connect using a 3.5mm headphone jack, then you’ll need a few items: a digital optical TOSLINK audio cable, a digital optical-to-RCA converter, and an RCA-to-3.5mm adapter cable. Once you have these, plug one end of the TOSLINK cable into the optical audio port on your PS4 and the other end into the converter. Next, plug the RCA adapter cable’s red and white ends into the converter, and then plug the 3.5mm male connector into your speakers.

If your external speakers connect using RCA red and white input jacks, you’ll need the digital optical TOSLINK audio cable, the digital optical-to-RCA converter, and an RCA cable. Plug all of this in like you would in the previous method, but you’ll have the red and white RCA plugs at the other end, which you then plug into your speaker system in order to get PS4 audio.

If you simply just want to use headphones, that’s probably a better option anyway, since you won’t need all of the convertor equipment and you can just plug them directly into the headphone jack on the PS4’s DualShock 4 controller. From there, you’ll want to press and hold the PS button and then change All Audio to headset.

It’s important to note that if you’re playing your PS4’s audio through the digital optical output, you’ll need to change audio settings on your PS4 in the Settings menu. From there, select Sound Settings, and then under Audio Output Settings select the type of connection you have set up for audio (digital optical audio).

However, perhaps an easier way to change this setting is to select Audio Multi-output under the Sound Settings menu, which will send audio to all connections regardless of what’s plugged in.