The Samsung Galaxy S9 comes with AR Emoji. These personalized emoji allow you to turn yourself into an emoji character in seconds. From there, you can send it as a sticker to friends by text, Facebook Messenger and in other apps. You can also record clips with your new AR emoji and send them to other people. Here’s everything you need to know about using AR Emoji on the Galaxy S9 or S9+.

What is an AR Emoji?

AR Emoji are similar to Apple’s Animoji, but instead of just animating standard emoji, you become the emoji. This uses either the front facing or rear facing camera, and you can make multiple AR Emoji. This is perfect for making AR Emoji of friends or family members. AR Emoji only works with people. If you try this with animals, expect very odd results.

Once you make the AR Emoji, you can send it to others as a sticker, animated gif or you can record a short clip with your AR emoji talking and moving around slightly. You cannot add in any arm or hand gestures.

How to Create an AR Emoji

Making an AR Emoji is easy. It takes about 1 minute in good lighting. You need to remove any glasses you are wearing and remove hair from your face. Don’t worry, you can add glasses in and pick a hairstyle later. 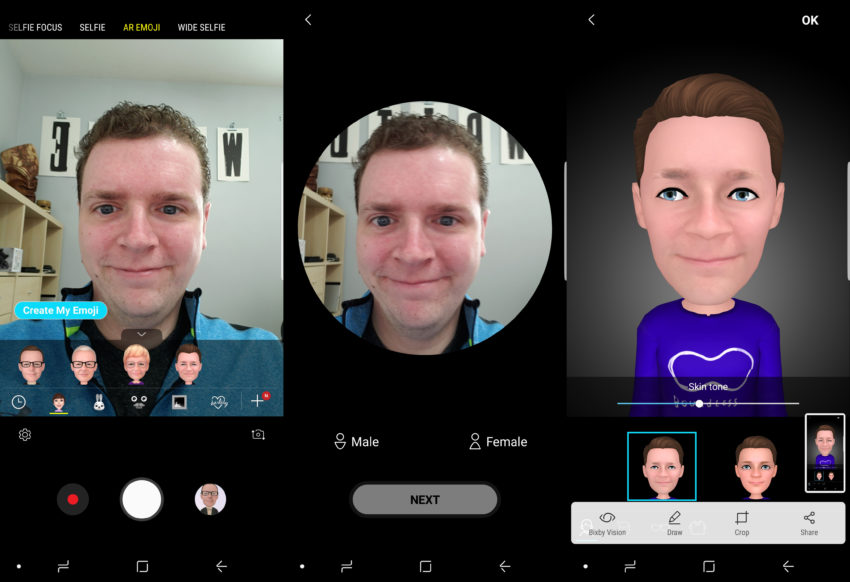 How to make an AR Emoji.

That’s all there is to making an AR emoji. There are not a lot of AR Emoji hairstyles, glasses or clothing options yet, but this may change over time. The AR Emoji should look similar to you, but there are not as many options as you get with Bitmoji Deluxe.  Once you create an AR Emoji, you can start using it.

How to Use AR Emoji

Once you’ve made an AR Emoji there are a few places you can use your new Emoji. Here are the most popular ways to use an AR Emoji and how to do it.

How to Send AR Emoji Stickers or Gifs 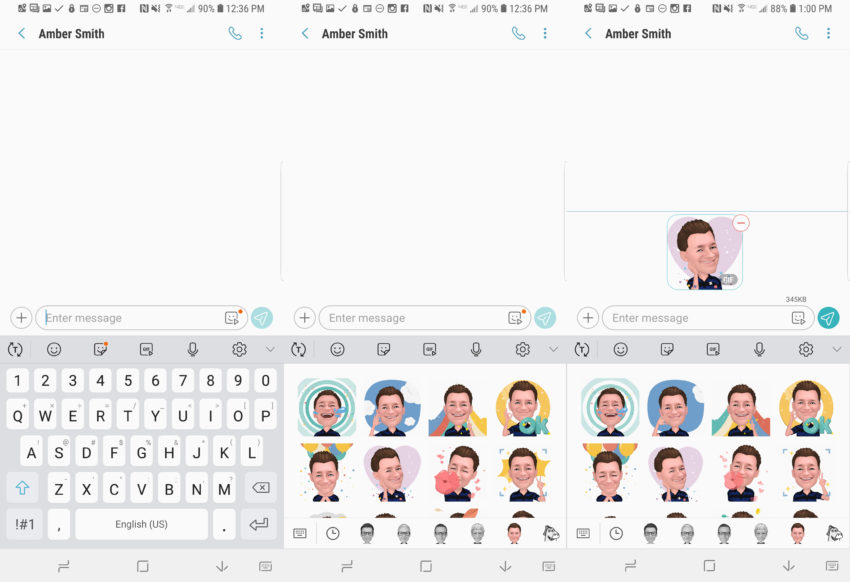 Add an AR Emoji as a sticker or GIF.

When you make your AR Emoji it will automatically create a collection of gifs and stickers that you can send to other people from the stock keyboard. This works in almost any app that supports gifs.