Nintendo and Niantic’s new Pokémon GO video game does its best to get you off the couch. The game uses GPS technology to get you into the real world, talking with other people and having fun exploring places you’ve never been before. Almost everyone is going to play Pokémon GO this way. Pokémon GO Incense are for those that don’t want to.

They act as a sort of reverse button for the game’s main mechanic. Normally, Pokémon GO uses the GPS and compass inside your smartphone to help you find and capture creatures in your neighborhood. The mechanic works well, so well that millions have already downloaded the game. Pokémon GO Incense work by acting as a lure. Use one and creatures surface near you instead of you showing up to their habitats to find them.

How to Use Pokémon GO Incense

Pokémon Go Incense sit in your inventory until they’re needed. For thirty minutes the add-on surrounds your in-game character, attracting random Pokémon at regular intervals so that you can capture them and add them to your collection. The item will attract all sorts of common creatures, but users may even see some rare creatures surface.

The important thing to remember with Pokémon GO Incense is that their timer keeps going when you aren’t in the game. This means that if you’re really trying to make the most of them, it’s a good idea to not have anything else to do except to respond to notifications about new creatures being available for you to collect. Though similar to Lure Modules, Incense don’t have to be used at a PokeStop. You can use them anywhere. Other Trainers near you will notice creatures appearing at a higher rate, but some say they won’t attract the rare types of Pokémon that the person who used the Incense will. 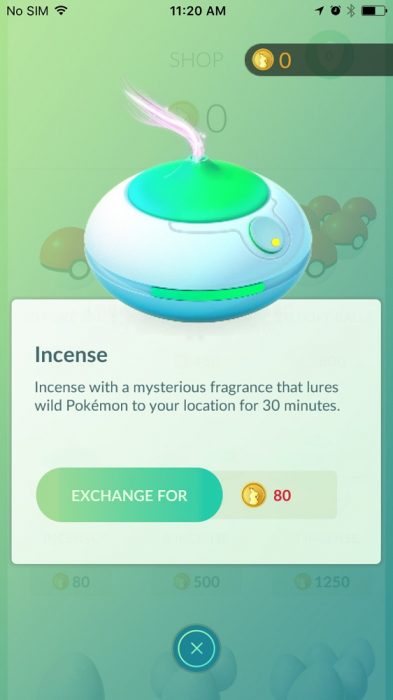 You’ll know when you’ve used an Incense. A pink cloud will encircle your character and a countdown timer sits on the right edge of your smartphone’s display.

Where to Get Pokémon GO Incense

Unlike with other items, players get Pokémon GO Incense pretty regularly for leveling up their character. In addition to coming as rewards for character progression, they can be purchased outright with Pokémon GO Coins in the game’s Shop. 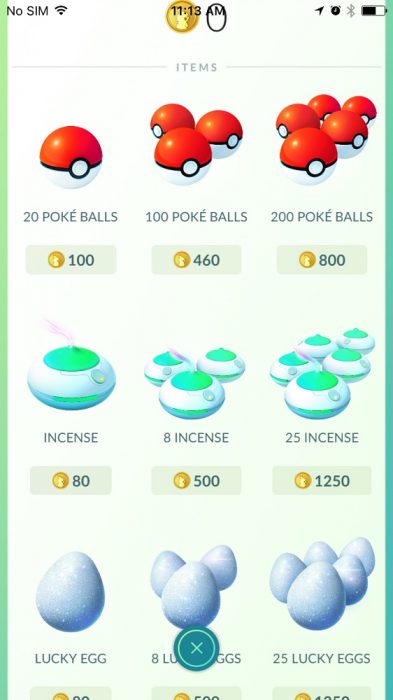 A single Incense costs 80 PokeCoins, 8 of them costs 500 PokeCoins. 25 Incense, the max that you can purchase outright with a single purchase, costs 1250 PokeCoins. PokeCoins are the in-game currency that players can purchase with real money through the iTunes Store and Android app store. It’s Nintendo and Niantic’s hope that most players buy PokeCoins, but they can be earned through the game’s Gym battle system too.