One of the biggest Amazon Black Friday 2015 deals is only available in the Amazon app for iPhone, iPad or Android. That’s right — if you want to buy a 50-inch HDTV for $150 on Amazon you will need to download and install the Amazon app to make sure you have access.

All we know about this 50-inch HDTV Black Friday 2015 deal is that it will be a limited quantity item on Thanksgiving Day and it will only be available to purchase within the app on your smartphone.

Over the weekend the Amazon Black Friday 2015 ads appeared on TV to announce the kickoff of Black Friday week at the retailer, and this deal is sure to be one of the most talked about options. 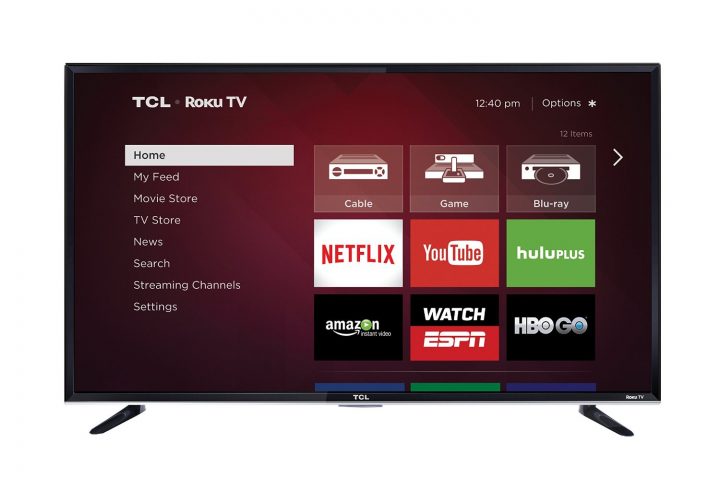 This is an insane deal, even if it is an older model with a lower refresh rate and limited ports. We don’t know what brand this will be, but it looks like it will be the cheapest Black Friday HDTV 2015 deal on a 50-inch model.

Like many of the Amazon Black Friday 2015 deals this will go fast and it will likely be a lightning deal. Amazon Prime members may get early access to this deal, but we don’t know for sure yet.

To prepare for this, you need to download the Amazon iPhone app or Amazon Android app for access to this deal.

After you download it, make sure you sign in to the app and make sure you are able to add items to your cart. This will simplify the process when the sale starts.

The 50-inch Amazon Black Friday 2015 deal will start on November 26th, but it isn’t clear what time this will kick off.

Count on a 1080P resolution, a refresh rate of 60Hz and 2 or 3 HDMI ports. Like most HDTVs this should be wall mount compatible, but it may not include options for connecting a PC with a VGA cable.

Check out the Black Friday 2015 ads below and roundups for more on how you can save this week.