Owners of the new iPad Air 5 are complaining about a variety of bugs, performance issues, and hardware problems as we push away from its release.

While most iPad Air 5 problems we’ve come across are related to the tablet’s iPadOS 15 software, we’ve also seen some rather worrying complaints about its hardware.

The good news is that we haven’t heard about any widespread problems with the new iPad Air though we do expect problems to pickup as more people purchase the tablet and as current owners put more mileage on their device.

With that in mind we want to take you through the most common iPad Air 5 problems, potential fixes for common problems, places to find feedback about the iPad Air 5’s performance, and a look at what’s in Apple’s iPadOS 15 pipeline.

While they aren’t widespread, we have seen complaints about iPad Air 5 activation issues. This is an issue that pops up every time Apple releases new hardware.

If the symbol is green and the activation process still isn’t working, make sure you have a SIM card inserted into your tablet. If you’re receiving a “No Sim” or “Invalid SIM” error, you’ll want to head over to this guide for assistance.

Some iPad Air 5 users are also complaining about build quality issues. Owners are saying the back of the device feels too thin and this has led to creaking.

If you’re running into problems on your iPad Air 5, you’re curious about issues impacting other iPad Air 5 uses, or if you’re thinking about buying one, you’ll want to dig into feedback about the device’s performance. There are a few places to do that.

How to Fix iPad Air 5 Problems

If you encounter an issue on your iPad Air 5 there’s a good chance you’ll be able to fix the problem on your own. If you can’t, you’ll need to contact Apple support, your carrier, or take your tablet into an Apple Store.

We’ve also released a guide that could help you improve iPad Air 5’s battery life if you think it’s draining faster than it should be. We also have a guide that will help you fix poor performance.

If you can’t find a fix in one of our guides, you’ll want to check Apple’s discussion forums and see if a user there can find a solution there.

If you’d rather get answers in person, you can try taking your iPad Air 5 into your local Apple Store to see if they can diagnose your problem. If you’ve got an Apple Store in your area, you’ll want to schedule a Genius Bar appointment.

Your iPad is currently under warranty so there’s a chance the company offers you a replacement if the issue is indeed hardware-related.

If you’re dealing with software problems on your iPad Air 5, you can try moving your device back to the previous version of iPadOS 15 if the option is available. 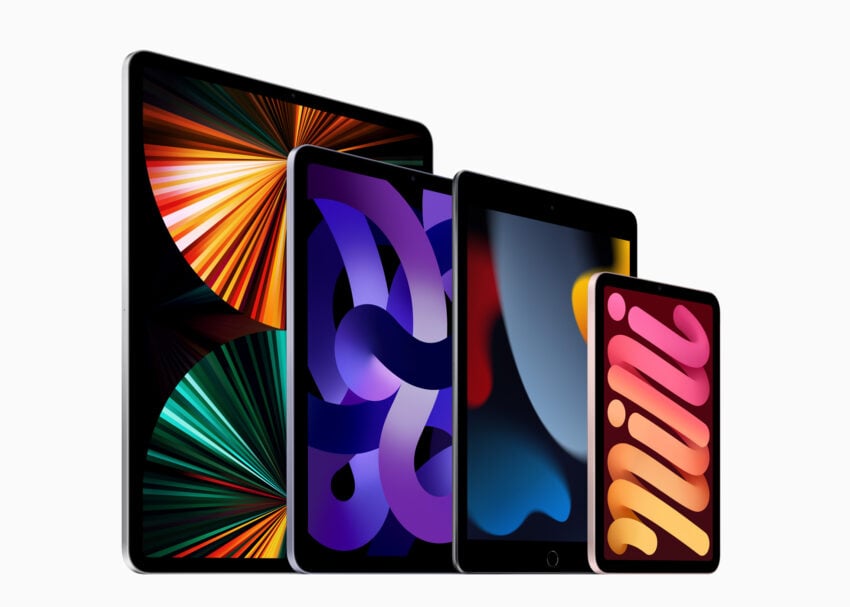 If you’re unfamiliar with the iPadOS downgrade process our downgrade guide will walk you through everything you need to know before you make the move.

If your device is struggling on iPadOS 15.5, you’re on your own for the time being.

Apple’s confirmed a new version of iPadOS 15 and iPadOS 15.6 is currently in beta testing ahead of its public release later this year.

The company hasn’t confirmed the iPadOS 15.6 release date and we expect the software to stay in beta for several weeks. As of right now we expect a release sometime in June or July.

iPadOS 15.6 is a milestone upgrade which means it should bring a mix of new features, security patches, and bug fixes to iPad Air 5 users.

If your problems are really bad, or you just want to try new software, you might try installing the iPadOS 15.6 beta onto your device right now.

For more on iPadOS 15.6 and the beta, have a look at our walkthrough. For more about the iPadOS 15.6 release date, check out our guide.