Is your iPhone 6s battery life bad? It might be due to the processor inside, which is why buyers are talking about iPhone 6s Chipgate. Apple contracts Samsung and TSMC to make the A9 processor, and tests indicate that devices with the Samsung chip inside deliver worse battery life than those made by TSMC.

Here’s a look at the data behind the Chipgate iPhone 6s problems and how you can check to see which processor your iPhone 6s has.

The Chipgate name comes from the processor, or chip, used in the phone and the gate portion is the word attached to issues like this. 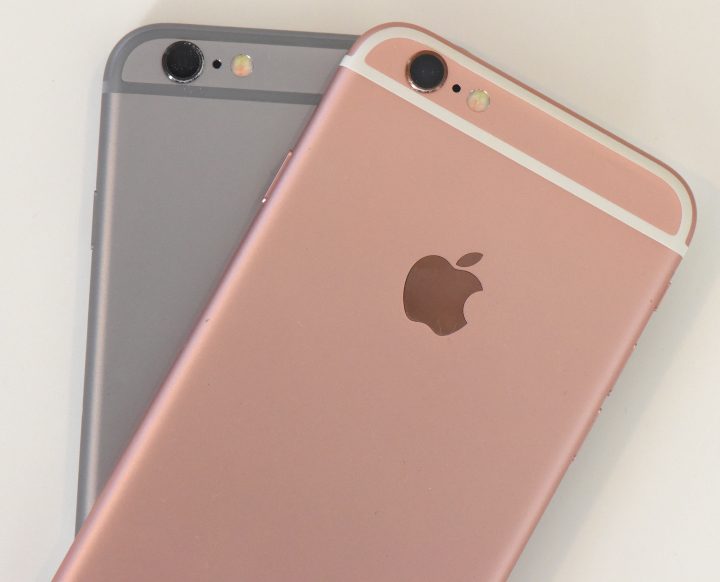 What is iPone 6s Chipgate and how do i tell if my iPhone is part of it.

How to See What Processor My iPhone 6s Has

There is a free tool that allows you to check to see what processor your iPhone 6s is running, which is at the center of the iPhone 6s Chipgate discussion.

Go to the App Store and download Lirium Info Lite. This is a free app that can show you the processor used in your iPhone 6s. There are paid apps that can do this, but for these purposes you can use the free app.

How to find out which processor your iPone 6s uses.

Open the app and the screen should then show you information about your iPhone, including a Model indicator. You will see one of two models listed here.

This is how you know which processor your iPhone 6s is using. You cannot tell this without installing an app on your iPhone.

What is iPhone 6s Chipgate? Where’s the Data?

According to Chipworks, the Samsung processor is smaller than the one from TSMC. This may be why some reports indicate a wide range of iPhone 6s battery life and why some iPhone 6s units run hotter.

Stretched out over a full day of real-world use, it is possible that users of the Samsung iPhone 6s would end up with a dead battery faster. In this second video we see a battery test that found measured the Samsung powered iPhone 6s with lower battery life and running hotter, but we also can see a video streaming test that offers a more real-world look at the power usage.

After watching a video for one hour on both phones, the Samsung only used 1% more battery life. Video creator Austin Evans, notes that in real world use for the average user, there shouldn’t be a major difference in day-to-day use.

So far I am more likely to run out of battery life, as I use my iPhone much more during the day. Her iPhone 6s using the Samsung processor is not showing signs of excessive battery use or heat. 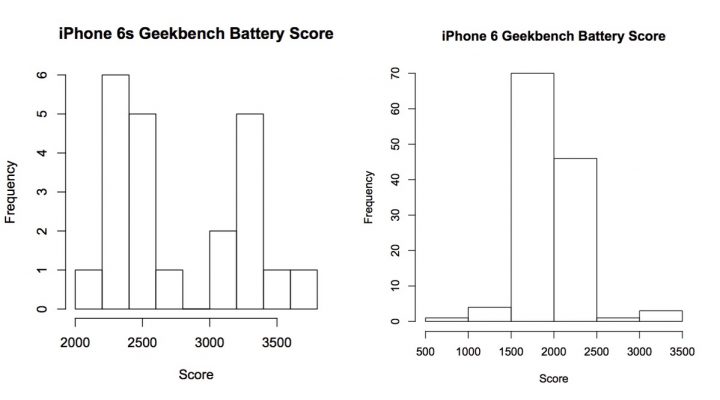 Note the dual grouping from iPhone 6s battery tests, compared to a single group on the iPhone 6 graph.

According to Poole, the GeekBench statistician thinks that even with 22 data points this is data that indicates a difference.