Apple released High Sierra to the public last week as a free update for any Mac that can run macOS Sierra. There are already some issues and problems that you need to be aware of. Even after months of testing it’s not uncommon to see macOS High Sierra problems strike once the release goes out to a wider group of users.

Apple switched the name from OS X to macOS last year, and this year the company is switching the file system to the new Apple File System which promises a faster experience, but also deserves caution when upgrading.

Here’s what you need to know about macOS High Sierra problems that we are seeing as this new update rolls out to users. 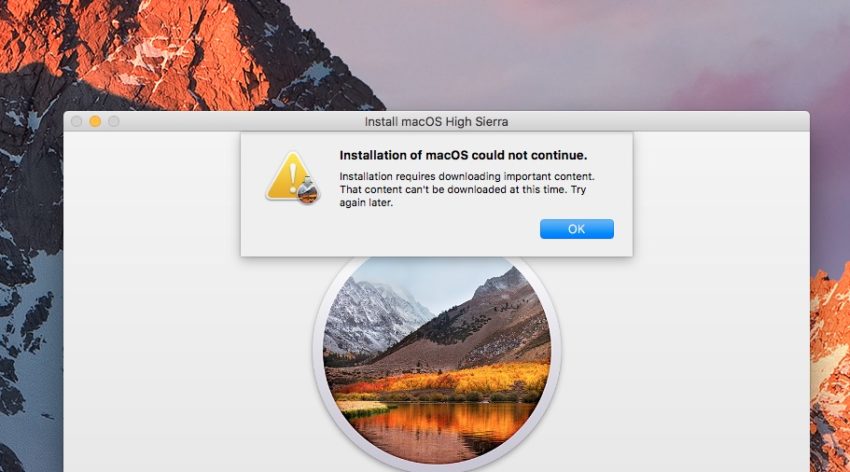 We are seeing some macOS High Sierra installation problems, but nothing critical or widespread. The biggest issue we saw was the installer not allowing us to start he installation. It showed an error message stating,

“Installation of macOS could not continue. Installation requires downloading important content. That content can’t be downloaded at this time. Try again later.”

Trying to start the installation a minute later allowed this to proceed, but you may need to try multiple times or wait longer for this to work.

Some other users report that macOS High Sierra failed to install, with the error, “macOS could not be installed on your computer. File system verify or repair failed.”

The really good news is that we haven’t heard of any show stopping macOS High Sierra problems yet.  it is early in the release, so these could surface later, but there are no massive reports of High Sierra Problems after people complete the install.

Granted it takes time to download and install macOS High Sierra, so this could change over the next 24 hours, but so far nothing huge is popping up that tells us you will see a broken experience.

There Are macOS High Sierra Problems

While there is nothing that is breaking everyone’s Mac. there are some macOS High Sierra problems already. So far we are hearing about some app compatibility issues and we’ve experienced some installation issues. For some users there are enough problems you shouldn’t install

If you are using Office for Mac 2011, it will not work on macOS High Sierra. These apps will no longer have support after October 10th, so don’t expect Microsoft to issue an update. Users on Office 2016 will need to be on version 15.35 or later to get the best support on macOS High Sierra.

Another heads up on macOS High Sierra: rejoining wifi when you wake up your computer is very slow. Much slower than Sierra.

Some reports from the GM, which is slightly different than this version say that the macOS High Sierra wifi connection takes a while to reconnect when you wake the computer from sleep.

One issue of concern is a hack that can steal passwords from a Mac without the master app. This is not a widespread malicious attack as of now. Hopefully it is something Apple plans to patch soon.

Not All Apps or Accessories Work with macOS High Sierra Yet 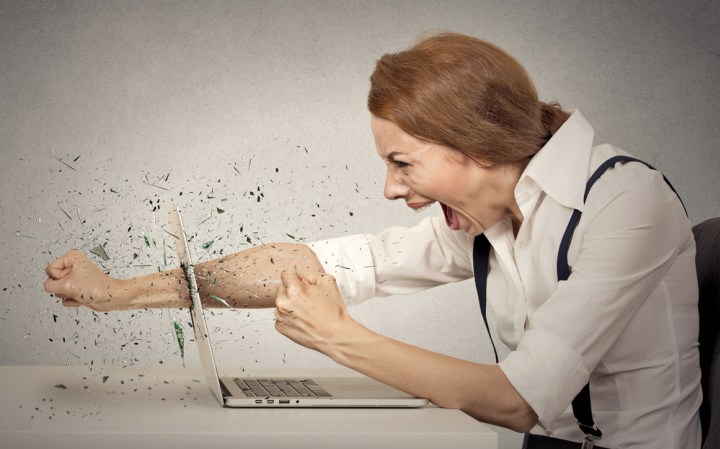 What you need to know about macOS High Sierra problems.

Serato DJ does not work on macOS High Sierra, so they recommend users do not upgrade yet. That’s just the start. There are a large number of apps that don’t work with macOS High Sierra off the bat. This list was compiled using the GM, so some of these will change, but if you use a lot of apps, you need to check and see which one’s don’t work on High Sierra yet.

If you are on VMWare Fusion 8.5.8 it’s not officially supported, but VMWare Fusion 10 is supported as part of an upgrade coming out today. The list of apps and accessories that don’t work aren’t as big as we’ve seen in previous years, but it is still important to check these if you use apps for work or school.

When you upgrade to macOS High Sierra you may lose the ability to use Google Talk or Google Hangouts in the Messages app. Google depreciated support earlier this year, and when your Mac attempts to setup this option after the upgrade, it may fail and you may not be able send with Google Hangouts.

You Can Downgrade to macOS Sierra

We’ll be sharing more details specific to High Sierra, but you can use this guide to downgrade for now.