The Madden 20 beta starts this week, allowing some gamers to get access to the game early. This is not a Madden 20 demo and it is not a pre-order bonus. This is a closed beta that is only available to select gamers that get a code, but you can take action to try to get a code of your own.

Normally EA does not offer up a Madden 20 demo or beta to test the game. This is the first time in years that we’ve seen access and they are keeping it closer than many other games do, so you will need to play a more active role if you want to play the Madden 20 beta.

The Madden 20 beta starts Friday June 14th at 12 PM Eastern, 9 AM Pacific. This closed beta lasts through one weekend, ending at midnight Sunday June 16th. This means the beta ends at 9 PM Pacific on June 15th.

The closed beta date and times are the same on PS4 and Xbox One, so you don’t have a second weekend to play. Clear your schedule and set aside time to play during this short beta. 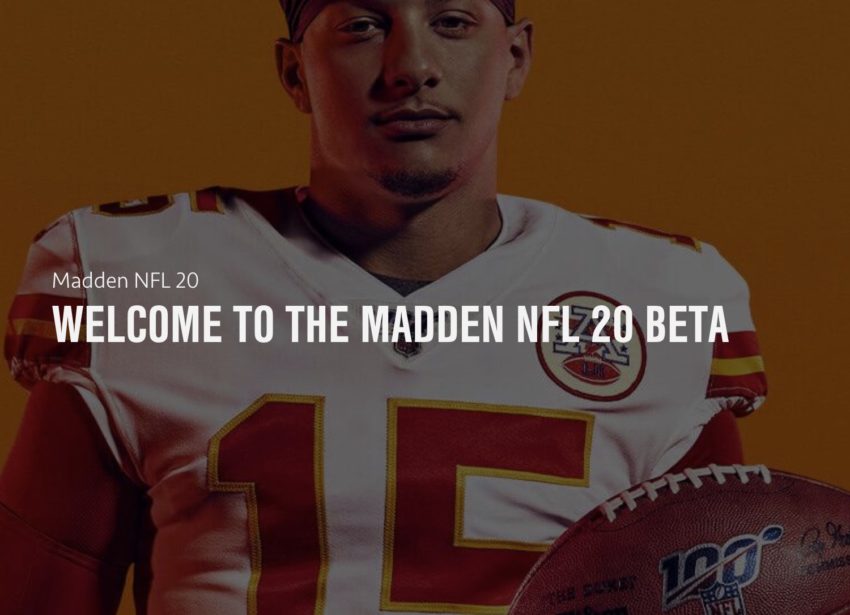 What you need to know about the Madden 20 beta.

What is in the Madden 20 Closed Beta?

The Madden 20 closed beta includes a small sampling of modes and will allow you to try the new Madden 20 features. Here’s what is in the Madden 20 beta.

With the closed Madden 20 beta, you get to play with four different teams including;

It’s not clear how many players will be in the Madden 20 beta, but you can expect to get a decent look at the updated mode.

The Madden 20 beta is available on the Xbox One and PS4. You cannot try the closed beta on the PC. It’s not clear why there is no Madden 20 beta on PC, but it may be due to the fact that the PS4 and Xbox One are more locked down than a PC.

BONUS: Upgrade Your Gaming with a Secretlab Gaming Chair

Does Madden 20 Beta Progress Carry Over?

When you play Madden 20 early on EA Access or Origin Access, your progress carries over to the final game, but this is not the case with a closed beta that only a select group of people can join in.

How to Join the Madden 20 Beta?

You can also check on eBay to see if anyone is selling a Madden 20 closed beta code.

Here’s more on how to find a Madden 20 beta code and download it to your Xbox One or PS4.

You won’t be able to watch people streaming the Madden 20 beta on Twitch or YouTube. EA is not allowing streaming of the beta, and users that break this rule will see footage removed and beta access revoked. There is a chance you may see some streaming towards the end of the beta from users that don’t care, but you won’t see if from known members of the Madden online community.

How to Fix Madden 20 Beta Problems

There is a good chance that you will run into Madden 20 beta problems or problems with your code. If you have issues with the Madden 20 beta you can check out the feedback forum where other users may be able to help you solve a problem.

EA specifically states, “our Advisors won’t be able to help troubleshoot anything that might happen while you’re playing. They also won’t be able to give out additional codes. If you have problems with an existing code, select the topic that says Codes and promotions when you contact us.”

We’ll update this if we hear of any specific fixes for Madden 20 beta problems when it launches.