The Madden 20 release date is July 30th for the special editions and the standard edition arrives on August 2nd. If you subscribe to EA Access or Origin Access, the Madden 20 release date is today, as you can play Madden 20 right now. You can play as 10 college teams, enjoy the new Madden NFL 20 features and while you wait, peruse the Madden 20 player ratings. Here’s everything we know and everything we can tell you about the new Madden NFL 20 game that is coming from EA Sports this week.

The new Madden 20 features include a QB1 mode where you take on the College Football playoffs and the combine in a story mode style play that combines some of the Longshot features with Franchise mode. You also get new Superstar X-Factor players and new Madden Ultimate Team missions. That’s just the start.

You can pre-order Madden 20 at GameStop, Best Buy and digitally through Xbox, Origins and the PlayStation Store. Madden 20 is available for the Xbox One, PS4, and PC. It is not coming to the Nintendo Switch at this time. 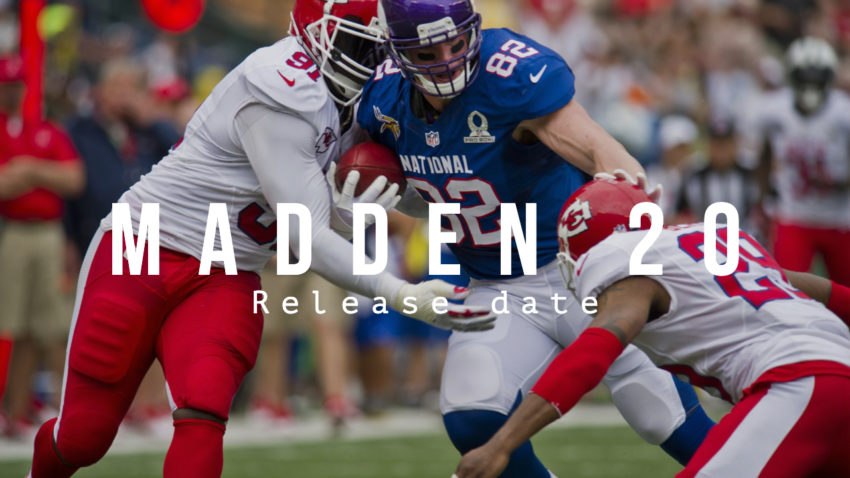 What you need to know about the Madden 20 release date.

The Madden 20 release date is on August 2nd for the standard edition and on July 30th for the Superstar Edition and the Ultimate Superstar edition. If you have EA Access, Origin Access or Origin Access Premier, you can play today.

That’s the earliest Madden NFL release date we can remember, that’s good news for gamers that want to get some quality time in ahead of the NFL season and school starting.

EA released the Madden 20 rookie ratings and the video above showing off rookies reacting to their ratings. You can also look through the Madden 20 player ratings online. If you are playing MUT, you should download the Muthead app to see player rankings, values, and other information.

Now you can check out the full Madden 20 ratings to see how your team and players rank in the new game. Keep in mind, we will see special edition players in MUT with different ratings. My Miami Dolphins earned the lowest-rated Offense in Madden 20, but that’s fine because I’ll build a better team in MUT.

We also have the Madden 99 Club. This includes players that have the coveted 99 ratings in Madden 20. A 99 OVR rating is the highest you can get. This list includes Aaron Donald of the LA Rams and other elite players. 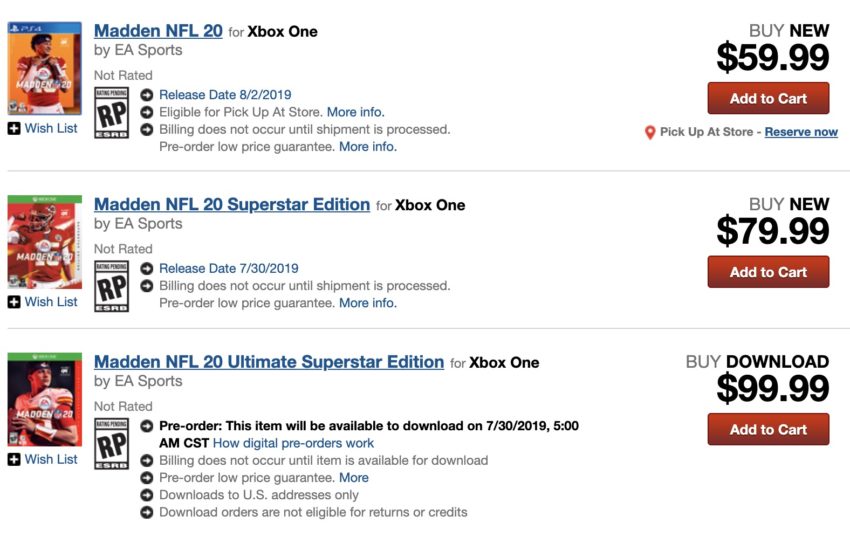 The Madden 20 price is $59.99 for the base version of the game at GameStop and Best Buy. This gets you the full version of Madden 20, but you don’t get many extra items or Madden Ultimate Team upgrades. You can already save with Madden 20 deals.

Read: Which Madden 20 Edition to Buy

For the higher price you get three days of early access, 12 or 15 Gold Team Fantasy Packs, Elite and Championship packs and other Madden Ultimate Team upgrades.

EA’s shown off all the new Madden 20 features, and they are available to try out in the Madden 20 Play First Trial.

The biggest news is that you can make your own college QB, take him through the College playoffs, the NFL combine and then into the NFL Draft an into franchise mode in a new career campaign that focuses on your player.

When you are in the QB1 mode, you will be able to make decisions that influence your progress in the NFL.

Part of this is the new Scenario Engine that creates personalized scenarios, events, and challenges that you must play to progress. These will vary from player to player.

Simulate a full NFL career, and leave your legacy as a player, coach, or owner with single-player and multiplayer online-connected leagues. Compete with up to 32 teams in your quest for a Super Bowl Dynasty. Complete with an annual Pro Bowl and Seasonal Awards

Be a competitor in the ultimate NFL fantasy team-building mode featuring your favorite NFL players from the past and present. Play games, collect rewards, and upgrade your team with daily, fun, and engaging challenges with live NFL content all year long

You now get missions that you need to complete for more challenges and opportunities to unlock new players.

Get involved in head-to-head online and offline games (single- and multiplayer) or single-player offline against the CPU. Customize your game settings, including the time of quarters, rules, stadiums, and uniforms.

What is Madden 20 Superstar X-Factor

One of the biggest new features that you can take advantage of is the Superstar X-Factor that some players will have.

EA describes this as a new progression system that reveals special abilities for NFL Superstars when you complete objectives in the game.

We’re waiting on more details, but it looks like you will be able to pull off a special move or get upgraded stats when you complete an in game challenge.

Expect a closer look at how these new features work, and what they look like as E3 approaches. 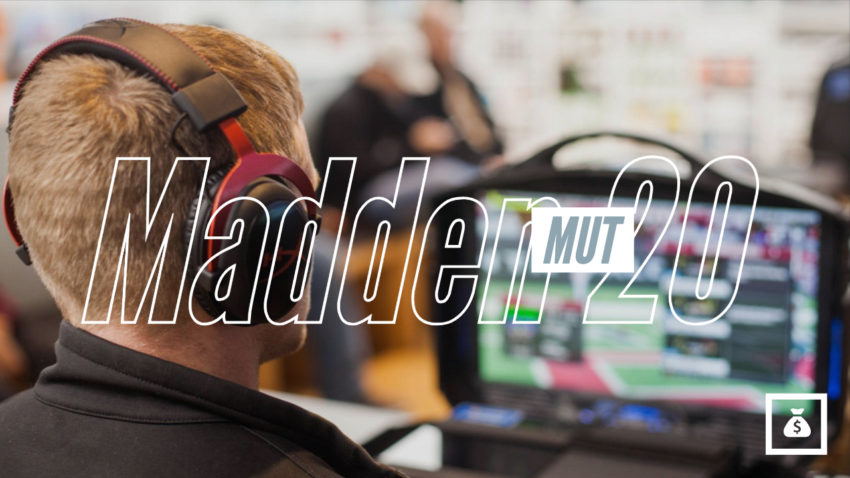 The mode I spend the most time in Madden NFL is in Ultimate Team. This is also an area where EA makes a ton of money, so they are focused on delivering new features that keep players hooked. Here’s  what is new in Madden 20 MUT.

Frankly, I’m surprised there isn’t some kind of premium MUT season pass that charges players another $9.99 to unlock extra rewards for completing missions and challenges. 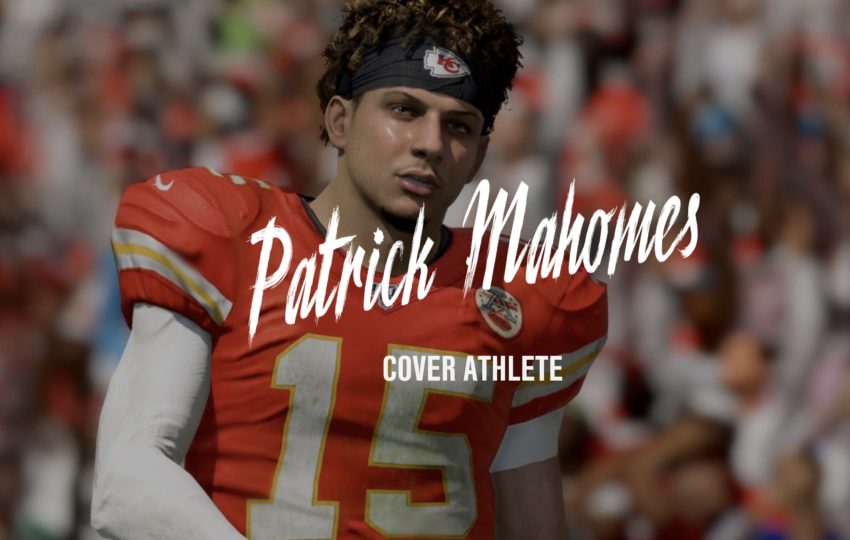 Patrick Mahomes is on the cover of Madden 20.

The Madden 20 cover athlete is Patrick Mahomes of the Kansas City Chiefs. He is the third-youngest player to be on the cover of Madden.

We expected to see two cover athletes, but Mahomes is on the cover of all three Madden 20 editions.

There are three Madden 20 editions that you can buy. This starts with the base version for $59.99 and goes all the way up to an Ultimate option that is $99.99.

The two special editions allow you to play early and come with extra items that you can use in Madden Ultimate Team.

The early access is a nice way to get into the game early and start assembling your Madden Ultimate Team squad or prepping for franchise mode.

You can count on Madden 20 for Xbox One, PS4 and PC. You can expect better graphics on the PS4 Pro and Xbox One X as well as on higher end gaming PCs. All core features will be available on the original PS4 and Xbox One as well as the Xbox One S and PS4 Slim.

EA Sports stopped making Madden NFL for the Xbox 360 and PS3 several years ago, and there is no way they will return. If you are still gaming on one of these you should consider upgrading to the PS4 or Xbox One.

If you subscribe to EA Access or the Origin options today, you get the full version of Madden 19 right now.