The Metal Gear Solid 5 The Phantom Pain release date is less than a week away and a midnight release is now confirmed for September 1st.

After a lengthy wait, Hideo Kojima and Konami are set to release the second Metal Gear 5 title and the follow-up to Metal Gear 5 Ground Zeroes. We’ve already seen Metal Gear Solid 5 reviews crown the game as one of the best of the year and those who pre-ordered are starting to get antsy for its release.

With solid reviews in and a release on the horizon, here is a quick refresher on the important Metal Gear Solid 5 release date information.

The Metal Gear Solid 5 release date is September 1st at Midnight EST on digital. On disc, it will be released during select midnight release events.

Konami’s highly anticipated release date will happen for everyone at this time. So if you bought digital on the west coast, you’ll be able to start playing the game at 9PM PST. This is only if you buy the game digitally though and only if you pre-load it on your console. 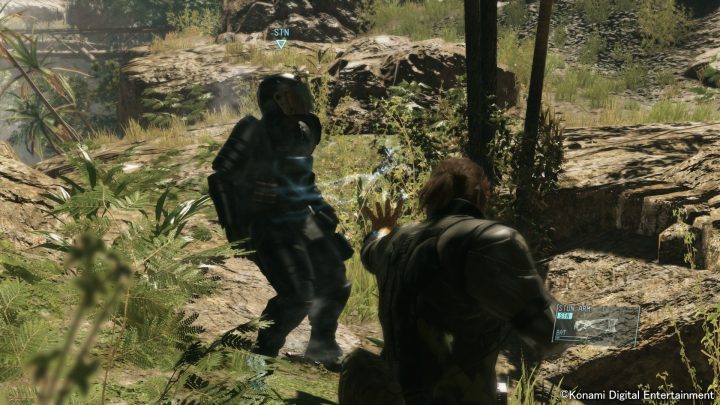 If you buy a physical copy of the game, the earliest Metal Gear Solid 5 release time is midnight though only if you live near a place that’s hosting a midnight launch event. Gamestop is holding midnight launch events at select locations. You’ll want to get in contact with your store ahead of time if you want to buy the game the second it’s released.

At this time, it doesn’t look like Best Buy will be hosting a Metal Gear Solid 5 midnight release though that could certainly change in the next few days so keep an eye out.

While Xbox and PlayStation owners can pre-load the game ahead of its release date, there will be no PC pre-load. Instead, Steam and Konami will open up the download process at Midnight EST. Download times will, of course, vary based on connection speed so make sure you have a strong connection before making your move.

There are two versions of Metal Gear Solid 5. There is the regular day one version that comes with a number of free DLC items including a special handgun and a physical map. There is also a Metal Gear Solid 5 Collectors Edition that’s available for the Xbox One and PS4.

The Metal Gear Solid 5 Collectors Edition is $100, $40 more than the regular version, and it comes with several notable items including:

Unfortunately, the Metal Gear Solid 5 Collectors Edition is sold out most places. Major retailers like Amazon, GameStop and Walmart are, as of right now, completely sold out of the game and it’s not clear if Konami will be making any more copies ahead of the release. With just days to go before release, there’s a good chance that it won’t. 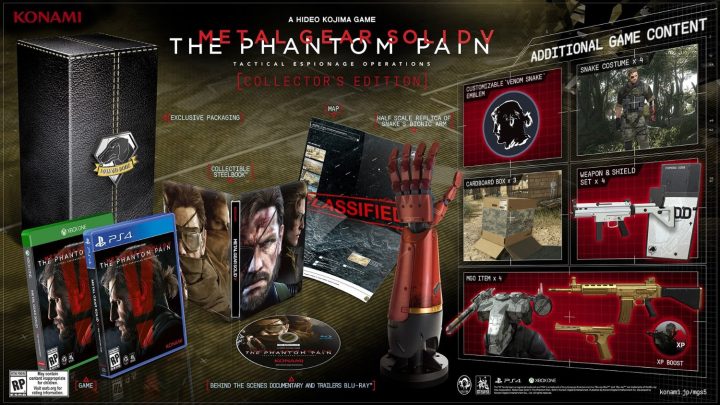 As we’ve noted, there are ways to acquire one before the release date. The first option is to track it through a site like NowInStock. NowInStock tracks online inventory and it will alert you to stock if and when it becomes available.

You can also buy the Metal Gear Solid 5 Collectors Edition through resellers like eBay and Craigslist though you’ll have to be willing to pay more than $99.

The Metal Gear Solid 5 cover features Big Boss and a Konami logo but it doesn’t feature Hideo Kojima’s name, something that has angered many fans of the Metal Gear series. 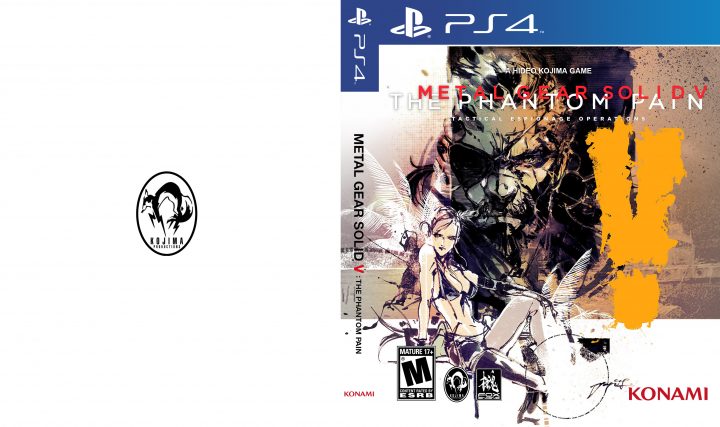 Those that want to show Kojima their support now can thanks to custom Metal Gear Solid 5 covers from Dual Shockers. The site put together printable covers that feature Kojima’s name and all of the other pertinent information. It also features Yoji Shinkawa’s beautiful artwork.

There is no Metal Gear Solid 5: The Phantom Pain demo so you’ll need to rely on the feedback from critics and other Metal Gear Solid 5 players if you’re on the fence on or around release day. You could also trial it out if a friend or family member plans on buying it. 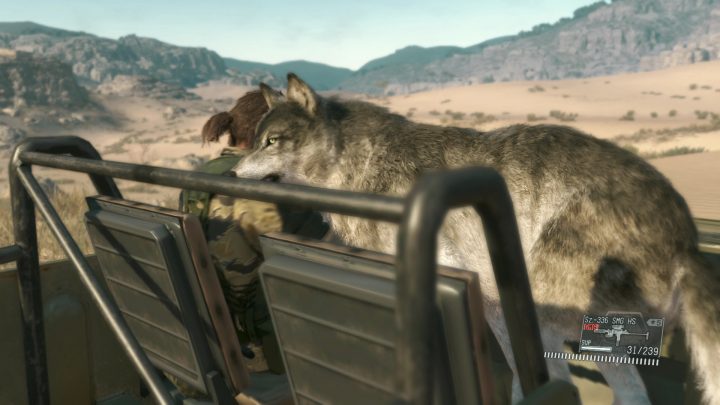 You’ll also want to consider playing Metal Gear Solid 5: Ground Zeroes. Ground Zeroes is The Phantom Pain’s prequel and it’s available for free to Xbox One Live Gold members through August 31st. We’ve also seen a number of other deals that have dropped the game’s price below its usual $20 price point.

Those who pre-order the PC Metal Gear Solid 5 release will get Ground Zeroes bundled in for free.

Konami recently confirmed plans to release Metal Gear Online on October 6th for consoles. Unfortunately Metal Gear Solid Online for PC will be delayed into early 2016. That’s big news for those that were looking forward to going beyond the single-player experience in 2015.

The company hasn’t outlined a specific date but it has confirmed plans to release Metal Gear Online for PC in January.

Best Buy is currently offering two Metal Gear Solid 5 deals. One will net you $10 in Best Buy Rewards if you pre-order the game ahead of next week’s release date. The retailer is also offering the game to those in the Gamers Club Unlocked program. Those in GCU can get the game for $48.

Microsoft is currently offering a deal that will give pre-orderers a $10 Xbox gift card digital code within 10 days after the game’s release on September 1st. That’s big if you do a lot of shopping there.