MLB 15 The Show is one of the most anticipated PS4 exclusives of 2015, and there is even enough excitement to tempt some users into buying a PS4 just to play this game.

The MLB 15: The Show release date is just over a week away and the excitement for this baseball simulator is at incredible levels as Sony shares new MLB 15 The Show videos and lets loose more details about the game.

New information is especially important to MLB 14 The Show owners who want to play online for the foreseeable future, which means upgrading soon for more than just all the new MLB The Show features. 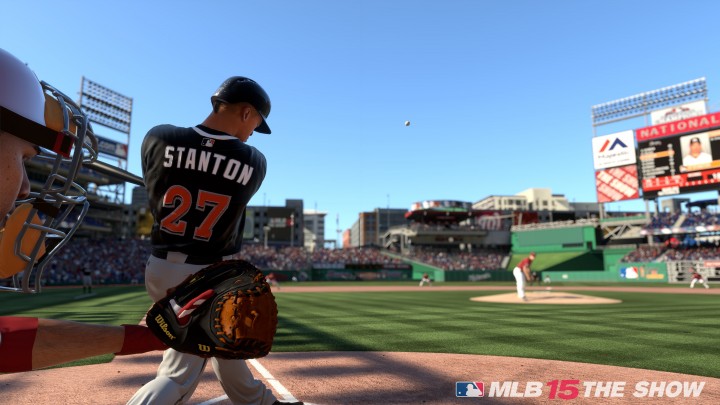 What you need to know about the MLB 15 The Show release right now.

For dedicated baseball fans, the MLB 15 The Show release is the only baseball game release worth paying attention to this year. RBI Baseball and others offer alternatives, but they don’t come close to the level of realism that MLB 15 The Show delivers.

This is what you need to know about the MLB 15 The Show release now, and what you should do to maximize the amount of money you get for MLB 14 The Show.

We saw one $20 off MLB 15 The Show deal in late 2014, but since that slipped by there are not many major deals. Right now the biggest deal is that you can get a free PS4 controller skin in the teak of your choice from SkinIt. This is available with the PS4 MLB 15 The Show pre-order from any participating store. It’s a nice deal, but not one that will sway most shoppers. 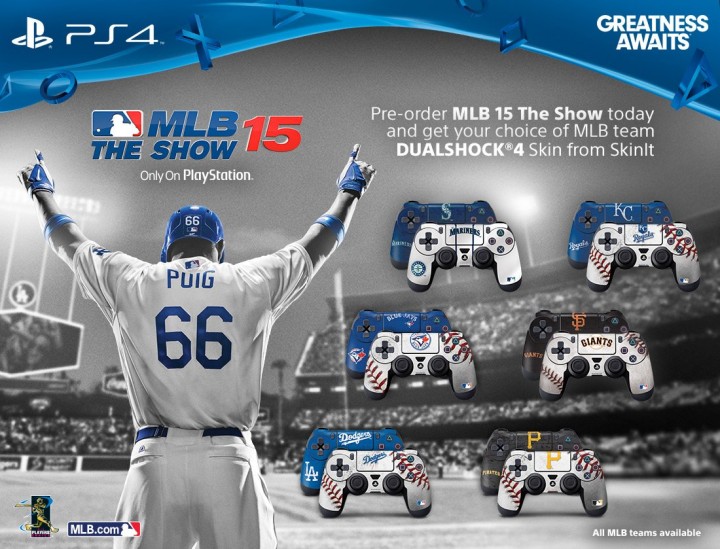 We could see some good MLB 15 The Show deals.

If you are a Gamers Club Unlocked member you can get MLB 15 The Show for $48 at Best Buy, but there is no $10 My Best Buy reward bonus with this game.

One leak suggests that Target will offer a Buy One Get One 50% off deal on all video games for the week of the MLB 15 The Show release. If you can combine this with another popular game like Bloodborne or Battlefield Hardline you can save $30.

Typically we see deals on sports games arrive a few weeks after the release.

If you already own MLB 14 The Show for PS3, you may want to trade it in, but don’t count on a lot of money for your trade in unless some retailer adds a big trade-in bonus.

You won’t get much for this, but you may have better luck selling MLB 14 The Show on Craigslist for $15 to $20 this week.

Sony is in full force advertising MLB 15 The Show with a series of new videos including a closer look at licensed equipment and a hilarious video showing Puig play Puig in MLB 15 The Show.

Another recent video shows off the year-to-year saves option that is present in MLB 15 The Show.

With low MLB 14 The Show trade-in values, you might want to keep the game, but Sony just announced a huge reason to upgrade.

If you like to play online that will soon come to an end. On June 18, 2015 Sony will turn off the online features and gaming options for MLB 14 The Show.

That’s for all versions including PS4, PS3 and PS Vita. It’s disappointing to see support ending this soon, while EA can leave support for older sports games online for much longer.