There are just weeks left until NBA 2K17, the latest entry in a franchise that’s become the world’s most popular basketball video game for living room consoles, arrives on store shelves. Visual Concepts and publisher 2K Games is wetting appetites this week with the release of My NBA 2K17 and NBA 2K17 The Prelude. Both became available to download early this morning.

Released every year around this time, console gamers flock to the NBA 2K series for an authentic recreation of the NBA and all the things that need to happen before players ever take to the court. There’s online pick-up games for practicing with other and a player creation engine that allows users to create their own franchise star. Besides extending that custom player creator and revamp the game’s story, NBA 2K17 packs League Expansions so that gamers can add their custom-made franchises to the NBA’s established roster. 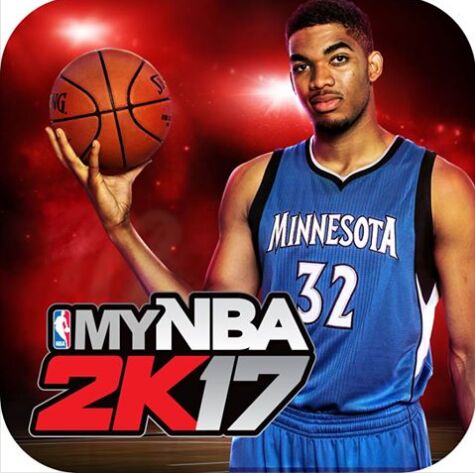 My NBA 2K17 for iPhone and Android arrived in the iTunes App Store and the Google Play Store as updates to existing apps this morning. The app is so important to the overall 2K17 experience that it features its own cover athlete, star Karl-Anthony Towns.

Through My NBA 2K17 players earn currency. A card game built into the companion app gives users something to do when they can’t be on their console playing the main version of the game. Users trade the in-game player cards that they rack up with other players through an exchange. Access to 2K TV is included too. The app is free, but gamers can also take shortcuts by buying credits for the app in small increments.

The app is also the only way for users to get their faces into the game for MyPlayer. NBA 2K17 drops support for camera accessories on consoles in favor of gamers just using their smartphone. The only way to import your face is through My NBA 2K17.

Face scanning is a topic of much debate today as users begin taking advantage of NBA 2K17 The Prelude. 2K Games revealed the free game download earlier this month. It acts as a lead-in for the main game’s MyCareer story. Players can get started with their MyPlayer now through Prelude. That includes choosing the way their character scores. Options also include the ability to input face scans into the game. Prelude’s strong narrative link to the main game is why 2K Games confirmed that users will be able to take their saves and import them into the final game. Unfortunately, NBA 2K17 The Prelude isn’t something that everyone can take advantage of. It’s only available on the Xbox One and PS4.

By putting these parts of the NBA 2K17 ecosystem out now, Visual Concepts is able to make sure that things are working properly ahead of the next major milestone for the game. That’d be Early Tip-Off Weekend, a chance for those that pre-ordered the game to play ahead of anyone else. Early Tip-Off starts September 16th and lasts until the game’s official release date on September 20th.