For lovers of mobile games the world over, nothing is as exciting right now as Niantic Labs’ new Pokémon GO for iPhone and devices running Google’s Android operating system. Since the game’s release, millions have flocked to the iTunes Store and Google Play Store to download the location-aware new edition to the long-running franchise. Those that enjoyed previous games are finding that Pokémon GO is very, very different. Especially, where Pokémon GO battles are concerned.

Pokémon GO battles do exist, but you don’t get caught in one for roaming the streets and getting too close to watchful Trainers. Instead, battles in this game are based around what makes smartphones unique. They’re faster paced, and happen at the Gym landmarks designated on each game map.

Here’s what you need to know about Pokémon GO battles.

Where to Go for Pokémon GO Battles

The first thing that you’ll notice about Pokémon GO is how carefully its developer is trying to foster a community that works together. Other games in the series have offered players the opportunity to battle each other and battle wild Pokémon to weaken them and add them to their collection.

The simplified capture mechanic in this game means that you don’t have to worry about battling creatures before you throw out a PokeBall. Getting the angle right is enough. You don’t battle the other Trainers around you either. 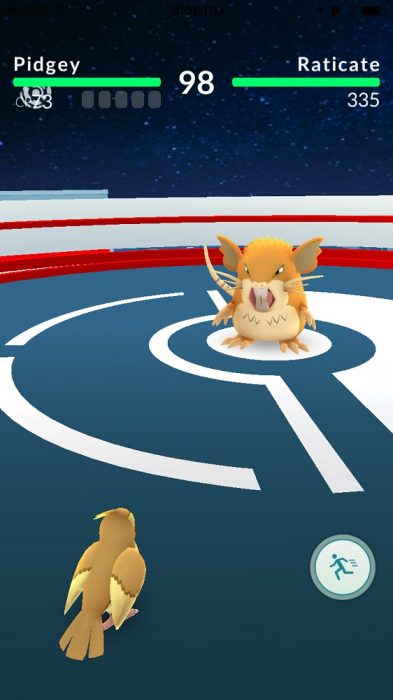 So where do you go for Pokémon GO Battles? You go to Gyms. From the moment you make it through the game’s setup process you’ll see Gyms of different colors scattered across your game’s map. Like PokeStops, they’re positioned at landmarks that make great meeting places. Early on, you won’t be able to do anything except see them and admire them.

Once you reach level 5, Gyms unlock for you. You join one of the three teams the game offers. Gyms matching your color provide you with the opportunity to train up your creatures in Pokémon GO battles. When you battle at Gyms not controlled by your team, you’re attempting to usurp the grip that the current team has on them by lowering their prestige. These are the only times that you’ll actually battle in Pokémon GO.

Remember when Pokémon battles were turned-based and required an array of attacks? Pokémon GO battles keep foundation set by other games in the series, but introduce some interesting changes.

First, there’s no turn-based combat here. Instead, in Pokémon GO battles, you’re fighting in real-time against opponents. Swiping allows your creature to dodge an attack, while tapping allows them to strike back at opposing creatures.

HP does just what it’s always done. It governs how many hits your Pokémon can take before they’re out of a battle. CP stands for Combat Power, and it’s how you gauge how powerful your creature is and how well you can expect to do against an opposing creature. The higher than CP, the more powerful your Pokémon is.

Every Pokémon comes with two moves when you capture it. Though some of these moves change during evolution, one is always a regular attack and the other is always a special attack specific to that type of creature. When battling and the energy bar on your screen is full, you can use the special attack by holding your finger on the screen. That’s in addition to swiping and dodging. 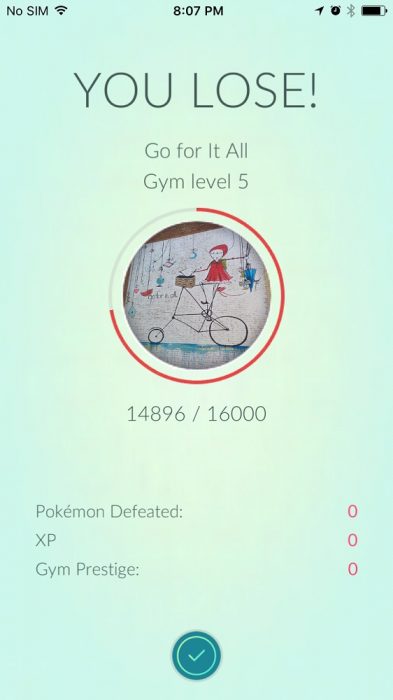 Two valuable items in particular allow you to boost your creature’s CP and HP instantly. Stardust and Candies that you get when capturing Pokémon in the wild allow you to boost your Pokémon’s power over time. Candies also allow you to evolve your Pokémon to a higher form when one exists, boosting their CP, HP and giving them a fresh look. Unfortunately, you’ll need to keep capturing Pokémon of the same type to get your hands on the Candies that you need to evolve and power up your creatures for Pokémon GO battles.

Good luck with your Pokémon GO battles and Pokémon GO training in general.