There is a major PS4 trade-in deal for anyone who wants to upgrade from Xbox 360 or PS3 and there are many more deals that offer huge savings for users who don’t have a console to upgrade.

There’s no need to look for tiny PS4 deals when you can easily score big savings from almost any store in April 2015. With the PS4 deals April 2015 list below you’ll discover a way for upgraders to buy a PS4 for $225 and huge discounts and useful add-ons if you don’t want to trade in an old console.

This seriously blows away every other PS4 deal that we’ve seen in 2015 and it is an opportunity that many gamers won’t want to miss with a growing catalog of great PS4 games and many exciting 2015 PS4 game releases coming.

If you choose to use this PS4 deal you need to trade in the qualifying PS3 or Xbox 360 in full working order and the credit is only valid on a PS4. You cannot trade this for cash. Some users report trading in two consoles at the promotional credit and using it on one PS4, but this varies based on manager discretion.

Bloodborne arrived last week to stellar reviews and with this option you also get the digital copy of The Last of Us remastered and a $20 gift card that you can use on another excellent game.

This is only valid while supplies last and it represents a $80 savings over buying individually.

PS4 Deal with DualShock 4 + Call of Duty: Advanced Warfare + Last of Us 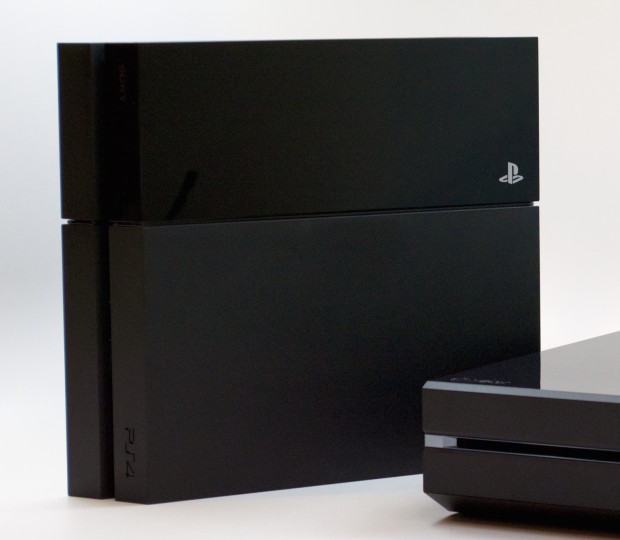 Save big with our PS4 Deals April 2015 roundup.

The extra controller makes this a solid deal for families or gamers who play with friends in person, not just online. Overall this PS4 deal delivers $99 in added savings ($49.99 for controller & $39.99 for Call of Duty: Advanced Warfare).

If you don’t want the free games offered or prefer to shop at another store, you can save with a free PS4 controller or a free PlayStation Camera. These aren’t as good as the other options, but if this is what you want, here’s where to buy.

Other tempting PS4 deals in April include what is essentially a $50 price cut with the purchase of a PS4 at Meijer or Target. Target offers a $50 target gift card as a bonus and Meijer offers a $50 coupon toward your next shopping trip.

Even if you only have enough to buy the PS4 now, you can use this on groceries and other household items. If you need games, this will help you buy at least one recent release that is already on sale.

PS4 game deals round out the savings.

This is also an excellent time to buy PS4 games with many stores offering Buy one Get One 50% or 40% off. There are also a lot of individual game discounts.

Individual PS4 game deals include the following discounts and more. Many of these end on April 4th.