Here’s everything we know so far about Samsung’s upcoming Galaxy Buds, and why they’re worth waiting for. Recent reports have all but confirmed that Samsung will debut some fresh new Galaxy Buds along with the Galaxy S10 this month to take on the Airpods 2, and new Pixel Buds from Google.

The original Icon X earbuds from Samsung weren’t that great, Google Pixel Buds aren’t truly wireless, and Apple hasn’t announced new Airpods yet. As a result, you might want to wait for the new “Tuned by AKG” Galaxy Buds coming in March. Basically Samsung’s 2019 Gear IconX earbuds. Here’s why.

According to several reports, Samsung is working on a few different wearable devices for 2019. From a new smartwatch, Galaxy Buds, Galaxy Fit and more. In fact, Samsung Galaxy Buds, sporting the model number SM-R170, recently received Bluetooth certifications and cleared the FCC, all but confirming they’re coming soon.

Furthermore, we just received our first images of the Samsung Galaxy Buds sitting inside the case, which features wireless charging. Even more exciting, the earbuds are charging from the back of a Galaxy S10, which will feature reverse wireless charging. 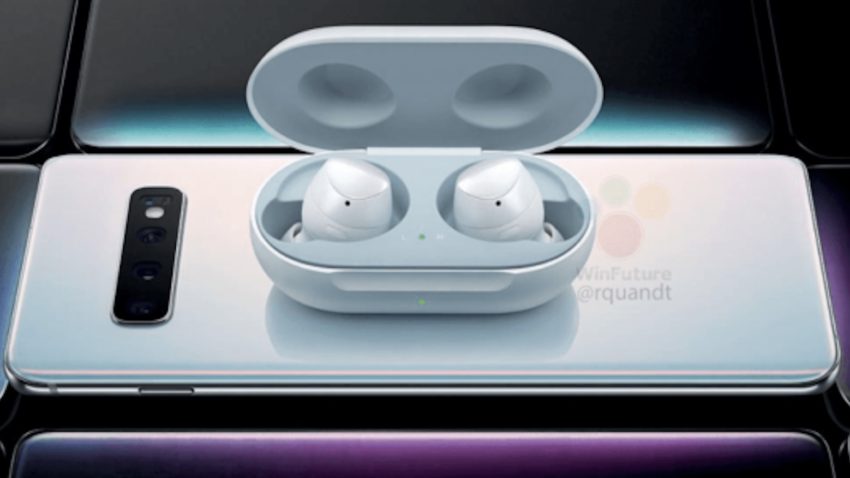 Charge your earphones by sitting them on your phone (Galaxy S10)

While the original Gear Icon X are nice, they had more than a few shortcomings. A big one being Bluetooth that cut out frequently, especially depending on where your phone or source was located. If your phone was on your left but the main earbud on the right, it’d cut out. Not to mention poor battery life.

Samsung’s original earphones were really bulky too, especially compared to Apple’s sleek design on the Airpod. However, considering those were released in late 2017, the Galaxy phone maker could have something great up its sleeve nearly two years later. Technology has come a long way, and we’re expecting a nice set of compact wireless earbuds from Samsung that will complement the Galaxy S10.

With that in mind, here are some reasons you might want to skip buying any of the current Buds and wait for the second-gen Galaxy Buds. Whether that’s sometime in early 2019 with the Galaxy S10, after Mobile World Congress, or later this year with the Galaxy Note 10. We’ll also go over a few reasons they aren’t worth waiting for.