Choosing between the Surface Pro and the 12.9-inch iPad Pro isn’t difficult if you want a tablet that can also replace your notebook. Here are all the reasons why the Surface Pro makes a better notebook replacement. 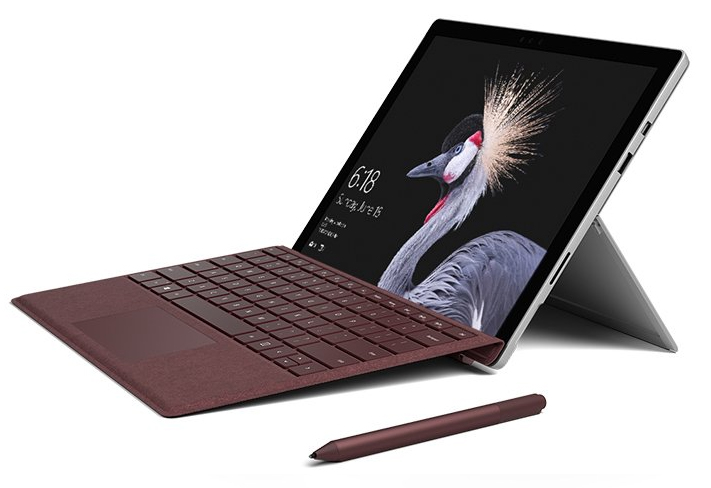 Watching movies and television TV shows is better on the 12.9-inch iPad Pro. Videos are more fluent because of the iPad Pro’s True Motion technology. HDR support makes colors in videos pop. The tablet takes its name from its 12.9-inch screen, which is slightly bigger than the Surface Pro’s 12.3-inch display. The iPad Pro’s 4 stereo speakers easily fill a room with sound.

But, for all that, the Surface Pro (which costs $799 like the iPad Pro) does some great things as well. Its 12.3-inch screen has a high-color mode to improve the look of your movies and television shows. Because it has Windows 10 Pro, it can run apps made for older versions of Windows as well as the best Windows 10 apps from the Microsoft Store. That includes Microsoft Office 2016. The Microsoft Windows 2-in-1 has a few hardware advantages, too. Its USB port saves you from buying new adapters and hubs just to get your existing accessories working the way you’re used to. A kickstand on the back lets you leave your folding keyboard cover behind.

Read: Which 2017 Surface Pro Should You Buy?

Use this list of reasons the Surface Pro is better to decide whether you should buy the 12.9-inch iPad Pro or purchase a Surface Pro instead.

7 Reasons Surface Pro is Better than the iPad Pro