If early interest is any indication, Hatchimals Surprise is 2017’s most popular toy yet. That’s why you need to know about the new 2017 Hatchimals.

The first Hatchimals toys launched in 2016, and they sold out soon after. At the beginning of their lives, Hatchimals live inside an egg. Kids play with the egg as often as they can. Eventually, the Hatchimals break their shell and come out to play. There are many different Hatchimals types, and which egg you have determines what type of animal you get. They all have different looks and slightly different personalities, but you can play games with each of them, and they learn different tricks at different stages. 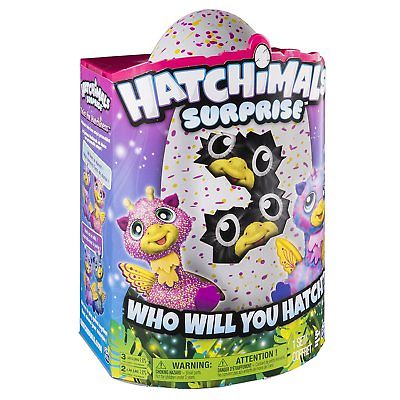 Read: What Are Hatchimals & How to Find Them in Stock

Hatchimals Surprise Gets You Two Instead of One

Hatchimals Surprise toys take their name from their best new feature. Buyers only got one toy with the original eggs, but Hatchimals Surprise eggs hold two toys. They sit stacked on top of each other inside the egg, so your child only thinks that they’re getting one when they’re really getting twins. Although both toys in each egg are the same type of Hatchimal, they’re not the same color, so your child can easily tell them apart. They also have different abilities and personalities.

How Hatchimals Surprise Can Save You Money

If you have more than one child, Hatchimals Surprise can save you a lot of money.

Hatchimals Surprise eggs cost $69.99. That’s $10 more than an original Hatchimals egg costs today. The higher price is understandable. If you have one child, they get two digital pets to take care of and play games with. Households with two children save $50 when they buy Hatchimals Surprise instead of a regular Hatchimal since each kid can get their own toy from just the one egg. Though each has its own look, personality and abilities, they also like to play with each.

Before you rush out to buy a Hatchimals Surprise toy, be sure that you’re going to the right store to get the Hatchimal you want. Every Hatchimal animal is based on two real-life animals. They each have ears, eyes that glow different colors and arms or claws. Some retailers have deals that guarantee certain species for their shoppers.

You can only buy the other Hatchimals Surprise toys at specific retailers. Zuffins are only available at Wal-Mart’s stores and its website. They’re a mix of puffin and zebra. Target is the only place that you can buy a Ligull. They are a mix of lion and gull. Finally, there’s Deeriole. It’s a mix of deer and oriole. Only Target sells them, and unfortunately, they are very hard to find. Target’s website doesn’t even list them now. Spin Master mixed a puppy and a chickadee to create Puppadee. It’s a Toys R Us exclusive.

What Do Hatchimals Do? 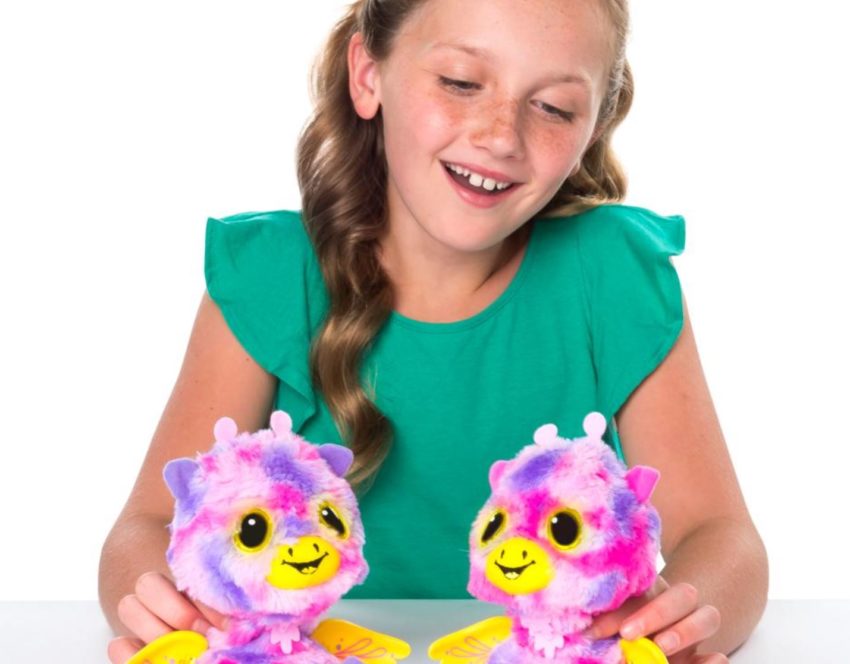 Hatchimals are not just stagnant playthings. Again, they learn new games and do new things the longer your child takes care of them. Each of them has their own personalities.

In their first stage, each Hatchimal is still inside their egg. Your child can tap, tilt or touch on the egg and the Hatchimals inside will make noises. Their eyes will also glow through the egg’s shell.

By the time they hatch, they’re ready for Stage Two. Your child can rub their egg to encourage them to break out of their shell faster.

Stage Three is their baby stage. Your child can feed them, rub them and cuddle with them. They react to claps and a nose press.

Each Hatchimals Surprise learns to repeat what they hear, talk and dance in Stage Four.

Finally, Stage Five unlocks the serenade, freeze tag and harmonize games. One twin learns to play tag and a game called Hatchimals Says. The other learns how to make silly sounds and pretends to predict the future.

You can reset your child’s Hatchimals Surprise toys to start the process all over again. Also, each has an on and off button for when playtime is over.

Why You Should Buy Hatchimals Surprise As Soon As Possible 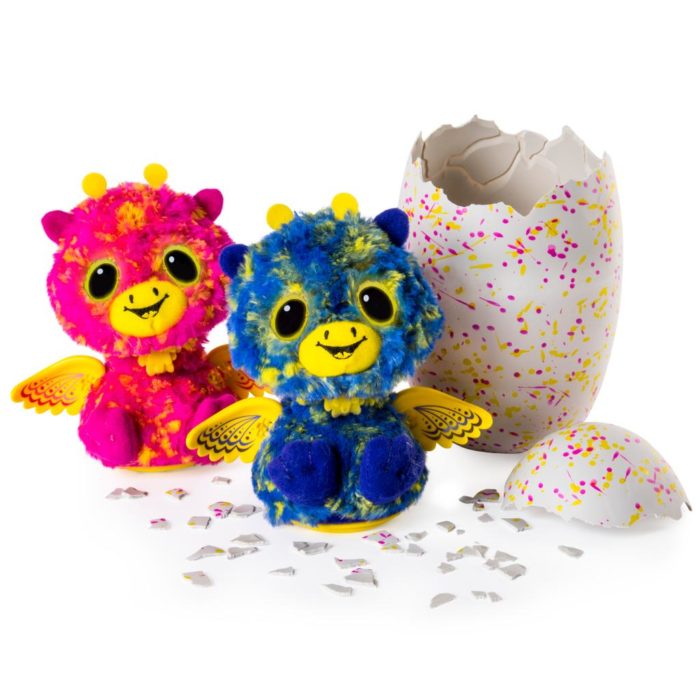 You should buy a Hatchimals Surprise toy as soon as you can. Buying now could keep you from paying double later.

Hatchimals Surprise is both a great value and an interesting toy. That’s a recipe for very high demand. Parents will want to claim the Hatchimals they think their child will love the most ahead of the holidays. Many parents will buy Surprise instead of the regular Hatchimals to keep both of their kids happy also.

Meanwhile, resellers will buy as many of the toys as they can. They want to sell them to parents that didn’t buy early enough. In the weeks leading up to the Christmas holidays, Hatchimals Surprise toys could cost $100 or more on eBay, Facebook Marketplace and Craigslist.

If you buy now, you’re guaranteed to get the Hatchimals Surprise your child wants.