Here are the best NHL 18 deals you can find, which will already help you save $12 off the new NHL game for 2017. We’ll also outline when to expect bigger NHL 18 deals after the release date.

The NHL 18 release date is September 15th, but you can already pre-order the game and save on one of the editions of the game. EA offers multiple NHL 18 editions this year including the NHL 18 Young Stars Deluxe Edition, but there are no deals on the two higher end versions yet.

So far the NHL 18 deals are more sparse than the early FIFA 18 deals and Madden 18 deals, but there are savings to be found if you know you want to buy the new hockey game. You’ll need Best Buy Gamers Club Unlocked or EA Access if you want to save on NHL 18 right now, but we expect more deals to come. 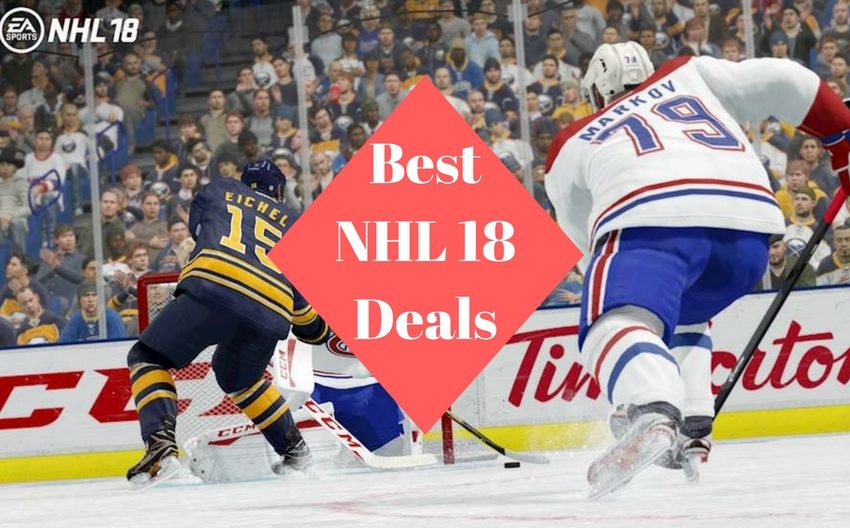 The best NHL 18 deals you can find.

These are the best NHL 18 deals you can find right now. YOu can pre-order and lock in savings, but also know that you can cancel most pre-orders if you decide to buy the game elsewhere or find a better deal. Most of the NHL 18 deals are on the disk unless you buy EA Access, which lets you play early and offers a discount on EA games.

Best Buy offers 20% off NHL 18 with Gamers Club Unlocked. This is the best deal we’ve seen yet, and until Amazon offers the physical version of the game, you may not see another deal like this. You need to pay $30 for a two-year membership in Gamers Club Unlocked, but that gets you 20% off all games on disk, a trade-in bonus, and stacks on top of other deals.

You can save 20% on NHL 18 at Best Buy for the PS4 and Xbox One. Best Buy only sells the physical version of the standard edition, so you cannot save on the special editions.

This is an up front discount, so you don’t need to wait for a reward certificate or anything like you typically see on many Best Buy deals. We don’t typically see massive trade-in offers for the old NHL game, so don’t count on that.

If you don’t want to pay full price for NHL 18 and you prefer to get your games digitally so that you can play without swapping disks, EA Access is your ticket. This paid membership offers 10% off games and DLC purchases for EA games. EA Access is $5 a month or $30 a year and also includes a ton of full EA games that you can play and early access to EA games like NHL 18, Madden 18, FIFA 18 and Star Wars: Battlefront 2. With EA Access, you get the following deals;

The savings are handy if you already have EA Access, but it’s not usually worth buying EA Access just for the discount since it ends up being a wash. If you like the other benefits, it’s a good deal.

When to Expect Bigger NHL 18 Deals

You can count on bigger NHL 18 deals during Black Friday 2017. This shopping frenzy is a crazy time to go into stores, but most game deals are also available online, and sometimes start days before the actual Black Friday sales

Expect to see NHL 18 go as low as $35 during Black Friday, with a chance of going as low as $29.99 at one retailer. These deals typically last for a day or two and rarely sell out online.