If you play any kind of online games you need an Xbox One headset. Whether you pick out the best Xbox One headset under $30, grab a pair of awesome no dongle required headphones or splurge for with 7.1 surround sound you’ll be a better gamer with a good headset. These also work great for streaming movies or TV shows.

This allows you to game at full volume without waking anyone up, and it makes voice chat way better than simply using your phone’s headphones or an Xbox One chat mic.

For gamers playing PUBG, APEX Legends, Fortnite, Call of Duty: Modern Warfare, and any other shooter or competitive online game even a cheap Xbox One headset will help you be a better gamer. With stereo sound or surround sound, you can hear where shots are coming from or where footsteps are coming from. For single-player games, this is a more immersive experience as well.

In short, you need an Xbox One headset. Now that you know what you need, you have a few options. You can go with a cheap option that is going to deliver a basic stereo sound and an OK microphone. That’s still a massive step up from TV speakers and most soundbars. Wired Xbox One headphones are handy, but if you can afford it, we suggest going with a wireless option. You get great sound and you don’t need to worry about a cable between your controller and your headset.

Beyond these practical benefits, it just makes sense to have a wireless headset for gaming. The included wired chat headset broadcasts distortion to other gamers in your party. Many of them only have a single speaker, so they don’t give you the rich sound you need to get lost in a game. Wireless headsets don’t have a cable for your dog to chew on either. 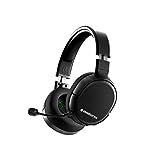 The SteelSeries Arctis 1 wireless gaming headset is a great option to connect to the Xbox One. This works with the current Xbox One and the new Series X.

You get a detachable microphone and SteelSeries Lossless 2.4Ghz technology. You can attach the included USB C dongle to also use this with an Android Phone or the Nintendo Switch.

Padded AirWeave cushions and a steel-reinforced headband add to the comfort and long term use.

These Xbox One headphones have everything you need for a solid gaming experience including great sound, long battery life, and wireless connectivity. It comes with a small USB receiver that connects to your Xbox One for sound and chat. The RIG 800LX uses 40-mm drivers and includes a boom mic that mutes when you fold it up.

Memory foam isolates your ears, and each speaker uses noise-canceling technology to eliminate any sound that makes it through that isolating foam. There are dials on the headset to control audio balance and you can tailor the EQ to your tastes. The RIG 800LX last 24 hours on a charge, so expect to charge these less than other headsets.

The RIG 800LX is also for the style and comfort-conscious gamer. A double headband keeps the accessory on your head, but loose enough that your head doesn’t start to hurt during a really long gaming session. Its cups have cutouts for glasses. Also, the entire headset is modular, so you can switch out the black headband for another color whenever you want and match your headset to your Xbox Wireless Controller. 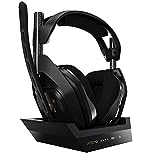 The Astro A50 Wireless Headset is also best-in-class.

All the sound on this headset comes from two 40-mm speakers connected by a central headband. The headband and earcups have cushions so that they don’t leave marks on your head and become too uncomfortable during a long gaming session. Mod kids let you customize the ear cups and add logos to both speakers for a little personality. You fine-tune the headset’s audio through a smartphone app.

The Turtle Beach Stealth 700 Xbox One headphones are affordable, sound good, include an awesome boost that helps you hear enemies in shooters and they connect wirelessly to your Xbox One without a dongle or adapter using the same tech as your controller.

There are several EQ options, including the Superhuman Hearing option that allows you to boost footsteps and other sounds, which are integral in the Battle Royale games. You get Active Noise Cancellation and microphone monitoring, so you can hear yourself talk. This will help you avoid shouting. 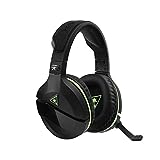 We love that it also includes Bluetooth and a 3.5mm headphone jack that allows you to connect to other devices if you want to use it on the go or with other systems. Battery life is rated at 10 hours, which is about right for our testing. 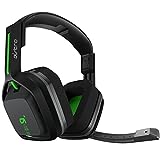 The Astro A20 Xbox One headphones are a nice set of wireless gaming headphones that won’t break the bank.

Two 40-mm speakers and a boom mic round out this setup. You get a noise isolating cushion that helps with overall comfort during long gaming sessions. Control the sound with EQ settings to match different game types or make a custom EQ. Dolby Atmos creates immersive 3D sound for games that support it and for movies.

That’s not to say that you need to spend lots of time in the settings app with this headset. The Astro A20 headset has a master volume control wheel built-in. Also, lifting the headset’s boom microphone mutes you in chat.

There two color options. You can buy the headset in green or gray to match your gaming room setup. You only need to charge the Astro A20 headset once every 15 hours. 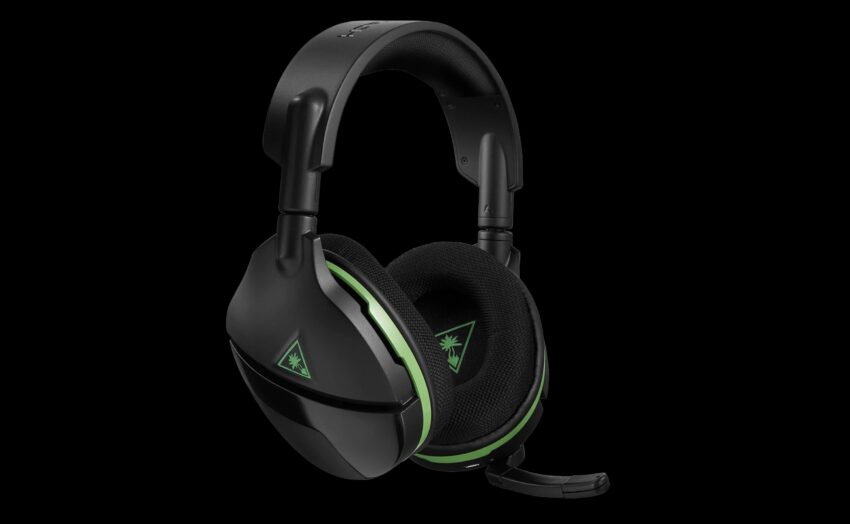 You can still find the Turtle Beach Stealth 600 refurbished in 2020.

The Turtle Beach Stealth 600 headset offers great sound for a modest price tag. It doesn’t add any more clutter to your existing set up either.

Wireless technology inside the Stealth 600 is what allows it to ditch the base stations that other headsets require. Your console communicates with the Stealth 600 using Xbox Wireless, the same standard that’s used for your controller. Another Microsoft technology, Windows Sonic Sound, simulates surround sound in your games. Also, Turtle Beach’s Superhuman Hearing software boosts the volume of quieter sounds, like footsteps. That could give you a slight edge in online multiplayer.

The headset itself is pretty sturdy. A durable plastic headband with colored accents connect the two 50-mm speakers together. There are built-in controls for volume. You flip the microphone up to mute yourself without diving into settings. And, like a few other headsets in this roundup, these headphones last for 15 hours of gaming.

The Razer Thresher costs just $149.99. That’s $100 less than the Thresher Ultimate. Despite that drop in price, you still get a headset with 50-mm drivers and built-in audio controls. It also has memory foam ear cushions to isolate your ears. A built-in boom microphone disappears into the headset’s body when you aren’t using it.

You don’t get a cool display base station with the Razer Thresher though. That’s why it’s cheaper. Instead, the headset communicates directly with your Xbox One using Microsoft’s Windows Sonic surround sound technology.

Battery life and reception are solid. This headset’s battery lasts 16 hours. Don’t take the headset off when you pause your game. It still picks up audio from 20-feet away.

When you need to keep costs in check, go with the Turtle Beach Ear Force Recon 50X wired Xbox One headphones. These connect to your Xbox One controller, and also work with other devices that use a 3.5mm headphone jack like your PC, PS4, or Switch.

There’s an adjustable boom microphone and 40mm drivers in this budget set of gaming headphones. In line controls let you control the volume and mute your mic.

It does not have mic monitoring, so you cannot hear your voice over the speakers. If you have an older Xbox One controller without a 3.5mm jack you will need to buy an adapter.