Madden 19 isn’t just a $60 video game for many gamers. It’s a money pit that uses gambling mechanics and splashy animations to lure players into spending $1,500 in a month on Madden.

In fact, EA sends a free copy of the new Madden game to these players to entice them back into making a new Ultimate Team.

“At the height of my madden addiction it wasn’t uncommon for me to spend at least two hundred dollars a week.” explains whereegosdare on reddit.

RamseyIsTheGOAT shares, “In 18 I spent $1500 in a single month. It adds up fast boys, protect yo wallets.”

“Spent thousands last year. And at launch I think I’m only going to get 20 dollars worth of points. And that’s for the level packs. No more bundles this year. I had better pack luck out of mutrewards and twitch drops then I did actual bundles.”, mrryanking shares. 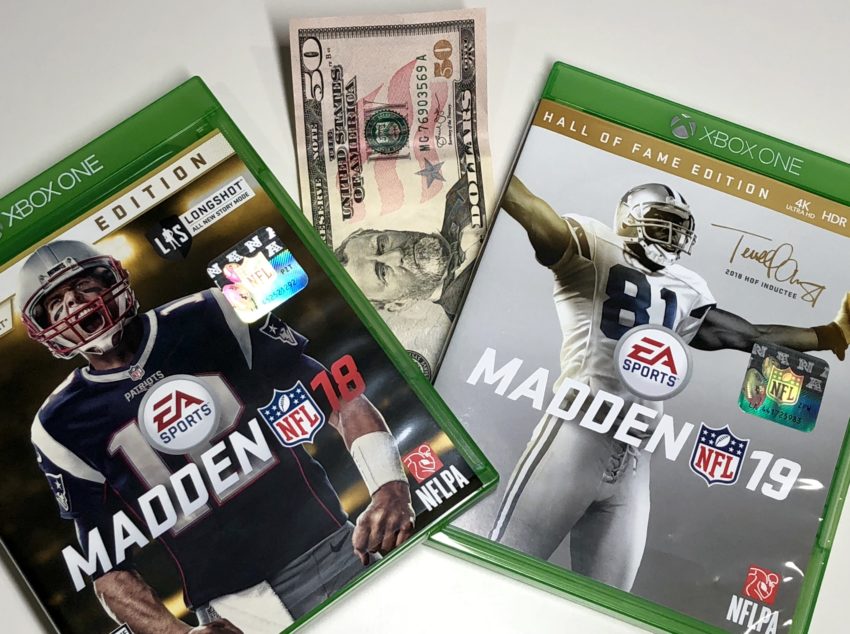 “Now the interesting thing is when I say it in dollar amounts the gravity of what was lost is quantifiable. Saying it as “two big bundles a week, one ToTW, one legend” almost sounds socially acceptable.

And that’s what EA wants.”

Gamers in the thread compare the Ultimate Team chance, animations and payment system to those used in casinos and on slot machines. It’s clearly scratching the same itch for some gamers.

Instead of relying on the game sales, EA rakes in the cash with Ultimate Team in Madden, FIFA and NHL games.

In early 2016 EA CFO Blake Jorgensen told investors that Ultimate Team accounted for $650 million dollars of revenue, almost half of the money EA made from extra game content. In early 2017 EA shared that number jumped to $800 million.

At the time EA Jorgensen told investors the “real opportunity” was bringing this mechanic to other games. He specifically mentioned Battlefield or Star Wars: Battlefront II.

Despite backlash from gamers over in-app purchases for Star Wars: Battlefront II, which required some gamers to spend $80 to unlock Darth Vader, EA’s Ultimate Team revenue jumped 39% to $787 million in sales. The growth came from sports games like Madden 18, which is what these gamers dumped cash into weekly.

While EA is focused on convincing gamers to spend more money, there is a movement to play Madden 19 Ultimate Team No Money Spent (NMS). In a thread discussing this wheregosdare offers advice on cutting EA off from your wallet. The advice;

This isn’t just a case of a player wanting more. EA designs Madden Ultimate Team and the other Ultimate Team modes to tap into the same areas casinos use to keep people gambling.