The Samsung Galaxy S9+ is still a great phone with a lot to offer, but owners or potential buyers might want to consider the Galaxy S10+ instead. That’s because this year Samsung added a bigger screen, more cameras and some cutting edge tech to its latest phones. If you’re on the fence, here’s how the two compare.

In this Galaxy S10+ vs Galaxy S9+ comparison, we explain all the differences, what’s new, and everything buyers need to know about both. 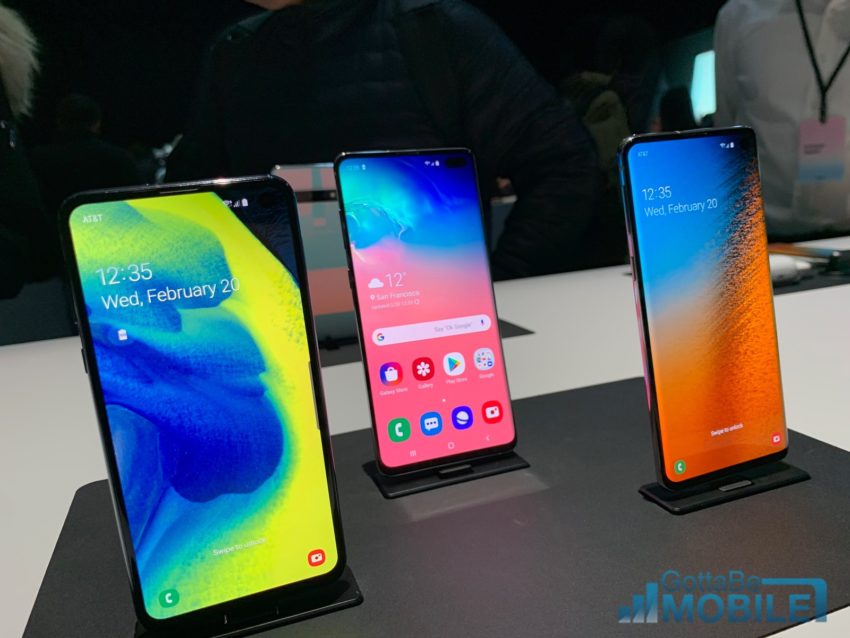 In case you didn’t know, this year Samsung released four different Galaxy S10 handsets. Two of them will be bigger than the Galaxy S9+ from last year, too. Giving big phone buyers more choices than ever before. Those being the Galaxy S10E, a regular S10, a bigger 6.4-inch Galaxy S10+, and the massive 6.7-inch 5G-powered Galaxy S10 5G. Exciting, right?

In 2018 Samsung released the Galaxy S9 and the Galaxy S9+. Both phones had big curved screens with small bezels, a sleek design, powerful cameras, and while they were great, not much changed compared to the Galaxy S8. This year though, the Galaxy 10 has some major changes throughout. From the screen sizes, fingerprint scanners and front cameras inside the screen, triple rear cameras and substantially better battery life.

If you’re still rocking an old Galaxy S7 Edge, Note 5, iPhone 8 or even the Galaxy S8+ and are trying to decide if the next Galaxy is worth an upgrade, we’ll help you decide what to buy. This will also help those with a Galaxy S9+ thinking about trading it in for the S10.

In fact, we wouldn’t recommend anyone buy the Galaxy S9+ right now, not until we know exactly what’s coming from every manufacturer in 2019. That said, you’ll still find tons of helpful information, comparisons, pricing info and details in the slideshow below.