Nintendo Switch owners will get the chance to play Splatoon 2 on July 15th, and they won’t have to place a pre-order for the upcoming game to participate.

Nintendo revealed how users could play Splatoon 2 early in a special video stream that also showcased the game’s new features.

In Splatoon 2, gamers try to cover more of each level in their team’s ink than their opponents. Splatoon 2 has new weapons and new characters. Nintendo Switch owners can play against each other using local multiplayer wherever they are. Gamers set up matches and voice chat with each other through an app for iPhone and Android. Splatoon 2 launches worldwide on July 21st. 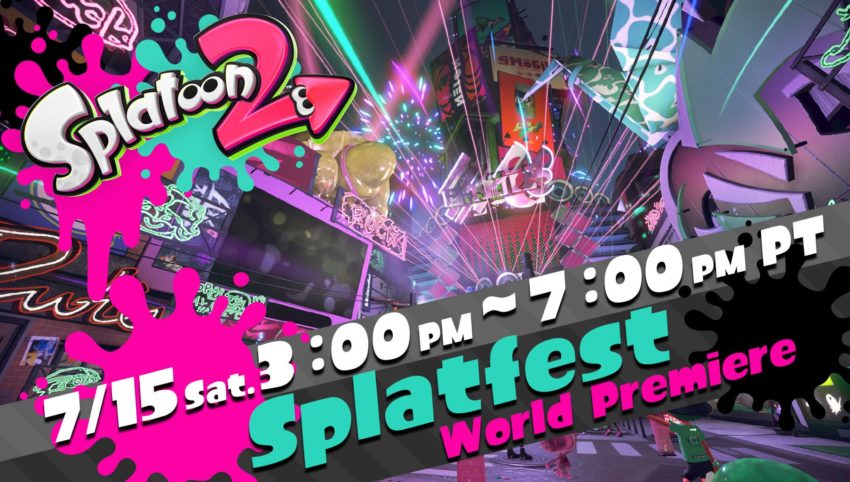 Gamers can try the title early during the Splatfest World Premiere. Each region has a different start time. The demo begins at 3 PM Pacific Time and 6 PM Eastern Standard Time on July 15th in the United States. Gamers in the United Kingdom can begin playing at 5 PM British Standard Time on July 15th. The Splatfest World Premiere will only last 4 hours in each region.

Splatfests are giant worldwide battles between gamers. Players answer a question to determine which side of the Splatfest they are on. The side that wins the most matches worldwide wins the Splatfest. Gamers must choose whether cake or ice cream is yummier during this early play session. Anyone with an internet connection and a Nintendo Switch console can take part in the Splatfest.

Unfortunately, playing Splatoon 2 early isn’t as painless as it could be. Nintendo is adding a new demo version of the game to its eShop today. Gamers need to download that file to take part in the test. This file is different from the demo file gamers download in Mach.

Overall, it’s been a busy year for Nintendo gamers. Splatoon 2 is the third exclusive title to release on the Nintendo Switch in 2017. Arms and The Legend of Zelda Breath of the Wild are already available. Amazon, Best Buy and GameStop have Splatoon 2 pre-orders available for $59.99. A Nintendo Switch costs $299.99.