In this guide we’ll show you how to join the Android P beta program right now. Letting you try Google’s latest version 9.0 of Android months in advance. Whether you want to install it on the Pixel or Pixel 2, or manually flash Android P to one of the other 10 supported devices.

The beta program opened back in May, but now you can try the Android P Developer Preview 5 (beta 4) which is Google’s latest release. Supported devices include the Pixel, Pixel XL, Pixel 2 and Pixel 2 XL. Additionally, phones from Nokia, Essential, OnePlus, Xiaomi, Sony, Vivo, and Oppo all have access. In total, 11 devices can try Android P right now.

If you have the Essential PH-1, a OnePlus 6, a Google Pixel, or one of the many new supported devices, you can try the Android P Developer Preview and beta. Some non-Google devices are still on beta 3, but should see beta 4 soon. Simply follow the links and our step-by-step instructions below. 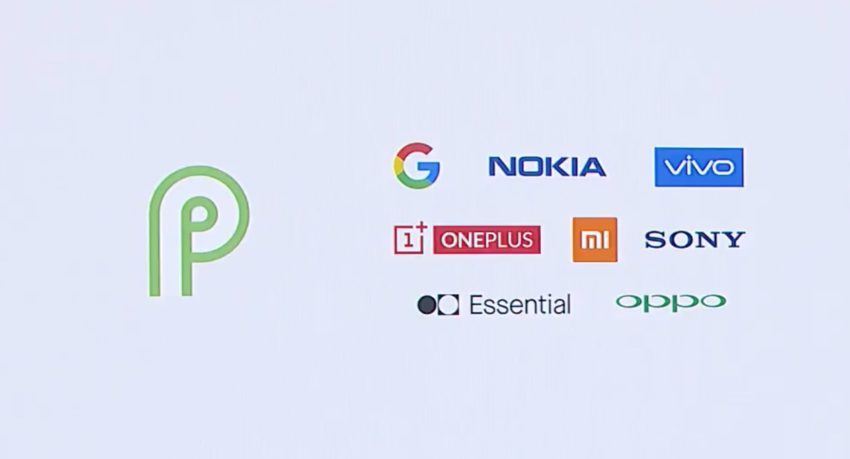 These manufacturers just released more information too. Sadly, the OnePlus 5T isn’t a part of this group, and only the new OnePlus 6. For more information click on these links from Essential, Nokia, Sony, Vivo, and Oppo to get started. Or, just join the beta program below.

Now that Google released the 5th developer preview, a “release candidate” build, we’re confident in saying anyone that wants to try it, should.

How to Join the Android P Beta Right Now

To start, just head to Google’s beta program website. That’s where you’ll see what device you own can try Android P. Go to Google’s Android P beta page, opt-in, agree to the terms, and wait for the Android P update to hit your device. I already received it on the Pixel XL, and it was over 400MB in size. Then, on July 25th I got the 5th and last update. 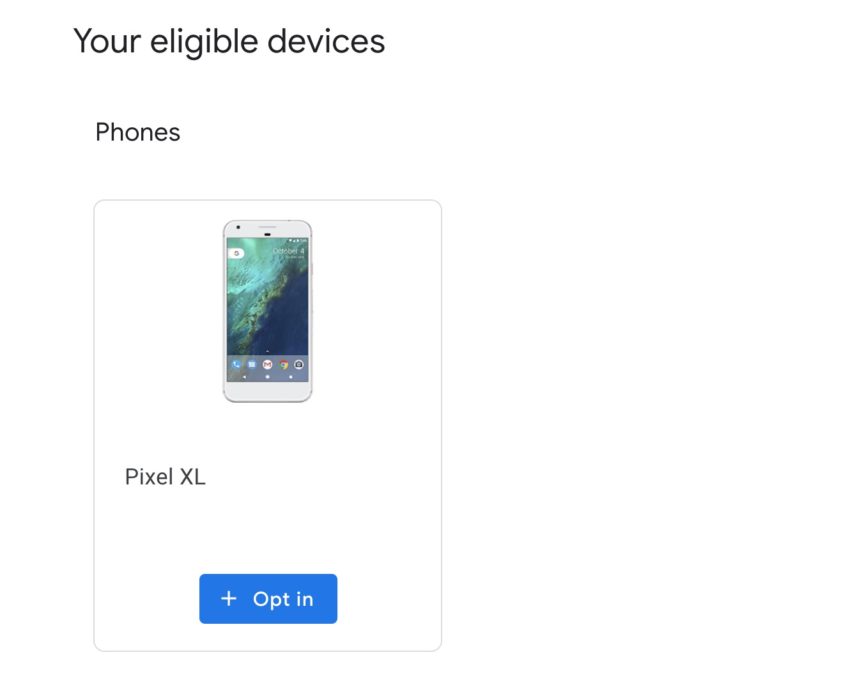 Now, just go to Settings > System (or similar) > and tap check for updates. You’ll get the latest version of Android P right on your phone. It’s worth noting that only devices that support Project Treble, and have Android 8 Oreo already are eligible for this program. 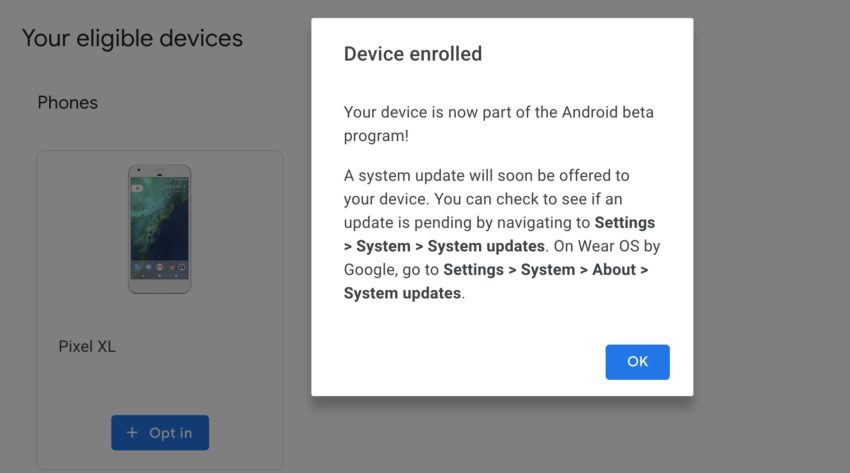 Go ahead and navigate to the Android beta program website, and see if you have an eligible device. Any phone connected to your Google account that is eligible will appear on this list. It’s that easy. We recommend backing up your Android first, just to be safe.

While you’re here, take a peek at our extensive comparison linked to above. We go over what’s new in Android P so far, so you know what to expect. Keep in mind that those images are from the 1st preview, so you’ll find new additions to the software downloading today. 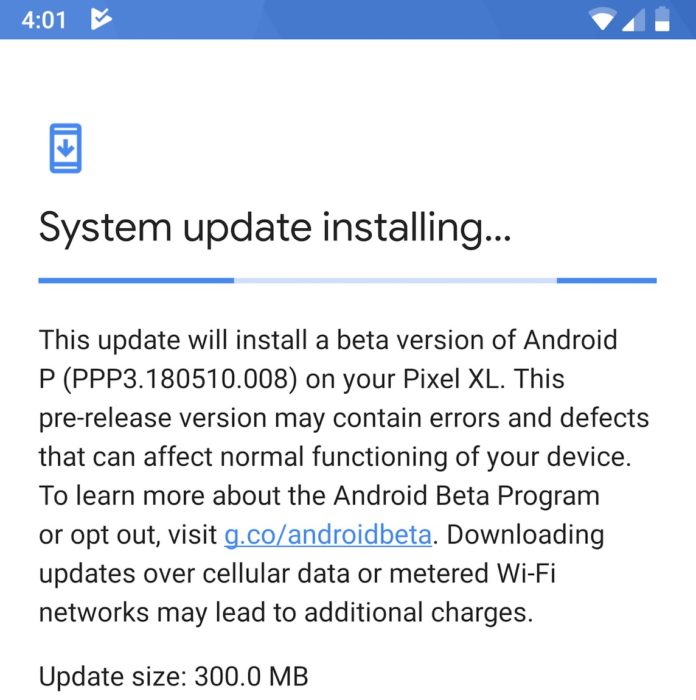 Getting the Android 9.0 P (Preview 3) update on my Pixel XL

Join the Android P Beta for Other Phones

If you don’t have a Google Pixel or Pixel 2 joining the beta program isn’t quite as simple. Google’s partner manufacturers have instructions for users to manually flash the files, but that’s the only option. You cannot easily join the beta program with the OnePlus 6.

Those with non-Pixel phones must unlock the bootloader on their device, download some developer files, have ADB up and running, and flash unreleased software from Oppo, Essential, or OnePlus. For more information click on these links and download the necessary files.

This is the first time Google’s ever released a version of Android early for more than just a Nexus or Pixel device. So while it’s exciting, you might run into problems. Just make sure you know what to expect, back up your device first, and are prepared for the situation. Don’t just instantly register for the beta on your Nokia or OnePlus device if it’s your only device.

Google did release the Android P Developer Preview 5 (beta 4) for the Pixel and Pixel 2 on July 25th. However, that’s only for the Pixel. That said, we’re expecting other beta program members (linked to above) to offer OTA update or new beta files shortly. Essential released it already, and others will follow.

Basically, be smart, use caution, and know what you’re getting into before you proceed. For more details, below are a few reasons why you should and maybe shouldn’t try the Android P beta today. At least for the Pixel, but those same reasons apply to any and all devices. In closing, we recommended waiting for the 5th and final Android P beta release in July, and now that it’s here, give it a try. It is your best bet for a seamless and smooth experience.

That said, if you’ve waited this long go ahead and wait for the official update to Android 9.0 P next month and skip all the betas.