Here’s how and when to watch the Galaxy S9 and Galaxy S9+ event livestream. After months of leaks and rumors, Samsung will formally announce its new phones today, February 25th, in Spain. Anyone around the world can tune-in and see what’s new, what changed, and how impressive the new phone will be. This is what you need to know to watch.

Like every year, the event is known as Samsung Unpacked. Samsung will dominate the yearly Mobile World Congress tradeshow in Spain, as they announce two new phones. Of course, those are the 5.8-inch Galaxy S9, and the 6.2-inch Galaxy S9+. Two devices similar to last year, yet improved, set to take on the iPhone X.

The event kicks off today February 25th at 12:00 AM ET, or 9:00 AM PT for those in the United States. That’s 6MP local time in Spain. It will be streaming live on YouTube, as well as Samsung’s own website. We’re only expecting the phones and some accessories. Click the link below to tune in, or read on for a few more details.

You can tune-in and watch the Galaxy S9 announcement at the video above. That’s the official Samsung Mobile YouTube channel and the best place to watch. Then, stay tuned right here at GottaBeMobile for everything you need to know about the release date, pricing, colors and more.

So far, we’re hearing the Galaxy S9 will be available for pre-order almost immediately, starting on March 1st. The official release date is likely sometime around March 12-16th.

How to Watch the Galaxy S9 Event Livestream

The easiest way will be to watch right from Samsung.com. Although going there right now doesn’t have anything but a teaser image. The YouTube stream is embedded above, and below for potential fans looking to watch. Anyone with an internet connection can watch it live.

Head to the Samsung website link above, or watch the stream below.

Again, the live stream officially begins today at 09:00 AM PT, and it should run at least an hour if not longer.

Just like 2017, Samsung is going to announce two powerful new smartphones. These are an evolutionary change over last year, not a revolutionary one. Meaning they’ll look nearly identical to the current Galaxy S8 and bigger Galaxy S8+.

However, Samsung has a few very important changes they’ve made to both phones. While we’ll get a similar design, and the same 5.8-inch and 6.2-inch screens, the camera and software are very different. Samsung’s running the latest, most secure, Android 8.0 Oreo update. Then, we’re expecting an update to Android 8.1 Oreo at some point down the road. 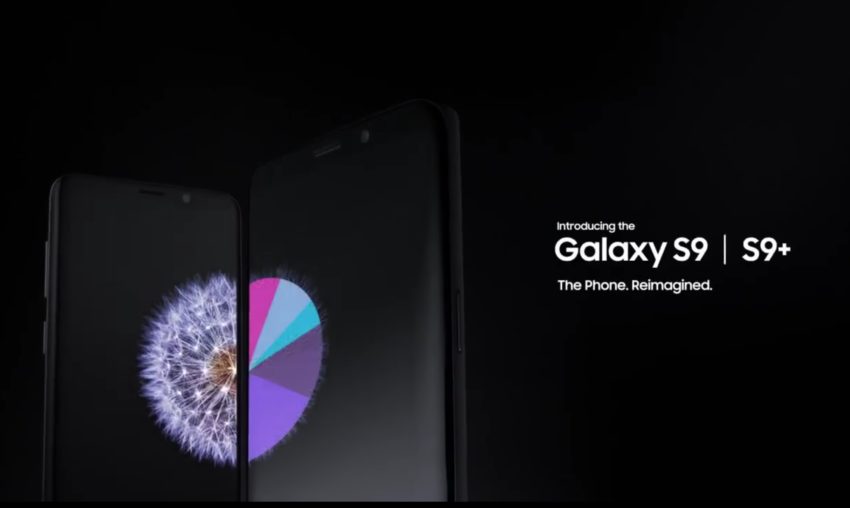 The biggest change though is on the back of these phones. The bigger Galaxy S9+ features dual cameras, instead of just one. And, those cameras feature a variable aperture mode where it changes from f/1.5 to f/2.4 aperture on the fly. That’s pretty technical for average users, but it’s important. It means the lens can open and close, and different speeds, like a human eye, for the best possible photo in any situation.

Again, the release date and pre-orders are coming soon, and here’s what you need to know to get started. We’ll update the moment we know more.