The new Kiwi app on iPhone and Android is a Q&A app that is it’s own social network for asking and answering questions.

After making it to the top of the iPhone App Store it spawned a lot of Facebook invites to drawing other users into the app and leaving them wanting to learn what the Kiwi Q&A app actually does and how it connects to your social networks.

The Kiwi App is shooting to the top of the charts because many users are inadvertently inviting their friends to try the app out while signing up in it.

We’ll walk you though the details you need to know about the Kiwi app, including how to use it without inviting all of your friends to join in, since you probably want to check it out before you use it. 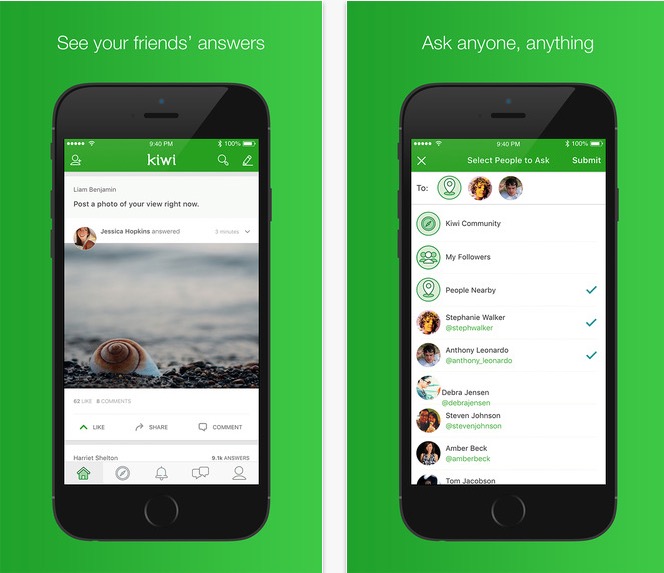 What you need to know about the Kiwi app for iPhone and Android.

The Kiwi app is a Q&A social network that connects to your Facebook account or simply works with an email address.

You can ask questions of your friends and other people in the community. You can also answer questions that people ask everyone on the network.

In addition to asking and answering, you can submit photos and have conversations in what are essentially the comments.

It’s a Q&A social network, but the questions aren’t serious like a survey. They are almost like a Facebook quiz, inside of an app, one question at a time.

Why is Kiwi Inviting My Friends?

Apps choose to invite all of your friends because it is a quick way to grow and shoot up the top download charts. This is especially true for free apps, and even more so for social network apps that need a lot of users to appear lively and worth visiting.

When an app attempts to invite your friends before you even get a chance to use it, that’s where things cross over into annoying. It’s one thing to make it easy to invite friends to something you love using, but it’s another to ask users to invite all their friends as soon as they sign up.

How to Use Kiwi Without Inviting Your Friends

When you sign into the Kiwi app you will need to deselect all to avoid inviting your friends to use the Kiwi app. This is a simple option at the top of the app. 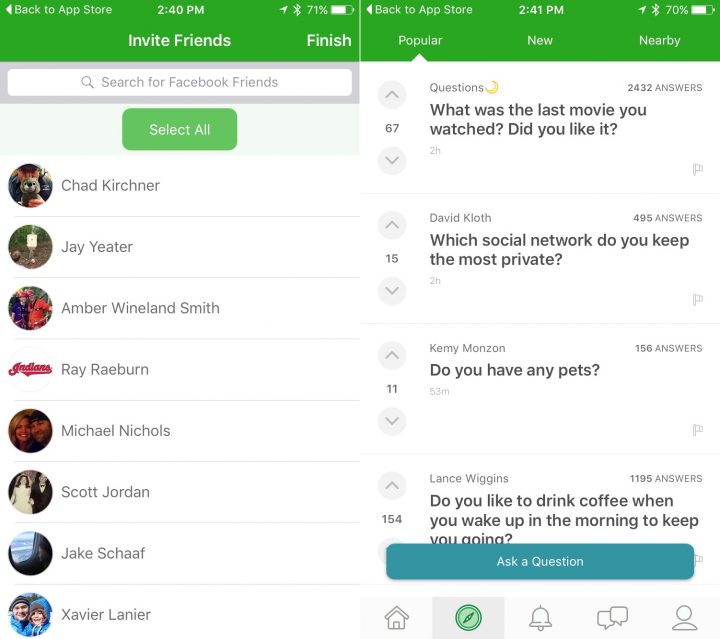 You can join Kiwi without inviting everyone you know on Facebook.

Choose to Deselect all and then you will be able to continue trying the app without asking your friends to join you.

Most users will find this option, but some like TomFooligans report, “I, like everyone, got this app in the following way: I got a request from a friend on Facebook, and followed the link. Oh, I thought, I have to install the app. Fine, whatever. Then I signed in. And without my permission. The app invited all my Facebook friends. The same day I had people tell me in person that I “recommended” them this app.”

Kiwi In App Purchases and Ads

There are no Kiwi in-app purchases, so you don’t need to worry about getting tricked into making any purchases or spending money on a free app.

Many apps offer a free way to start using the app and then will hit you with requests to pay to unlock features.

There are no Kiwi Q&A app ads that we’ve seen yet, but you may eventually run into them.

What Parents Need to Know About the Kiwi App 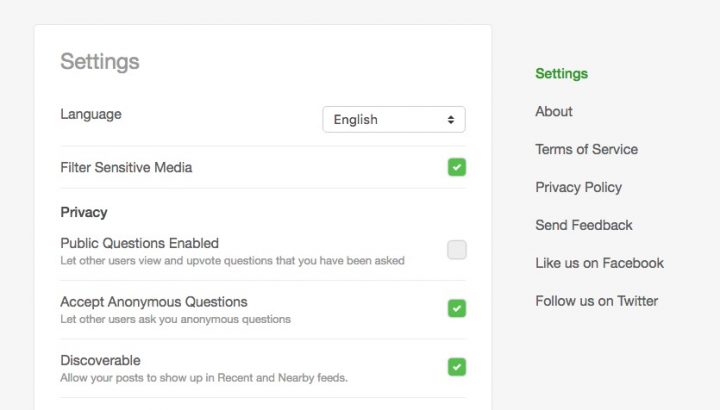 There are some parental controls in the Kiwi app.

The Kiwi app is rated 12+ for a variety of reasons on iTunes and is rated Teen on Google Play. This is a social network where people can ask a variety of questions and post photos, as well as follow other users.

If you want to limit use, your kid can choose to filter sensitive photos and videos, prevent public questions and other limitations including if your posts show up in recent and nearby feeds.