The new MuvaMoji keyboard for iPhone and Android put Amber Rose emoji on your smartphone and allow you to send them to your friends.

The Amber Rose emoji app is rocketing to the top of the iPhone app store and there is also a MuvaMoji Android app that is available on Google Play.

Originally launched at the end of March, drawing comparisons to Kimoji, this app offers over 900 Amber Rose inspired emojis that include LGBT support and adult emoji options.

This is an app that Amber Rose fans will not want to miss out on. 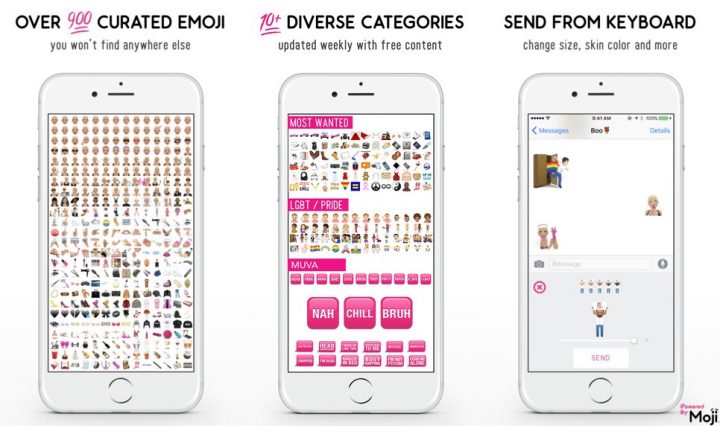 What you need to know about the MuvaMoji app.

The MuvaMoji app is available on iPhone, iPad and on Android. This allows you to send over 900 emoji to friends through iMessage, Texts, email, Twitter, Facebook and more. There is even an option to send Gif to Instagram

You can buy the MuvaMoji keyboard for $1.99 on both stores and you can use the app across a range of services.

Similar to the default emoji keyboards, you can change the skin color of your emoji and you can also change the size of your MuvaMoji.

On iPhone you will need iOS 8 or higher to send from the keyboard. On Android you can use this as a keyboard as well. On both you can send the Amber Rose emoji from the app too.

MuvaMoji Reviews: Is it Worth Buying?

So far the MuvaMoji reviews are positive for the most part. There are almost 1,000 ratings overall, with 734 for the current version. The current rating is 4.5 stars out of 5. 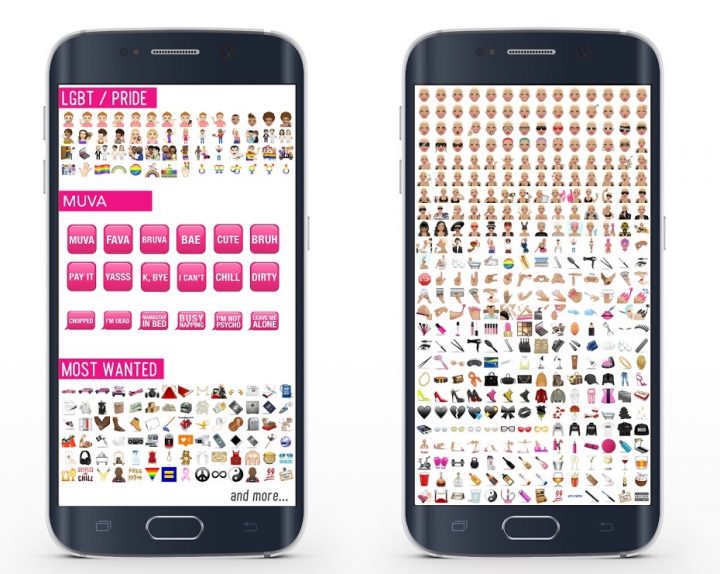 “Literally fits every mood!!!!! It’s pretty much almost perfect except the obvious limits to only messaging and copy/paste but that’s expected. Other than that, if they added anything, I would say the only major additions I would want would be equivalents to 🙄😩💀 and autocorrect/predictive text. I know 🙄😩 already have semi-equivalents but 🙄 is smiling instead of giving an attitude and I need the attitude lol. And 😩 isn’t dramatic enough, lol. But it’s seriously so much fun, just scrolling through is hilarious! Totally worth it, definitely outdid Kim to an embarrassing level, and I can’t wait to see more. Love it :).”

Many other users also leave positive reviews. The Android reviews are less flattering with 3.2 out of 5 stars and a range of complaints about issues and the overall presentation.

Can Send to People Without MuvaMoji App

Once you buy the MuvaMoji app you can send them to anyone you know. There is no need for the other people to have the app installed.

Since the Emoji are sent like an image file, you can send them to almost any device from iPhone to Android and even Windows Phone or BlackBerry.

Is MuvaMoji Ok for Kids?

The MuvaMoji keyboard is not an emoji keyboard for kids. This app includes adult-themed emojis.

Apple states you must be 17 or older to download this app. The MuvaMoji app includes,

Keep this in mind before you send to a child or before you allow your child to install the app.

On the iPhone the MuvaMoji keyboard asks for Full Access. This is common with third-party keyboards. The app maker states,

“Rest assured that MuvaMoji will NEVER collect any personal information or transmit what you type over any network. Turning on “Allow Full Access” is simply an iOS requirement for third party keyboard. We take our user’s privacy very seriously. Should you not want to use the keyboard, all of the content can be accessed directly from the app instead”

You can choose to get emoji from the app and you can also type passwords and other items with your standard iPhone keyboard.