Frustrating NBA 2K19 problems are plaguing many Xbox One, PlayStation 4, Windows PC, and Nintendo Switch owners as we push away from the game’s release date.

As expected, there are a number of bugs and performance issues impacting the latest 2K game. Some of these issues are minor, but others are extremely frustrating and have the potential to ruin your experience.

While some of these problems are easily fixed, others are far more tricky. Some problems will likely require a fix from 2K Games and Visual Concepts. We expect the developer to roll out a steady stream of NBA 2K19 updates as the weeks go on.

In the meantime, we want to help you fix whatever’s plaguing your copy of NBA 2K19. This guide will take you through the most common NBA 2K19 problems and guide you through some potential fixes for these issues.

Like previous entries in the series, NBA 2K19 lets you scan your face into the game so that you can truly play as yourself. And like the previous games, people are having all sorts of problems getting their face scanned in.

First and foremost you need the MyNBA2K19app downloaded onto your iPhone, iPad, or Android device in order to scan your face.

Once you’ve got that downloaded you need to make sure your MyPLAYER account is connected to both NBA 2K19 and MyNBA2K19.

If you’re having trouble scanning your face in, here are a few things to keep in mind.

When you go to scan your face, make sure you’re in good lighting without any shadows. Shadows have a tendency to mess the scan up.

You’ll also want to make sure you hold the phone at eye level. If you hold it too high or too low you’ll wind up with a less than ideal scan. 2K Games recommends holding the phone about 18″ from your face.

Once the scan starts, make sure you turn your head slowly while looking forward.

NBA 2K19 is a big download so it could take quite a bit of time to download during peak hours. We expect download times to improve as the rush to play dies down, but there are some things you can try if your NBA 2K19 download gets stuck or is taking way too long to finish.

If the download is starting and getting stuck around 75%, try pausing the download, waiting a minute or two, and starting it up again. If that doesn’t work, cancel the download and try again.

If the actual speed of the download is abnormally slow, you might try plugging your ethernet cable directly into your PC, Xbox One or PS4. This could speed up the download, especially if your PC or console is far away from your router.

You also might want to restart your router. Unplug your router, wait a minute or two, and plug it back in.

NBA 2K19 requires a sizable chunk of space on your hard drive and storage issues can sometimes prevent the game from properly installing. If you’re having issues installing the game, make sure it’s not related to storage.

If you’re playing on the Xbox One, go to the My Games and Apps section and check how much storage you’ve got on internal/external storage.

If you’re playing NBA 2K19 on the PlayStation 4 you’ll need to head into your console’s Settings and check for your available space.

If you’re positive you have enough space, but the game still won’t install properly, you should try hard resetting your console. To do this you’ll want to press and hold onto your console’s power button until it shuts off. You’ll then want to power it back on and check the installation.

If your game suddenly locks up between events, during a cutscene or during another part of the game you’ll want to restart your console or PC.

Some NBA 2K19 players are noticing a negative VC balance while in-game. If you’re seeing this there’s no need to panic because there’s an easy way to fix the problem.

If you’re running into this problem you’ll need to clear your cache. Here’s how you’re going to do that on a Xbox One, PS4, Switch, or PC.

If you’re experiencing performance issues on a console, we recommend restarting the game and/or console to see if that improves it. Some performance issues will likely need to be fixed with a bug fix update from 2K Games and Visual Concepts. 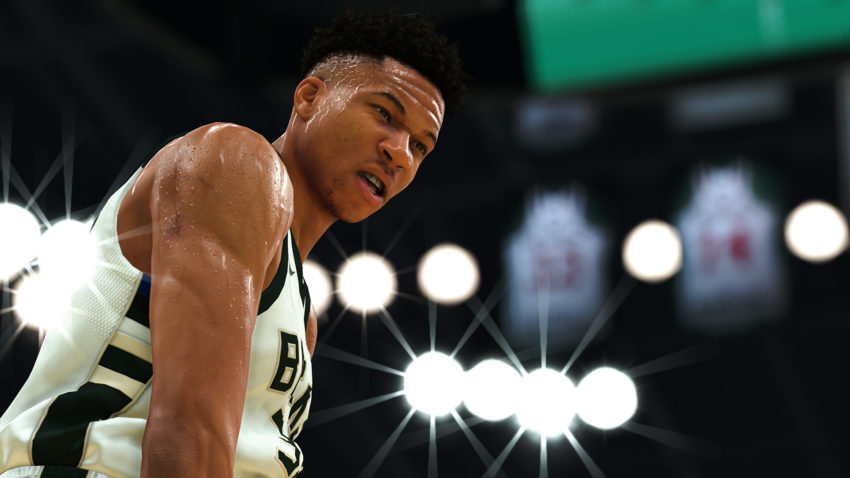 If you’re trying to play NBA 2K19 and you get error code “EFEAB30C” or “4B538E50” it’s likely because you don’t have the latest game data downloaded. In order to keep playing you’ll need to download the latest update.

If you’re prompted to download an update download it and you’ll get a popup message telling you to return to the game’s menu so the data from the download can properly install.

If you don’t get a prompt, try playing a game in NBA 2K19’s “Play Now” mode. In our experience this typically triggers the download and popup.

If this doesn’t solve the errors there are a few other things to try. First, you might need another account email confirmation from 2K Games. Here’s how to get one:

There’s also a chance your data is out of sync. In order to fix this you’ll need to select the “Play Now” option and sit on this menu until you’re prompted to download an update.

This can happen if you delete a game’s reserved space on your storage so you’ll want to avoid doing that if you can.

If you’re having problems transferring VC from NBA 2K18 to NBA 2K19 or from one system to another, give up. There’s no way to do this.

If you’re missing weekly MyTeam packs owed to you there’s an easy fixed.

In order to get the missing packs you need to enter MyTeam to earn a pack. You also need to do something within the mode to let 2K Games know you were in there. In other words, you need to actually start a game. You can’t just go to the menu and exit.

Do this weekly and you’ll be able to claim the packs that came as a pre-order bonus.

If your NBA 2K19 MyCareer file suddenly goes missing, don’t fret. Your data should be backed up in the cloud and it should only take you a few minutes to track down the data.

If you’ve got Automatic Updates turned on (it’s on by default) your saved games will be automatically uploaded to the cloud. In that case, all you need to do is download the data from the cloud. Here’s how to do that:

Unfortunately, there’s no way to manually download saves from the cloud on the Xbox One. This is because they’re automatically uploaded and downloaded from Microsoft’s Cloud Exchange.

If you can’t find the files you’ll want to head over to Microsoft’s Cloud support page and check for a solution.

If you’re trying to load a save file and it gets stuck at 100%, you should try having a friend invite you to Ante-Up.

From there, you’ll want to exit Ante-Up and then proceed to change your character’s hairstyle completely. This seems to solve the issue.

If your player suddenly turns invisible, you should go in and change your character’s hairstyle in the Edit Appearance menu. After you’ve changed it back to the default hairstyle, your character should be visible.

If you still don’t see your character, you’ll need to submit a support ticket.

If you ordered the 20th Anniversary Edition and you haven’t been able to redeem your bonus items, the items should show up after you finish The Prelude. If they don’t, get in contact with 2K Games.

If you purchase NBA 2K19 Virtual Currency and it’s missing in your wallet, you’ll want to power cycle your console. This typically gets it to reappear.

If you own a PS4 you can do it the same way. Hold down the power button until the console beeps and then turn it back on and check for missing VC.

How to Fix NBA 2K19 Custom Jumpshot Won’t Save Issue

First you’ll want to equip a random jumpshot. After that, create your custom jumpshot using a different animation. Equip the jumpshot and it should save.

If your NBA 2K19 character’s attributes suddenly reset after installing a new patch, you’ll want to go into the Neighborhood and bring up the navigation menu to view your attributes.

Restart your console and your attributes should revert back to the way they were.

Some NBA 2K19 players are getting a blank check when for an endorsement. The issue stems from players canceling out of the dialogue.

To avoid this issue, be sure not to cancel out of the saving VC dialogue.