The next version of NBA 2K is official and here’s what you need to know, right now, about NBA 2K22.

NBA 2K21 is still the flagship game, but that will change this month when 2K Sports and Visual Dynamics release a brand new entry in the long-running series.

We don’t know everything about NBA 2K22, but details are trickling out as we approach the game’s release date for current-generation and last-generation platforms.

We know a lot of gamers have questions about NBA 2K22 so we’ll outline everything we know, and everything we expect, in this guide.

Here’s a closer look at what you can expect from NBA 2K22’s features, release date, editions, demo, and more.

The game is also headed to the Xbox One, Xbox One X, Xbox One S, PS4, PS4 Slim, and PS4 Pro. These aren’t the latest and greatest models, but we’ll likely see support for these platforms continue on for several years.

So if you’re a huge fan of the NBA 2K series, there’s no need to panic if you can’t find an Xbox Series X, Xbox Series S, or PlayStation 5 in stock.

However, if you want all of the bells and whistles, you’ll want to buy the game for PS5 or Xbox Series X. A lot of changes will be limited to those consoles.

This year, four players grace the cover of NBA 2K.

The NBA 2K22 standard edition features Dallas Mavericks guard Luka Doncic on the cover. Doncic is also on the front of the Cross-Gen Digital Bundle.

And for the first time ever, there’s a WNBA star on the cover of NBA 2K. Chicago Sky forward Candace Parker is on the front of the NBA 2K22 WNBA 25th Anniversary Edition which is exclusive to GameStop. It’s also exclusive to the PS5 and Xbox Series X.

The NBA 2K22 release date for all platforms is set for September 10th.

In the past, 2K Games offered an early tipoff release date to those who pre-order deluxe versions of the game, but it’s not providing an early NBA 2K22 release date this time around.

There are three versions of NBA 2K22: NBA 2K22 Standard Edition, NBA 2K22 Cross-Gen Digital Bundle, and the NBA 2K22 NBA 75th Anniversary Edition. Each of these have different price points and a different set of bonuses. 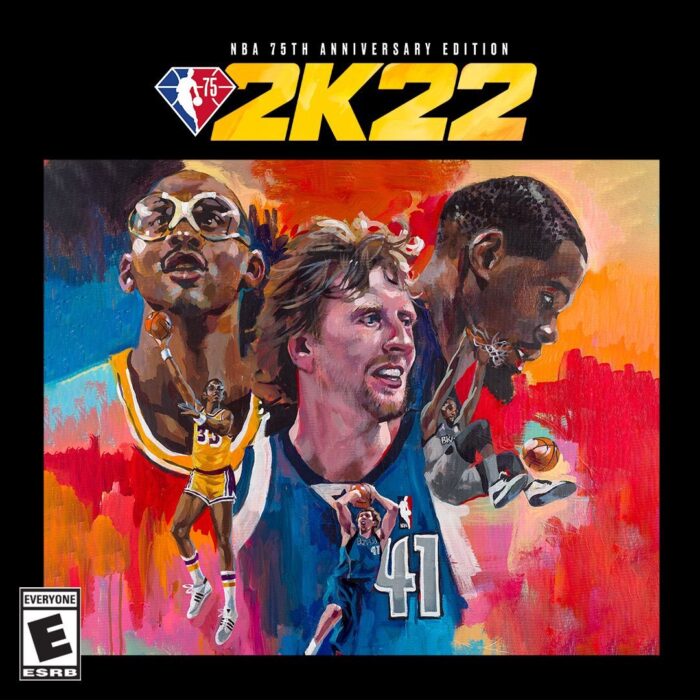 The NBA 2K22 Cross-Gen Digital Bundle is aimed at people who want the game for PS4/PS5 and Xbox One/Xbox Series X. This version of the game costs $79.99 without a deal.

It also nets you the following in-game items:

If you buy this version of NBA 2K22, here’s what you get:

The bulk of NBA 2K22 deals will likely arrive around Black Friday in November, the holidays in December, and in 2022 as we push toward the inevitable release of NBA 2K23.

If you pre-order a copy of the standard edition for console or Windows PC, you get the following pre-order bonuses:

This pre-order bonus offer is available through September 9th.

Here are some of the highlights from NBA 2K22’s known features and upgrades:

2K’s also running down the player ratings for some of the league’s top stars so you’ll want to tune into its Twitter page for those details as we push closer to the game’s release. Highlights include: 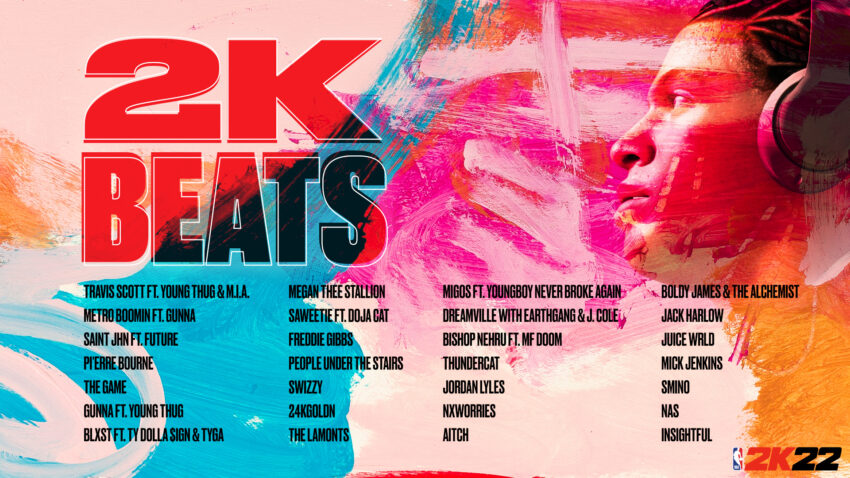 2K has also confirmed some of the artists that will appear on the NBA 2K21 soundtrack. You can see the current list of artists in the photo above.

NBA 2K22 will also allow you to record verses over beats via a new system called the Producer Series.

2K Sports typically releases a short demo of the next NBA 2K game ahead of the official release date. The demo lets players try a portion of the game ahead of time.

Unfortunately, it looks like we won’t see an NBA 2K22 demo released ahead of the game’s release date.

The mobile version of NBA 2K is a stripped-down version of the game. While it includes some elements from the console versions, it’s not identical.

We also expect a companion app for NBA 2K22 called My NBA2K22. Like its predecessors, it should be free for both iOS and Android.

While it would’ve been great to see 2K Games do away with the game’s annoying micro-transactions, known as VC, they’re a cash cow. Virtual Currency returns in NBA 2K22.

If you plan to play NBA 2K22 on a Windows PC, you’ll need to take note of the game’s minimum and recommended spec requirements.

Unfortunately, 2K hasn’t provided those details yet so it might be a good idea to hold off on a pre-order until we know more about the specs.