Nokia’s confirmed the Android 10 update for most of its phones, and they’ve even delivered a lot of them to devices over the last few months. If you’re waiting for the update here in 2020, we’ll take you through everything you should know right now about Nokia Android 10 updates and betas.

If you’re wondering “will my Nokia phone get Android 10?” the answer is probably yes. In fact, Google’s latest software will come to almost every Nokia phone released so far. Those include the Nokia PureView, Nokia 7.1, 6.1, and the Nokia 8, to name a few. Nokia is one of several manufacturers that joined Google in the Android Q Dev Preview, which means they had a head start on updates.

In fact, Nokia was one of the first to release Android 9 Pie to users, and they actually updated every single device they offer to Pie. That’s a good start for a revamped brand that’s only 2-years old, and we’re already seeing the same quick pace for Nokia Android 10 updates. 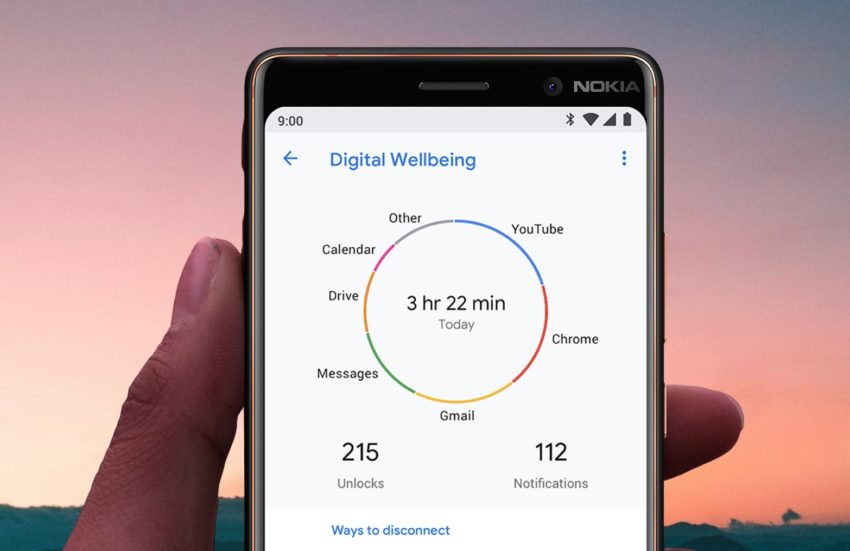 You’ll love the improved battery life, smart features, and everything else that comes with this new software. And now, we have a full Nokia Android 10 update roadmap and schedule from the company themselves. We added a few important details to the bullet-point above, and the full roadmap is below for Nokia fans that can’t wait to get the update. 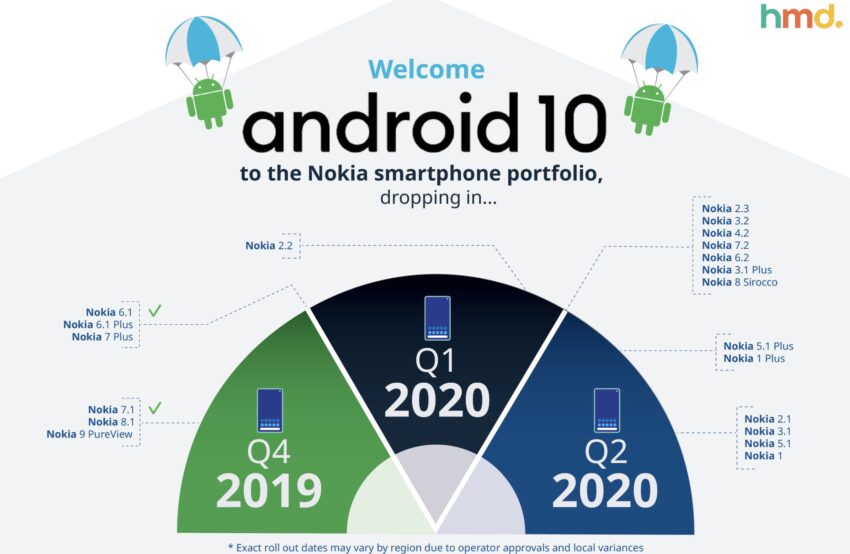 Right after Google released Android 10 the head of HMD Global, the company behind the resurgence of Nokia phones, released an image similar to what you see above listing all upcoming updates. It’s very refreshing to see such a transparent and clean list of what will get the update, and when. Something we wish others (like you Samsung) would follow.

Update: On March 11th they revised that image with the one you now see above, which has three more Nokia phones getting Android 10 within the next month or two. Those being the Nokia 2.3, Nokia 6.2, and the newer Nokia 7.2 handsets. Basically, those phones are all getting updates faster than expected.

The official Nokia Android 10 release date started on December 6th for the Nokia 9 Pureview, just as the company promised. Then, the following week the Nokia 7.1 got Android 10, followed by the Nokia 8.1 to end the year. Now, several other devices will start getting over-the-air updates to Android 10 now that we’re officially in a new decade and enjoying 2020.

Nokia’s first Android 10 update of 2020 is for the popular Nokia 6.1 starting on January 6th. Then, just two days later on January 8th it arrived for the Nokia 6.1 Plus, the Nokia 7 Plus, and a few other devices. If you haven’t got it yet, go to settings and tap the check for updates option. We saw several more arrive in February, and now we’re expecting devices like the Nokia 6.2 and 7.2 to get it sometime in March.

Will My Nokia Get Android 10?

Is your Nokia phone listed on the image you see above? That comes from the head of the company himself. If so, you’ll for sure get it.

If you have one of those devices you already got it, or are right now as they’re already busy delivering all Q1 updates to meet the deadline and make customers happy. So far, Nokia has released updates exactly when they said they would, which bodes well for other devices on this list that will be waiting a little longer here in the new year.

Even the budget-friendly Nokia 1 Plus will get Android 10 before the end of Q1 2020, then they’ll continue down the list.

A lot of the new features and big changes in Android 10 are specific to the Google Pixel. That said, there are dozens and dozens of great changes for all Android phones, including those from Nokia. Even their cheapest model will benefit from most of the new additions or software features.

Whether that’s the system-wide Dark Theme, improved privacy controls, Digital Wellbeing Focus Mode, better graphics, improved battery life and much. You can expect Nokia to add its own sprinkle of new features, then add most of Google’s. The list includes:

If you’re curious about Google’s Android 10 features, we recommend checking out our walkthrough. It’ll take you through all the key changes.

Right now, Nokia is taking over the affordable budget Android phone category. In a market previously dominated by Motorola, which updates phones extremely slow, you can get an excellent Android phone from Nokia with the guarantee of fast and timely updates. That’s a big deal.

The best six phones released by HDM Global had Pie before almost every other phone on the market from OnePlus, Samsung or any other competitor. And while they weren’t quite as fast to Android 10, we’re assuming most of their phones will get it before most of Samsung’s, aside from maybe the Galaxy S10. That means you’re paying less for a phone with similar features and faster updates.

For now, expect monthly or bi-monthly security updates to continue arriving for your Nokia phone. Keeping it up to date and getting it prepared for the inevitable Android 10 upgrade or security updates after you get it. Then, stay tuned as we’ll update this post as each update arrives.

What’s actually next for your phone, however, is the update to Android 11 sometime later this year or in early 2021. Google recently started the Android 11 Developer Preview, and we’re assuming a few Nokia devices will take part in the beta sometime in April or May. So, stay tuned for that as well.