The Rules of Survival app is a battle royal style game for your iPhone or Android. It’s essentially a PUBG or Fortnite game that you can play on your phone. It’s an impressive feat considering you are playing a multiplayer game with over 100 people. Here’s where you can download PUBG Mobile.

This is what gamers and parents need to know about the Battle Royale style shooter for iPhone, iPad and Android. We’ll cover what this game is, how to play it, details on in-app purchases, and more including Rules of Survival tips and what to know about cheats.

What is the Rules of Survival App? 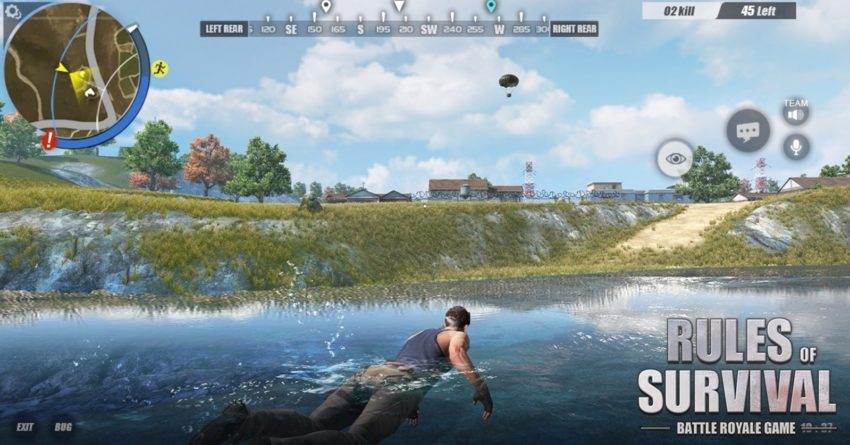 Rules of Survival is a battle royale style game like PUBG and Fortnite.

Rules of Survival is a free game for iPhone and Android. It is a Battle Royale style shooter. That means you need to kill other players and be the last one alive to win. It takes a minute to get into your first game, and from there you will play through a game until you win or are eliminated. Once you are knocked out you can go directly into another game, so you don’t need to wait around to see how your first game plays out.

You can change the look of you player through supply drops and there are a wide range of weapons that you can find in the map. If you are familiar with Player Unknown’s Battlegrounds or with Fortnite, this will be second nature once you adjust to the controls.

Is Rules of Survival Safe for Kids? 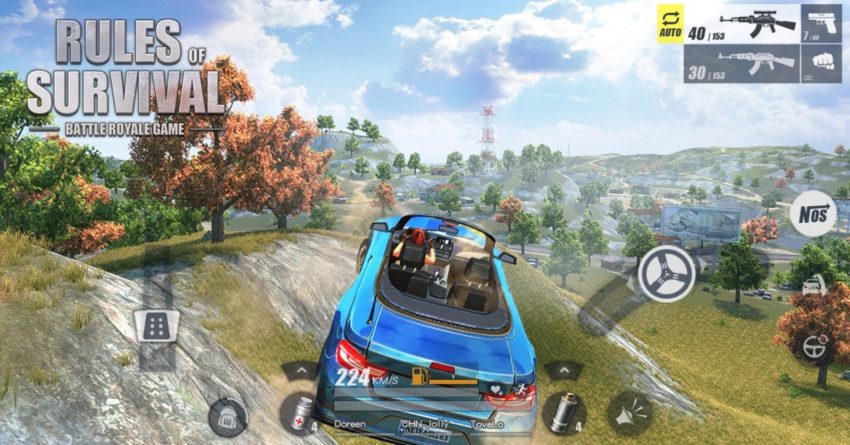 There is violence in the game, so not all kids should be playing.

The Rules of Survival app is a shooter style game with guns and vehicles. it is cartoonish violence, so it is not hyper realistic, but there is still a shooting element to this game even if you plan to mostly run and hide.

Apple rates Rules of Survival as 17 and up for,

Google rates the game 17+ as well. If you want to restrict your kid’s ability to play games rated at this level you should set up parental controls on iPhone or Android.

Rules of Survival In App Purchases

The Rules of Survival game is free to download and to play. There are in app purchases on both iPhone and Android. These are for different packs, gifts, and diamonds.

The Rules of Survival downtime should last about two hours, but it could take longer. This will deliver many changes and it will also start Rules of Survival Season 1. All ranking and stats will reset when this happens. Players will get gold and a special outfit depending on their rank.

What’s New in Rules of Survival for March 2018

After the game comes back from downtime, there will be new content and new features. Here’s a look at what’s new in March. Study up now to get an edge on the competition.

There may be other changes and fixes added, but this is what we know about right now. You can expect to see tweaks and changes next week as well.

Change your control options for an edge.

There is no official Rules of Survival controller support. Some gamers have been able to get Bluetooth or wired controllers to work, but it is hit or miss. However, you can choose from a range of control options to make it easier to play. Tap on Settings than then on Operation. Here you can choose the sensitivity of looking around, and you can also change how you use the sniper rifle and control vehicles.

Tap on Advance and you can change the control method. You can choose between Classic, Advanced and Touch Screen. You can also turn 3D Touch and Aim Assist on or off.

This screen also includes an option to double tap the joystick button to turn around. This can help you get an edge in a close encounter while you have a short range weapon or fists.

Rules of Survival Tips and Tricks

Here are the essential Rules of Survival tips that you need to do better in the game. There are a lot of little features that can help you win games, as explained in this video and below.

Use the Eye – You can look behind you as you are running without changing your run or where you are going. Use this to look for other players so you aren’t caught from behind.

Footsteps on the Compass – Watch the compass at the top of the screen to see footsteps so you know when someone is near and where they are located.

Pay Attention to the Safe Zone – The map gets smaller throughout the game, and you have to stay inside the safe zone, always be working your way to the safe area.

Jump and Strafe – If you are being shot at, jump, strafe and move erratically. It’s tough to aim and this will help keep you alive.

Watch Finger Placement – Make sure you don’t accidentally tap on backpack and other options.

Vehicle Tips – Never get out while the vehicle is moving, you will take damage.

Learn how to Parachute and you need to plan ahead if you want to parachute in faster to get loot quicker than your opponents. Open the map to see how the plan is flying across the map. Set a marker where you want to land. When you are close, jump and then push up and away to go as fast as you can to the ground, or pull up slightly to go farther. Avoid landing right next to other people if you can.

The hardest part about Rules of Survival is winning gun fights. This tutorial will walk you through how to aim better as you play the game. It takes a lot of practice so don’t get disappointed if you have issues getting started.

Adjust your sensitivity to fine tune your controls and go back to it as you are between games until you get the settings just right. Also, make sure your screen is clean. Always try to keep your aim at head height even when you are running around. Other than that, you need to practice a lot to improve.