The official PUBG Mobile app is here, allowing you to get your Player Unknown’s BattleGrounds fun on iPhone and Android. The PUBG app joins Fortnite Mobile, Rules of Survival and a whole host of other PUBG Alternatives on mobile.

What is PUBG Mobile?

PUBG Mobile is a third person shooter where you loot weapons and gear and fight to be the last person alive.

PUBG Mobile is the official Player Unknown’s BattleGrounds app for iPhone, iPad and Android. It is a battle royale style game where you drop from a plane to an island and pick up weapons and gear so you can fight to be the last person alive. PUBG gained popularity on PC, came to Xbox One late last year and is now on mobile. This is a third person shooter game on mobile, but we could see a first person mode arrive.

Games last as long as you survive. This could be 5 minutes, or it could take half an hour to finish a game. The first few games you will play against bots, which take it easy on you, so you can expect them to take a lot longer than later matches against other players.

Download PUBG Mobile for iPhone or iPad from Apple and from Google Play for Android.

Is PUBG Mobile Safe For Kids?

PUBG Mobile is rates 17+ and it’s rated that for good reason. The purpose of the game is to find other players and kill them. The violence is not super graphic, and blood shows up as a blue-ish green mist instead of red, but the purpose of the game is still to kill other players. Apple rates it 17+ for “Frequent/Intense Realistic Violence” and Google Play rates PUBG Mobile Teen for Violence and Blood.

There are no PUBG Mobile in app purchases yet, but you can expect something to appear down the road.

Enable gyroscope for an edge.

The PUBG Mobile controls are all on screen, but you can turn on a gyroscope control in the settings to add some motion control as you play or only when you are using a scope.

The on screen controls work well, and your player will loot health items, ammo for weapons you are carrying and accessories automatically. This simplifies the game dramatically. You play against bots for the first game or so, which will help you learn the controls.

There is no official PUBG Mobile controller support for iPhone or Android. That’s frustrating for many players. There is a workaround on Android, but you are out of luck on the iPhone.

To use a controller on Android with PUBG Mobile you need to jump through a lot of hoops. This will allow you to play PUBG Mobile with a PS3 or PS4 controller. You need an OTG cable, and the Sixaxis app. This also only works on a Rooted Android device, further limiting the number of devices it will work with.

You earn BattlePoints as you play, but you can also earn them by completing missions and taking part in events. You can access these on the lobby screen, which allows you to see what you need to try to do in each of the games. 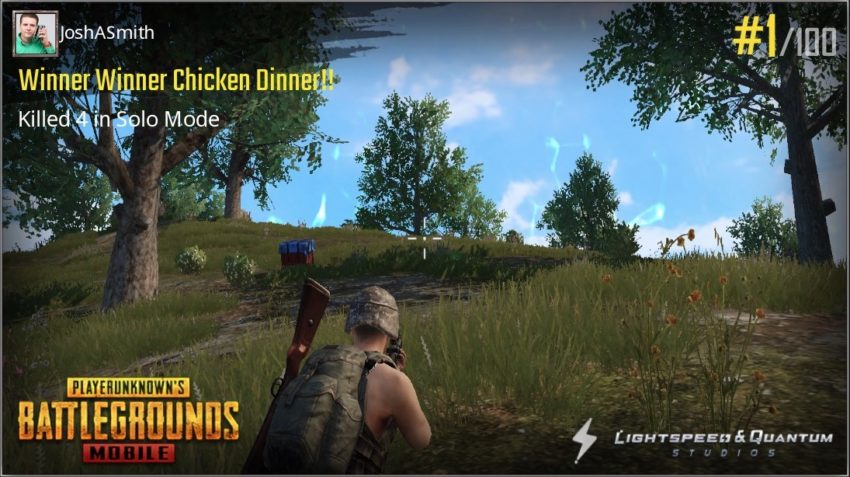 Use these PUBG Mobile tips and tricks to win.

The first few games are against bots who will shoot so you can get an idea where they are and then stop so you can find them and shoot them. Use these matches to learn the controls, the maps and learn how weapons work.

You can also check out our PUBG tips and tricks, which you can apply to how you loot, how you fight and where you go in the game.