Donald Trump Tweets move the stock market and if you make the right moves, you might make some money from Trump’s next Tweet.

Two apps can help you trade any time Trump Tweets about a publicly traded company. If you make the right trades based on Trump Tweets you can, as it turns out, make money. 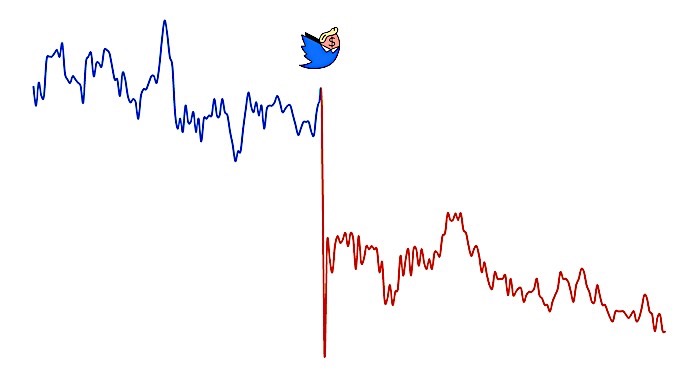 If you are willing to put all of your faith in a bot that determines if Trump is happy or angry about a specific company you can use the Trump2Cash tool to trade as soon as Trump Tweets about a public company like Nordstrom.

A simulated fund trading based on Trump Tweets alone has an annualized return of 58.683%, which is quite impressive. You can see a summary of tweets, their sentiment, and the resulting value of that tweet on the simulated account of  $100,000. 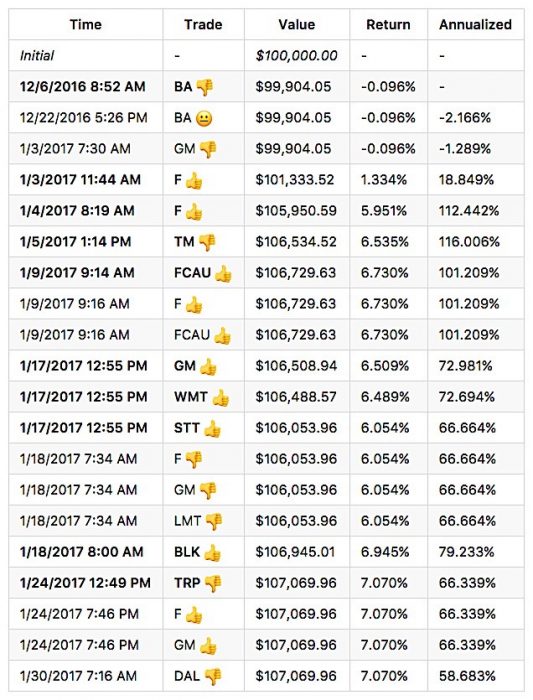 To use the Trump2Cash app you’ll need to download the tool and run it on Google Cloud Compute. If that’s beyond the level of expertise you have or the effort you are willing to take to earn money based on Trump Tweets, there is another option.

With the Trigger app, you can get a notification anytime Trump Tweets about a stock that you own. This allows you to get an instant alert and then make a decision based on other factors. By removing the bot from the picture, you can bring in other information before deciding to buy or sell stock based on Donald Trump Tweeting. 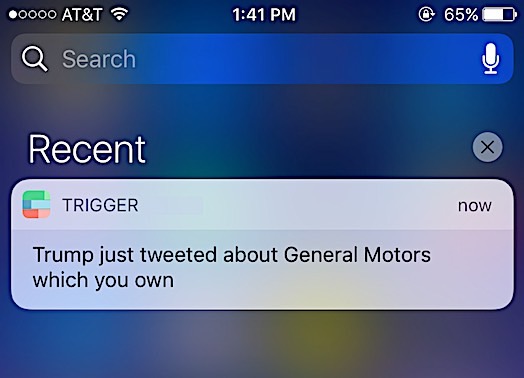 Get a notification anytime Trump Tweets about stock you own.

Once you set up Trigger to know your stock portfolio, you can get an alert anytime Trump Tweets about any publicly traded stock or about a stock that you own. The Trigger app is not a one-trick-pony. It allows you to set Triggers for information like the Federal Reserve interest rate changing and much more.

Trigger is only available on the iPhone at this time. The Trigger app is free and you can configure it to send you stock notifications for a wide-range of items.