Now is a great time to buy an Xbox One X even as E3 promises looks at the future of gaming. Right now you can save $200 off the price of the Xbox One X with the best deal we’ve seen on a brand new Xbox One X.

The Xbox One X is normally $599, but has been on sale for $399 for the last several months. This is the most powerful Xbox One that you can buy with 4K gaming, a 4K Blu-Ray player and 4K streaming support. You get enhanced graphics and performance compared to the Xbox One S and Xbox One S All Digital.

There are a lot of reasons to buy the Xbox One X, even though there are plenty of rumors about a new Xbox that we could hear about at E3. 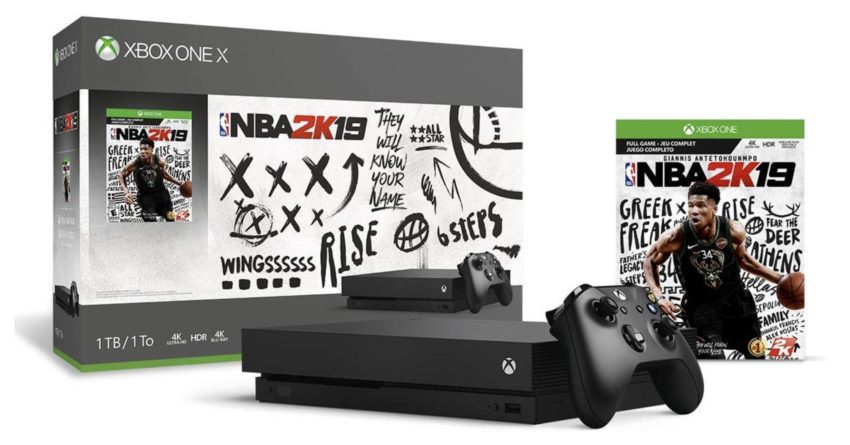 Right now you can buy a brand new Xbox One X with NBA 2K19 for $299 at eBay. This is from antonline and it comes with a full warranty. While it is not always the case, when you buy this deal it is just like buying the Xbox One X at Amazon or Best Buy. You get fast shipping from a company and you get a warranty from Xbox if you run into problems down the line, just like if you bought it at a normal retailer.

The only difference is that instead of paying $399 or $499, you are paying $299 and you get a free game. Even if you don’t want NBA 2K19, this is a stellar Xbox One X deal and likely the best deal that we will see until Black Friday in November.

Click here to add the Xbox One X to your cart and see the sale price of $299.

This Xbox One X is new in the box and comes with a Xbox One X controller as well as NBA 2K19. You get 1TB of storage built-in and you can add more storage with a SSD or hard drive to make room for more games.

Here’s a look at everything the Xbox One X can do, to help you decide if it is worth buying. If you love to play games, this is a great upgrade from the XBox One or Xbox One S, and a must have if you are still gaming on the Xbox 360.

The Best Xbox One Headsets in 2020
Related Topics:dealE3E3 2019TechnologyXbox OneXbox One X