You’ll see just what it looks like to play Forza Motorsport 7 on the Xbox One X this fall when you watch the five-minute clip on a 4K device at 4K and 60 frames per second. This is the closest you will get to Forza Motorsport 7 until this fall unless you are at E3 2017. Depending on the device you are watching from, you may need to go over to YouTube to see the new Forza video in 4K at 60 FPS.

In the video, you’ll see the Nissan GT-R take on the Nürburgring and get a taste of the dynamic weather that is in the new Forza. The Forza Motorsport 7 release date is October 3rd. The 2017 Forza game is coming to the Xbox One X, Xbox One S, Xbox One, and PC. 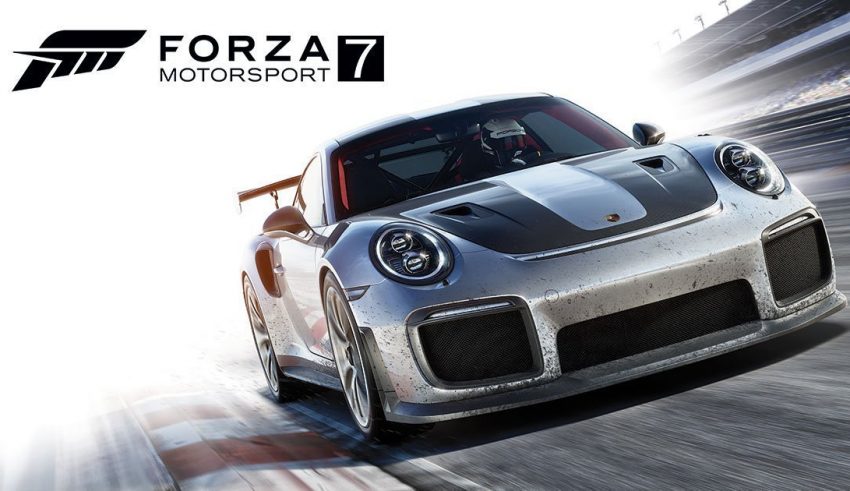 Watch the new 4K Forza 7 gameplay video in 60 FPS to experience the Xbox One X now.

In the new Forza, you will experience new weather coming into the track. This is not just about a sunny or a rainy race. Throughout the race weather will change and with it the track. Adding to the realism, you will see puddles get bigger and this will dramatically impact how you drive. Just as the perfect line changes on a real track when it rains, you will need to adjust in Forza 7.

In the new Dubai track, the heat will impact your car wearing out your tires faster. There is a good chance that heat will impact your brakes and engine as well. Porsche is back in Forza, and at the event, the car company unveiled a new Porsche to the world for the first time. This is what’s in Forza Motorsport 7;

Forza Motorsport 7 is available for pre-order at Amazon, Best Buy, and other retailers. The base version of the game is $59.99 and there is a special Forza 7 Ultimate Edition for $99.99. Amazon Prime members and Best Buy Gamers Club Unlocked members can save 20% on the game already.