EA’s Star Wars Battlefront 2 beta kicks off in a few hours and there are some very good reasons to try it out on the Xbox One, PS4 and Windows PC ahead of its official release next month.

EA says the Battlefront 2 beta is among the biggest its ever released and that comes as no surprise. The beta includes the 40 player Galactic Assault mode, the highly anticipated Star Fighter Assault Mode, and a single-player mode. The beta will also feature several challenges for gamers to conquer.

It’s substantial and some of you will want to give it a shot when you can. Remember, the beta doesn’t open up to the general public until October 6th. The October 4th date is for those that’ve pre-ordered the game.

The Star Wars Battlefront 2 beta won’t last forever and here are some reasons to give it a shot before it closes for good on October 9th.

This is a beta which means it’s a pre-release version of Star Wars Battlefront 2. We’re getting close to the official release date, but your feedback could help improve the final version of the game.

As you play the Battlefront 2 beta you’ll want to send in the bugs and problems you see. This way, the developer can fix them ahead of the game’s final release in November. 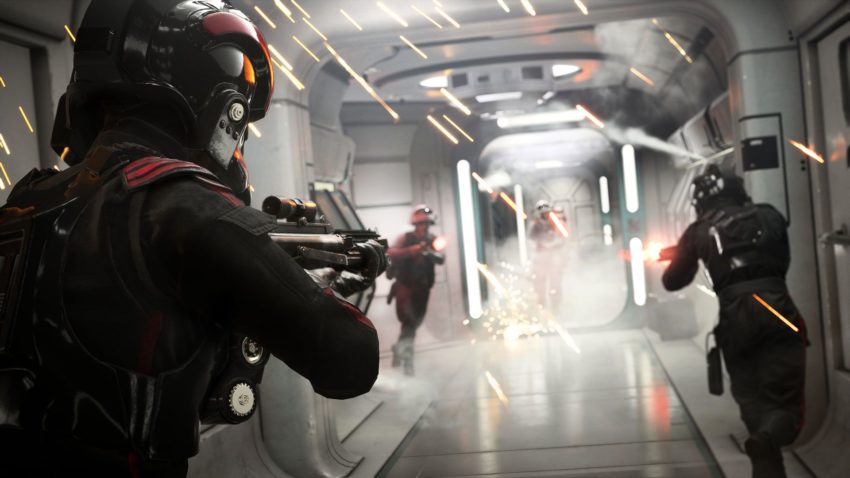 You’ll also want to send in feedback about the game’s features. This way, the company can evaluate the various guns and classes and improve the game’s balance.

If you can’t stand bugs and problems, and DICE’s games are well-known for them, you’ll want to give the beta a try and help the developer weed out as many issues as it can.

If you’re interested in playing Battlefront 2 on a PC and your rig is getting up there in age you should use the beta to stress test your hardware.

If you install the beta and the game plays horribly you might want to invest in some new hardware/software ahead of the game’s release date in November.

EA DICE recently outlined the minimum and a recommended requirements. If your specs fall below the recommended specs, we highly recommend trying the beta before you buy the final version of the game.

You should also test your internet connection. If you’re constantly lagging, it might be time to upgrade.

You’re On the Fence

If you’re unsure about Star Wars Battlefront 2 or you simply want to affirm your decision to pre-order, you’ll want to try the Battlefront 2 beta.

If this is going to be your first experience with a DICE-made game, jump into the Star Wars Battlefront 2 beta and see what you think.

If you normally play a game like Call of Duty, this will have a much different feel. Some of you might love it, others might be better off buying Call of Duty World War II or similar.

If you’re planning to buy the game for someone else, like a young child, you might want to play it and make sure it’s appropriate. Star Wars isn’t as gruesome as DICE’s Battlefield franchise, but it still features guns and explosions.

If you’re on the fence about this game, trying the beta is a smart decision. Remember, the beta is free and opens up to all players on October 6th.

Get Familiar with the Game

The Star Wars Battlefront 2 will help you get familiar with the game’s movement (this is extremely important in these types of games), vehicles, game modes, characters, special abilities, weapons, and so much more.

Getting familiar with the content will help you make a decision about whether to buy it and it will also give you an edge over people who decline to try the beta.

The beta will also help you get familiar with one map from the Galactic Assault mode and one from Star Fighter Assault mode. As you play, you’ll start to figure out the best spots for offense, defense, sniping, and, if you must, camping.

If you start mastering the different characters, weapons, maps, and the game’s movements you’ll be in great shape when the final version arrives in November.

Teamwork is important in the Star Wars Battlefront series and you’ll have more fun, and win more, if you have friends fighting by your side.

Some of you already have a group of people to play Battlefront 2 with. Others don’t.

If you don’t have a team and you really want to get the most out of this game, we recommend trying the beta and attempting to find some people to team up with.

Playing with friends will make the game a lot more fun and it can also help you put together win streaks. Teamwork is essential in objective-based games like Battlefront.

As you play the Battlefront 2 beta look for team players and people you enjoy playing with and make contact with them. If you link up it’ll help make your experience with the final version of the game much more enjoyable.

13 Things to Know About Battlefield 1 In The Name of The Tsar
Related Topics:Gamingstar warsStar Wars Battlefront 2Technologyvideo games