DICE is rolling out a new Battlefield 1 patch later this month and today we want to guide you through the update’s release date, release time, and changes.

The January 2018 Battlefield 1 update looks like it will be a substantial update for Xbox One, PlayStation 4, and Windows PC owners.

In addition to the usual set of bug fixes and enhancements, the January patch is set to deliver the second half of the Turning Tides DLC to Premium Pass holders and anyone looking to buy the DLC as a standalone expansion.

Last month, DICE pushed the Turning Tides Gallipoli campaign to Premium Pass holders inside the December patch and this month it will release the DLC’s North Sea content which includes a new faction, two new maps, and a brand new vehicle to use against your enemies.

The release date is extremely close and today we want to go over everything we know, and think we know, about the January 2018 Battlefield 1 patch for your console.

DICE’s confirmed an official release date for the January patch. 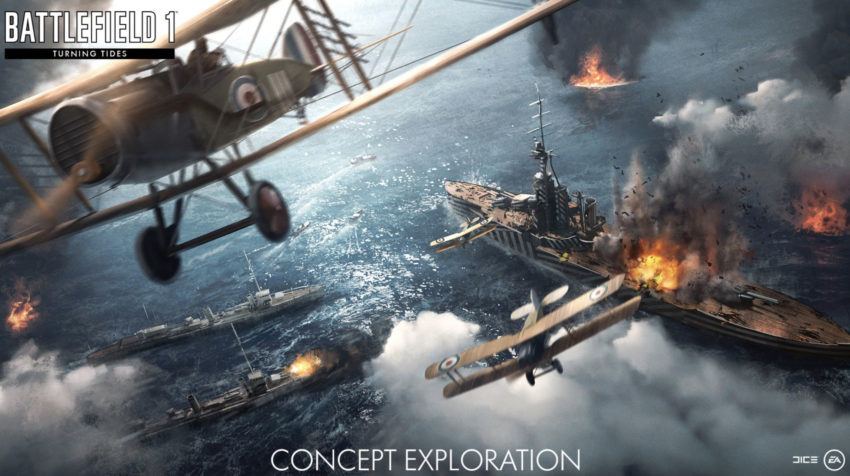 The North Sea Turning Tides content will arrive alongside the January update on January 30th. This is the release date for the Xbox One, PS4, and Windows PC.

The January 2018 update will roll out after some downtime for the Xbox One, PS4 and Windows PC. Here’s what the January 30th roll out looks like for your console:

The January patch will be accompanied by the North Sea content from the Turning Tides DLC. 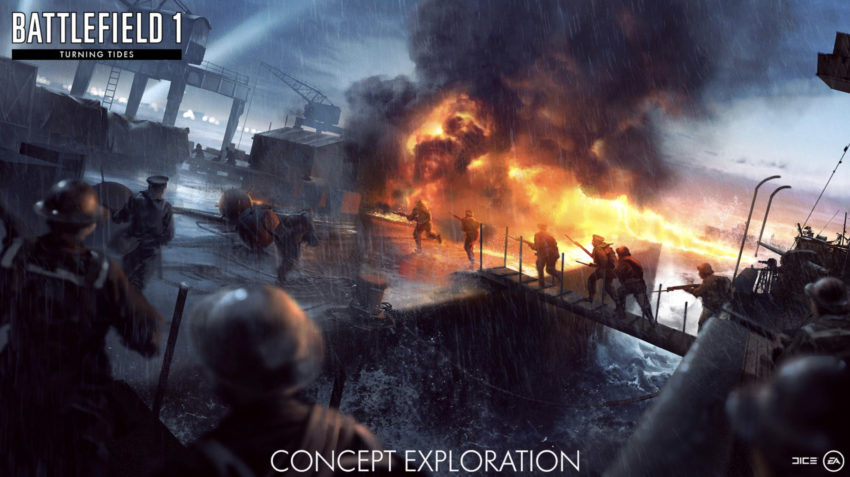 Battlefield 1 Premium Pass holders will get a two week head start on the North Sea content. Once that period ends, the DLC will go on sale as a standalone piece of content for $15.

For details on those changes, take a look at our guide to Turning Tides.

The January patch is also set to bring a long list of bug fixes and tweaks to Battlefield 1. The list is subject to change, but we expect most of these changes on board the finished product.

In this update, DICE is slightly tweaking the damage models for several Medic rifles. This is mainly through setting up a damage curve so there’s better control over their Bullets To Kill (BTK) steps.

The bipod for LMGs will now remove spread increase while firing entirely when mounted, however the reduction in horizontal recoil is smaller than before. Overall this change makes heavy MGs with high first shot spread multipliers benefit slightly more from the bipod, while high fire rate LMGs with high horizontal recoil will receive less benefit.

Due to the size of the list, we expect the January 2018 update to be a fairly sizable download. The update will be a mandatory download for all players, not just those who own the Premium Pass.

DICE’s surprisingly confirmed the rest of its DLC plans for 2018 and Apocalypse is going to follow closely behind the January update and Turning Tides North Sea.

The company is planning to release one more Battlefield 1 DLC expansion after Turning Tides though Apocalypse is still without a specific release date. That said, we do have a release window.

The Apocalypse DLC is scheduled to arrive in February and we expect it to arrive alongside the game’s mandatory February patch for Xbox One, PS4, and PC.

Those who can’t wait until February to try the new content can give Apocalypse a spin right now on the Battlefield 1 CTE. The DLC’s replaced Turning Tides.

For more on Apocalypse and its maps, take a look at our roundup below.