Yes, you will need to pay for these Twitter apps, but they are worth way more than what the developer is charging. If you enjoy Twitter, you will love these best Twitter apps.

When we hear people complaining about how Twitter works, not seeing the Tweets they want to see and other common Twitter problems, we don’t experience most of these because we are using the best Twitter apps instead of the stock app. 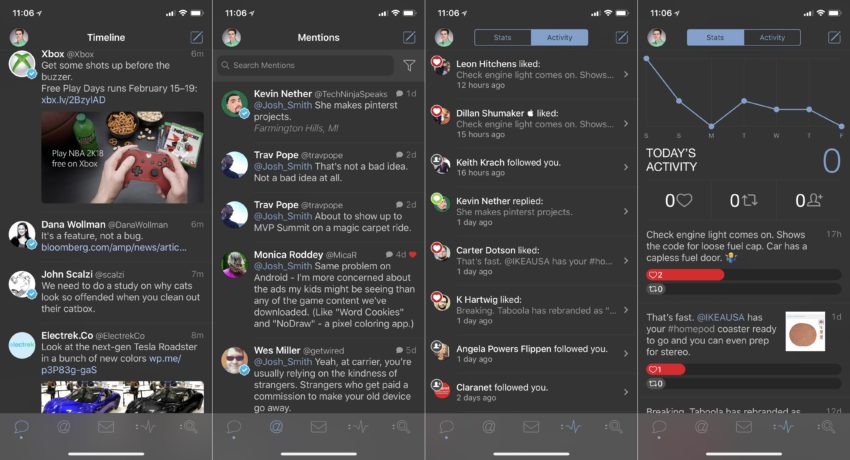 Tweetbot is the best Twitter app for iPhone or iPad.

Tweetbot for iPhone and iPad is the best Twitter app you can buy. It’s incredibly simple to use, but you can also customize controls and amp up what it can do if you are a power user.

You always see Tweets in the traditional timeline view, support for lists and searching is top notch and the overall layout makes it simple to stay on top of you timeline as well as notifications and replies. Tweetbot supports multiple accounts and can sync with Tweetbot for Mac.

One of the best features is how easy it is to mute something. If you want to stop seeing a hashtag, simply long press on it and choose how long to mute it for. This can clean up your timeline in a second without unfollowing someone or jumping through hoops.

There are tons of gestures that allow you to quickly read a thread, reply and more. You don’t need to use these features if you don’t want to, but they are there if you want them.

Download the App for $4.99: On iPhone, iPad and Apple Watch 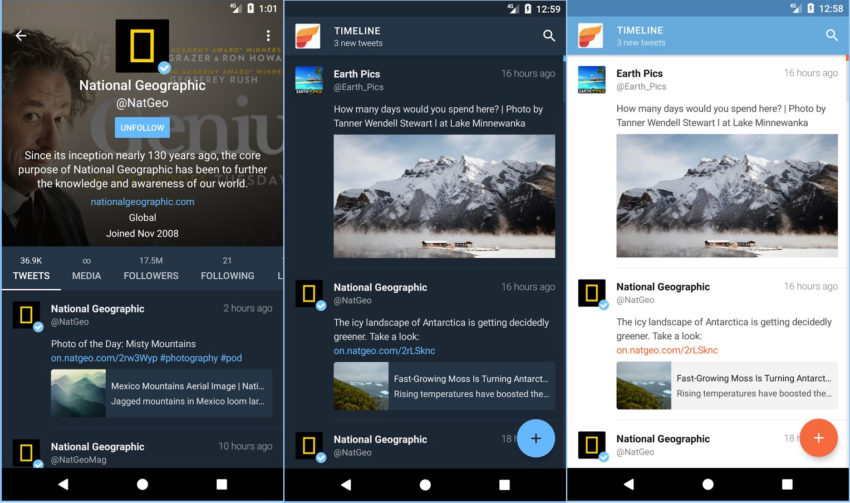 Fenix 2 is the best Twitter app for Android. This app looks great and it includes a lot of customization so that you can make your main screen look just like you want it. Fenix 2 supports multiple accounts and includes video and image previews for most major sharing sites so you can see them right inside the timeline.

Enjoy a very nice conversation layout if you are reading a back and forth between users. You can also mute users, hashtags or keywords to keep people or specific topics out of your timeline.

Multiple themes including light and dark options add to the beautiful look of Fenix 2.

Tweetbot for Mac is the best Mac Twitter app.

Tweetbot is also the best Twitter app for Mac. Instead of using the Twitter website where, again, timelines are messed up and you don’t have much control over the style, you can use Tweetbot.

The Tweetbot for Mac app brings the features from iOS over to the Mac, and your timeline progress can sync across the platforms so you are always at the same spot. It’s designed for Retina Displays and supports Notification Center. You can also use multiple window options to keep your preferred information up in front of you and easy to see.

You get the same mute filter support as on iPhone and you can also connect to a wide variety of 3rd party services. 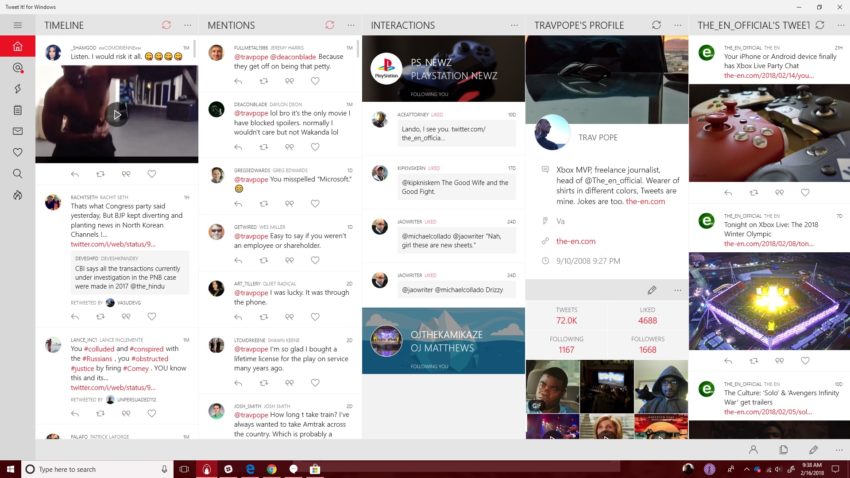 On Windows forget the Twitter website and install Tweet It! for Windows. This app allows you to upgrade your Twitter experience on Windows and it includes Live Tile Support as well as the ability to handle up to 3 accounts.

With push notifications you can reply to tweets without opening the app. You can also sync your Timeline position between multiple devices. Customize the columns so that you can get the layout that fits how you use Twitter best. You can use phrase filtering to mute keywords, hashtags and users.