With the Samsung Galaxy S8 now official and coming soon buyers are weighing their options and wondering how it compares to the Galaxy S7. From the beautiful new big screens to a rear-mounted fingerprint scanner. This is what you need to know about Samsung’s latest and greatest.

After months of leaks and rumors the Galaxy S8 and bigger Galaxy S8+ were officially announced on March 29th. The release date is April 21st, and pre-orders are available as we speak. Here we’ll be comparing both and detailing what’s new and what they have to offer.

Samsung’s devices from 2016 are still great phones, but a new generation of Galaxy is here. That being much bigger screens, tiny bezels and what’s being called the Infinity Display. Samsung really took the design to new heights, and delivered what could be the best phone of the year. 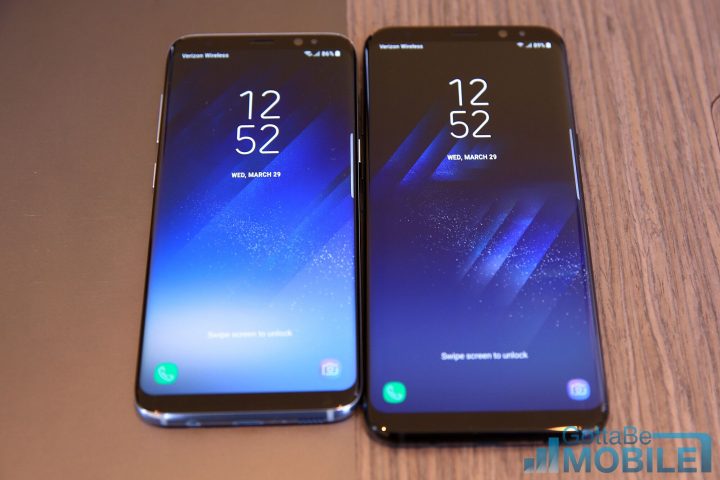 In 2016 Samsung released the Galaxy S7 and a bigger curved Galaxy S7 Edge. They have a premium metal design, water-resistance, a microSD slot and one of the best cameras in any smartphone. Building on the success of the Galaxy S6, while refining it in key areas.

For this year they followed a similar path of success, while improving it across the board. Samsung kept the design many love and just made the phones much bigger. In fact, the Galaxy S8 has a 5.8-inch screen while the S8+ is 6.2-inches. The front is almost all screen, but the phones aren’t physically much bigger. It’s impressive, really. Pair that with key upgrades, and the Galaxy S8 looks like a great buy.

If you’re eligible for an upgrade and are trying to decide on what’s available now, or to wait, we may be able to help. We wouldn’t recommend getting the Galaxy S7 right now, or the LG G5 and V20. Instead, get the Galaxy S8.

Whether it’s a decision based on price or someone looking to upgrade, we have all the details. Check out the slideshow below full of helpful information, photos and more.