How to Play Madden 17 Early

The Madden 17 release date is August 23rd, but this is how you can play Madden 17 early.

Thanks to EA Access you can play Madden 17 early, and if you haven’t pre-ordered the game you can try it out without waiting for any kind of Madden 17 demo or beta. Which is good since neither of those is actually coming.

After some issues on day one, the Madden 17 trial is now available for all to play.

You need EA Access which is $4.99 a month or $30 for a year. It includes access to a catalog of older games, 10% off digital purchases including Madden 17 and Madden Points and early access to games like this one. There are also plenty of other Madden 17 deals available. 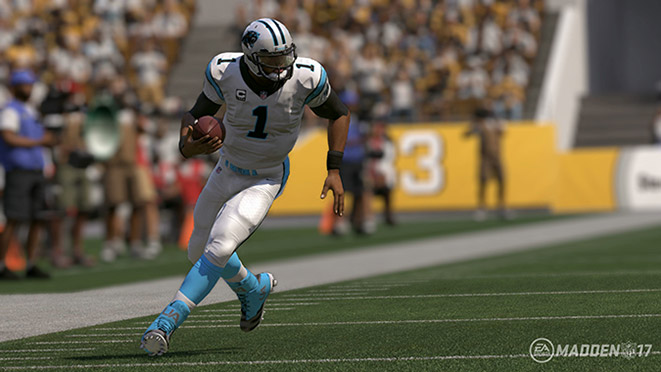 Learn how you can play Madden 17 early.

There is no EA Access for PS4, so you can only play Madden 17 early on the Xbox One and Xbox One S. If you buy the new Madden 17 bundle you get a free month of EA Access.

This is what you need to know about this option to play Madden 17 early.

The early Madden 17 release date is August 18th through EA Access. That’s five days ahead of the normal release date.

The early Madden 17 release time arrived shortly before 12 PM Eastern, and it is now available for players to download. 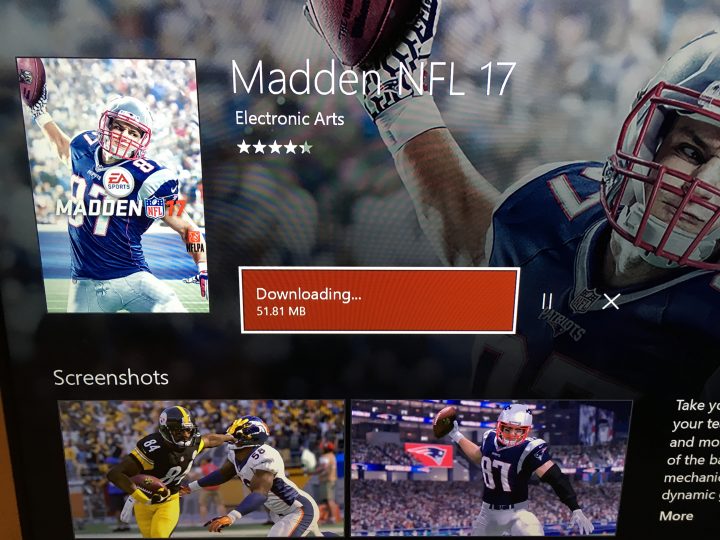 If you are an EA Access member there are two ways to start the Madden 17 trial download on your Xbox One.

Open the EA Access app and go to Game Trials at the top. Go to Madden 17 and then choose download trial.

You can also go to the Xbox Store and search for Madden 17. If you are a paying EA Access member you should be able to download the trial directly from this page.

The Madden 17 download is 24.8GB, so expect that it will take a little while to download enough that you can play.

Don’t count on any Madden 17 pre-load for the early access portion of the game. This will be a large download, but you should be able to start it remotely from your computer or the Xbox One app on your phone or tablet. If you do this the game will start downloading as long as your console is set up to automatically download updates.

The only real limitation on the game is that it is limited to 10 hours of gameplay. EA has offered six-hour trials before, but today confirmed this is a 10-hour Madden 17 early play option.

You can play a game or two, then quit the game on your Xbox One and the timer will stop. It only runs when you are in Madden 17.

This is the full Madden 17 game that is coming to other players on August 23rd. This is not a demo, beta or limited access version of the new Madden.

Any progress you make in Madden Ultimate Team and other modes carries over to the final release. This allows you to get a head start against your friends and online opponents.

When the official release date arrives you can put your disk in or buy Madden 17 digitally and you don’t need to install the game to play, since it is already on your console.

It’s especially useful considering the new Madden 17 features that you will need to master.