Microsoft gets the credit for creating the tablet that could replace a laptop, but it was Apple’s iPads that pioneered tablets. The iPad made tablets modern, effortless to use and a must-have household item. The iPad Pro was a category defining device even if it didn’t arrive before the Surface Pro 4 became the best productivity tablet ever. Therefore, it is no surprise that iPad Pro alternatives with Android are slowly growing in number.

The iPad Pro has two incarnations, both of which are the best in their class. The larger, 12.9-inch iPad Pro was the first to launch. It is dominated by a 2732 x 2048 resolution display and a TouchID fingerprint reader. The 9.7-inch model has a 2048 x 1536 resolution display on its front. A fast Apple A9X chip keeps both devices speedy when opening apps or multitasking in Apple’s iOS. Ports along their edge allow them to effortlessly pair with a keyboard cover that is a lot like the Surface Pro 4 keyboards that Microsoft and its partners offer. There’s also the completely optional Apple Pencil, which gives users a natural way to write notes and create digital drawings. 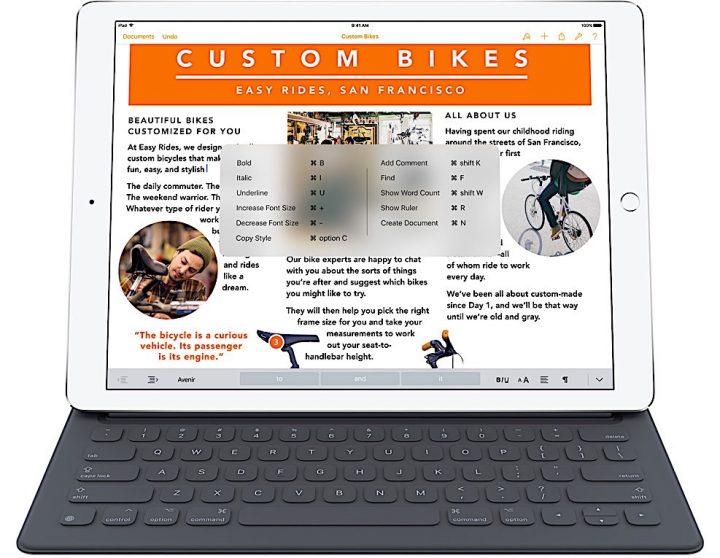 The best iPad Pro alternatives could also help you replace a laptop.

Read: iPad Pro Review: Why I Returned the new iPad

The best iPad Pro alternatives with Android offer many of these features. What’s more, these tablets have some unique ideas on what being a Surface Pro 4 alternative is all about.

Why We Need iPad Pro Alternatives with Android

Chief among these reasons is price. Apple isn’t exactly known for offering its hardware at reasonable prices. The cheapest iPad Pro 12.9 costs $799.99. The lowest priced iPad Pro 9.7-inch costs $599.99. That’s without the Apple Pencil or the tablet’s add-on keyboard. That’s also with as little storage as possible. Android hardware makers have a knack for making devices that have a similar fit and finish to Apple’s products while not costing nearly as much.

There’s also consistency to consider. Apple dominates smartphone profits, but devices running Android collectively outsell the iPhone quarter after quarter. iPad Pro alternatives make a lot of sense for users who already own an Android phone. One operating system across all your devices makes managing accounts and digital purchases a lot easier.

Great iPad Pro alternatives with Android give you all the basics of the iPad Pro, sometimes without the lofty price tag. They each offer access to the latest versions of Android. Staying relatively current with the latest version of Android is key. Apple upgrades its devices in lockstep with new hardware at the end of every year.

Read: Android Tablets vs Windows 10 Tablets: What to Buy

Pen or keyboard support are important too since those are two things that were key to the Surface Pro 4 and iPad Pro’s appeal. At the very least, good iPad Pro alternatives offer keyboard support so that users don’t have to worry about tapping on their touchscreens when they need to write an email or create a document.

Here are the 4 best iPad Pro alternatives with Android.